Rewatching ‘Indecent Proposal’ in Light of the Remake 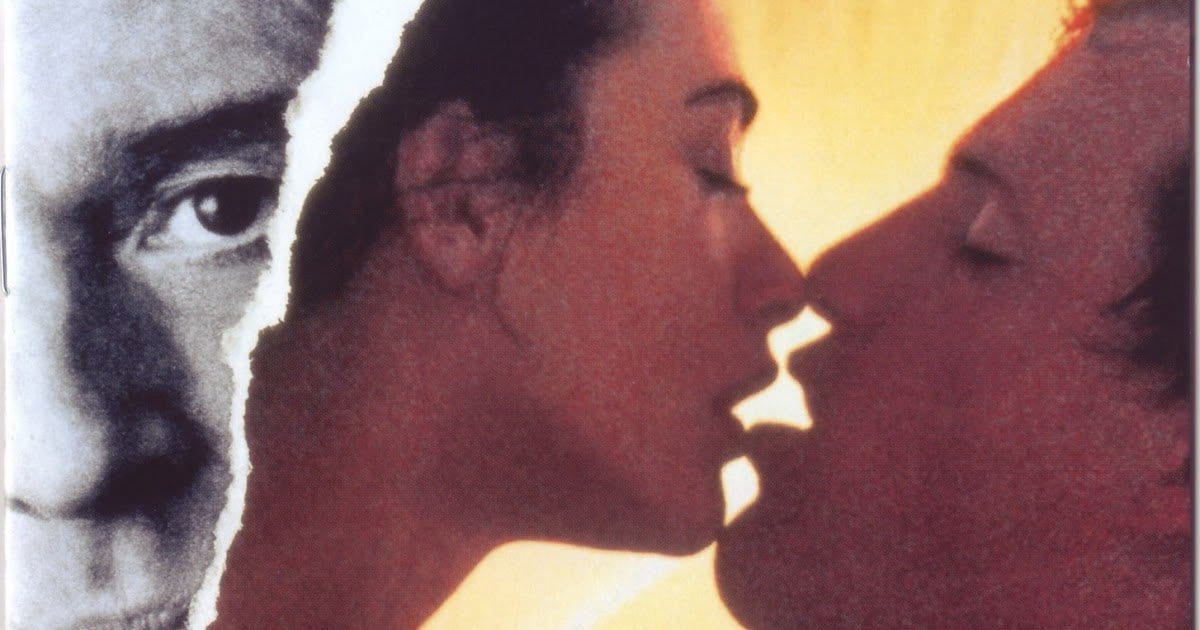 For some reason, a clip from this movie appeared on my YouTube recommended list. I was feeling particularly nostalgic, so I watched it. Demi Moore (Diana) is a transcendent kind of beautiful, and so mesmerizing to watch. I think that is one of the reasons why Ghost is one of my favorite movies.

While I was on Reddit trying to source out discussions on the movie, I saw a few posts about the movie being remade. This surprised me, since the movie was pretty much a Razzie fest (they got Worst Movie, Worst Supporting Actor and Worst Screenplay). So I decided to rewatch it, in part to figure out where they might go with this new offering. 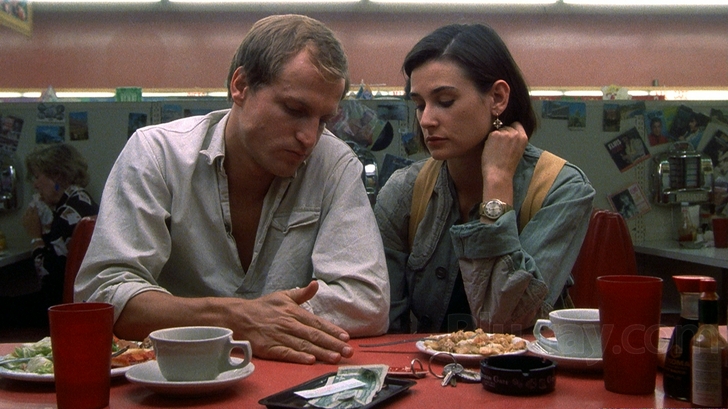 The premise of the movie is a simple one: is it possible to put a price on love? A rich man (Robert Redford) offers you a million dollars for one night with your wife, what is your response? The movie suggests that when this is asked hypothetically, the answer is usually no. But when there is real money involved, the answer might change.

Of course, I think this is the  part that will stay the same, as it is the main driving force of the plot. 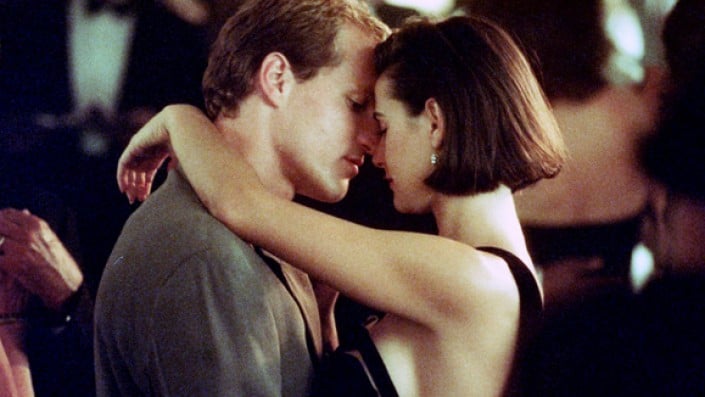 I think one of the areas where the movie could use more work is the development of the softer aspects of love. Most of the time, it functions like a torrid romance novel that we would read under the bed covers late into the night. After they fight, they have sex, probably because they are so riled up with passion. They win money, they have sex on the money, which makes me pity the people they give the money to afterwards. Their interactions with each other always revolve around sex.

Don’t get me wrong, I am not adverse to sex on a movie screen. They can sex up and steam up our screens however they want, but that’s not the only thing that makes a relationship, is it?

There are just some really bad elements to the writing. Firstly, there is a lot of telling in the exposition, as opposed to showing. We are told that she fell in love with him because of his blue eyes (how compelling) and that she likes how he makes her look at things differently. Show me! Don’t get me started on the inane spiel they consistently say to each other.

Moore: Have I ever told you I love you?
Harrelson: No.
Moore: I do.
Harrelson: Still?
Moore: Always.

It would appear that Erin Cressida Wilson is taking on the mammoth script writing task for the remake. She is most known for penning Secretary and the more recent Girl on the Train. I can’t speak for Secretary since I have never watched it — though I have heard good things — but Girl on the Train was really dull. It went from decent book to a mediocre thriller, and though this could be the fault of the direction, the writing certainly didn’t stand out. Here’s hoping she can whip some magic into the script of the remake.

The reason they even come to the point of deciding to made the deal with the rich guy is because of their financially strained situation. They had made an investment in property for Harrelson’s character (David) to take on as his project (since he is an architect). A recession hits and everything just goes downhill from there. He gets retrenched, she is not making enough sales as a real estate agent because of the recession. They are unable to make the payments on the property and are told that the bank will seize it if they can’t cough something up.

What is interesting about all this is that they don’t break apart because of it. They comfort each other, support each other. Then they decide Vegas is the solution to all their problems, which is a step in the wrong direction. Gambling never solves anything, because you always lose more than you make. Initially, they make 20 grand from their first outing. Instead of paying off what they can and figuring out the rest later, they return to gamble again, and proceed to lose it all, including the money David borrowed from his father. This puts them in the perfect position to actually accept the deal. One million dollars would instantly solve all their money problems.

My thought is this: would this work on a regular couple who wasn’t going through all this financial difficulty? The money issues definitely make us as the audience more sympathetic to David and Diana’s dilemma, and helps us understand why they go through with it.

I think this has always been my issue with the movie, because a woman’s body is traded to benefit the men. Diana doesn’t care about the money, but she loves David and wants him to be able to build his dream house, so she is willing to do it for him, and he allows her. Need I even mention the creepy millionaire businessman who watches her try on a dress, and later asks David whether he can borrow his wife to bring him luck at the craps table?

When it comes to the proposal of one night with Diana to get a million dollars, Redford’s character (John) asks David for his opinion, when Diana is the one who would have to sleep with him. Later on, after the deed is done, David is frustrated with the whole situation, and wants to know if she enjoyed the sex. She wouldn’t be able to win either way. If she said no, he would accuse her of lying, and if she said yes, he would shame her for the pleasure she received through her body. 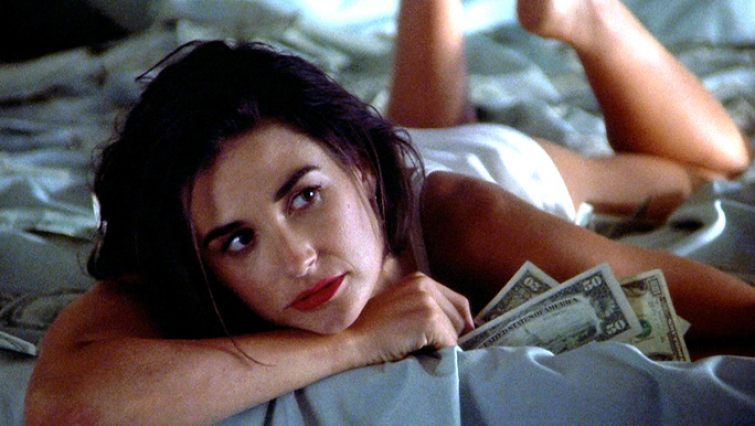 There was also the annoying lawyer friend, who kept reiterating he could get 2 million dollars for a woman like Diana. The comment here is definitely not about her sparkling personality. The reason John even wants her is because of some girl who smiled at him once on a bus, and Diana reminded him of that moment when she did the same to him. Demi Moore is a beautiful woman, but I’m sure there’s more to a woman than just her looks.

Here’s hoping that the remake will do better, though I won’t be holding my breath.

Thank you for reading! What are you thoughts on an Indecent Proposal remake? Comment down below!

If I recall correctly, I thought the movie was kinda stupid.

HAHAHA! I know right. I was cringing during the rewatch. God knows what they have planned.

‘Black Christmas’ is a Disappointing Horror Film for...