‘Pillow Talk’: To Reboot or Not Reboot, That is The Question

On the surface, rebooting a classic and beloved film seems simple. The narrative, characters and fan base are already there, it is just a matter of updating the individual pieces that are outdated. But there is more to it than a simple update. A filmmaker cannot just do the film equivalent of transforming a 1920’s Ford Model T into a modern sports car and think that audiences will flock to the theaters. There needs to be something more to the reboot.

1959’s Pillow Talk is one of the great romantic comedies of its era. The film stars Rock Hudson and Doris Day, the Tom Hanks and Meg Ryan of the late 1950’s and early 1960’s. 60 years after its initial release into theaters, Pillow Talk is still regarded as the ideal romantic comedy, even with certain elements that don’t fly in 2019. The question is, if it were to be hypothetically rebooted, what reasons would a filmmaker have for wanting to make the film and what reasons would a filmmaker have to not make the film?

Reasons to Make The Film

The basic narrative of Pillow Talk is based on an intense dislike of the other character and miscommunication, which is often the basis of many romantic comedies. Right off the bat, Jan Morrow (Doris Day) and Brad Allen (Rock Hudson) dislike each other due to their shared party line. But Jan does not know that Brad knows who she is in real life. Nor does she know that Brad is pretending to be someone else while they are together.

The joke is that the audience knows Brad’s secret. Jan honestly believes that the guy who she is sharing a party line with (and hates with everything that she has) and the guy she is dating (and starting to fall in love with) are two different people. The chemistry between Doris Day and Rock Hudson is there, which is often the mark of a good film. Their on-screen chemistry is so electric that Pillow Talk is one of three films that were made with these two actors in the lead roles. 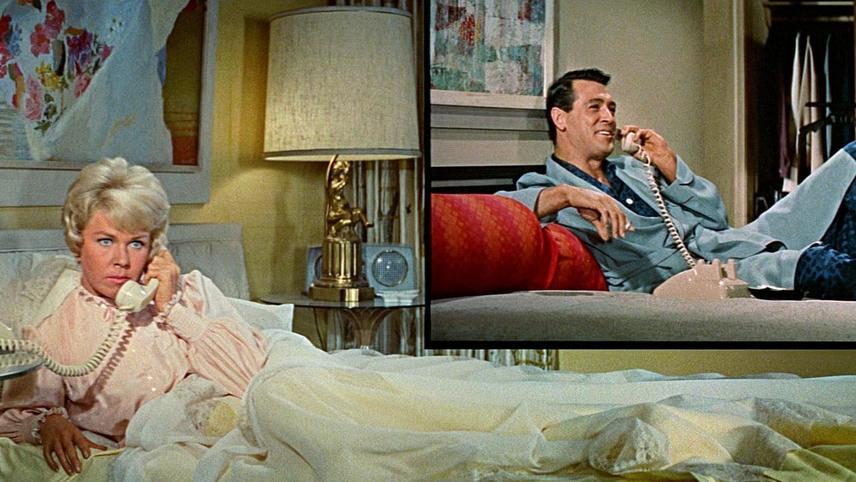 Reasons to Not Make The Film

Rock Hudson was gay. In 2019, he wouldn’t have had to choose between his acting career and his identity as a gay man. But in his time, being gay was not just illegal, it was considered to be immoral. While his sexuality was known in Hollywood circles, the average moviegoer was purposefully kept in the dark about Hudson’s personal life after the cameras stopped rolling. In today’s modern cultural climate, a film starring a gay actor who is playing a straight character who pretends to be gay (and a stereotyped gay character to boot) to get a date would not be received well by audiences.

As stated above, the on-screen chemistry between the film’s two leads was nothing short of electric. While there are many actors who would be able to take on the roles that Day and Hudson played in 1959, re-creating that chemistry might be easier said than done. Chemistry between two lead actors, especially in the romantic comedy genre cannot be artificially created. It’s there or it’s not there. Period.

Down with Love Tried to Revive Pillow Talk

The best complement to any film genre or individual film is the perfect satire. The 2003 film, Down with Love, starring Renée Zellweger and Ewan McGregor (playing characters similar to the ones played by Doris Day and Rock Hudson) is more like a satirical homage than a straight up reboot. With a 60% approval rating on Rotten Tomatoes, the film is decent, but it does not hold a candle to its predecessor.

The Question is, Should The Film be Remade?

Just like every genre, every era has their iconic classics. For many classic movie fans, Pillow Talk is not only one of the greatest romantic comedies, but it is also a symbol of the slow burning change that was happening during the late 1950’s and early 1960’s. As a fan of the film, I would honestly say that Pillow Talk should not be remade. Even though modern audiences might not be entirely comfortable with the actions of Rock Hudson’s character, they cannot deny that for that period, the narrative works for the film. Some also might be able to argue that Hudson being a gay man in real life and playing a gay character (even if he is a stereotype) is a small step toward recognition and respect of the LGBTQ community.

It has been said that all that glitters is not gold. The same could be said for remakes and reboots. Some films, when they are rebooted not only respect its predecessor, but add something new to the narrative. But I fear that a potential reboot of Pillow Talk would take away from its beloved charm. It’s just hard to recreate something so magical. In short, this 1959 gem should remain as it is.

image via The Blonde at the Film

Thank you for reading! What are your thoughts on Pillow Talk? Comment down below!

I agree with you on Down With Love: it’s more of a satire than anything. I enjoyed it but it could never hold a candle to the original, which I absolutely adore. When you mentioned that Rock Hudson was gay, I couldn’t help but think of David Hyde Pierce in Down With Love — a gay man playing a straight character. I guess I was used to that because of his portrayal as Niles in Frasier, but you’re right that even just ten years later, that kind of thing wouldn’t fly anymore.

I haven’t seen Pillow Talk yet.

The only way to remake it would be as a period piece. The party-line aspect is key to the movie and there’s no way to get that old-fashioned tech in the 21st century. And no, I can’t see anything we’d gain by doing that.

I say leave it be.

‘The Prom’ Is Imperfect, But Full of Feel-good...