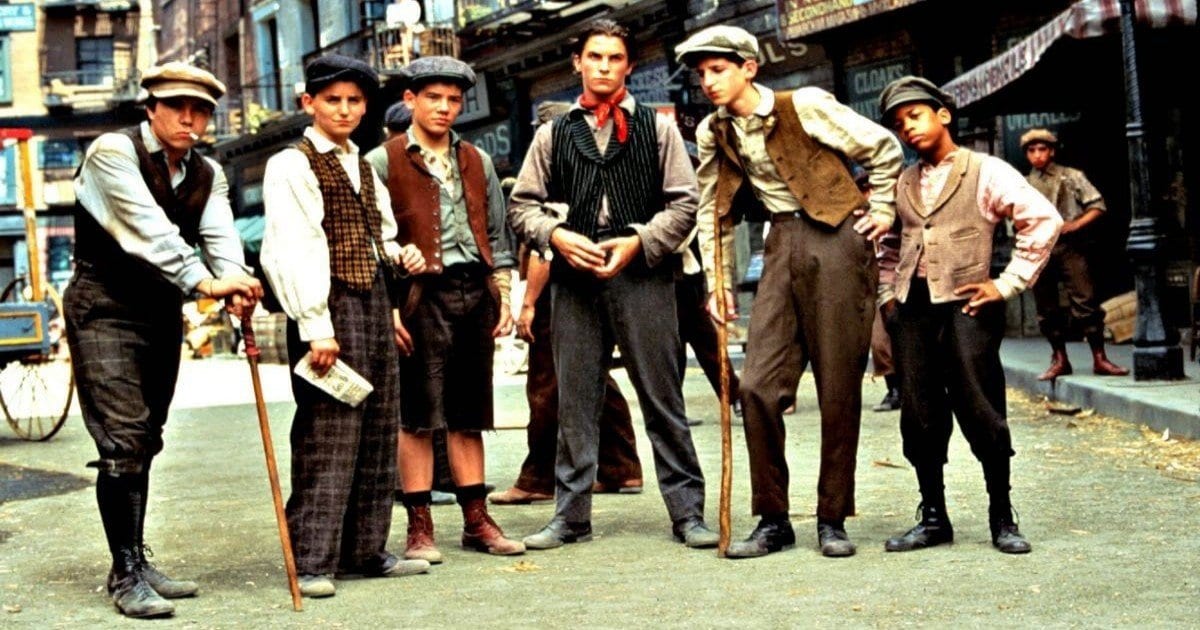 Christian Bale is one of the most respected actors of our era. Like Daniel Day-Lewis and Gary Oldman, he immerses himself so deeply into his character that the audience forgets that they are watching him play a fictional character in a fictional narrative. But in the early 1990’s, he was just another young actor hoping to build his career and reputation. In 1992 and 1993, Bale played two young men who rebel not just for the sake of youthful rebellion, but for a greater cause. 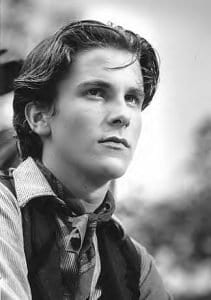 In 1992, Bale played Jack Kelly in the Disney movie musical Newsies. Based on the true story of the 1899 Newsboys Strike, Jack is the unlikely leader of a ragtag and orphaned band of boys who earn a meager wage hawking newspapers to the public for a penny a paper. Without a home or a family to call their own, these boys get by on their wits and street smarts in turn of the century New York City. Charismatic, smart mouthed, intelligent but not book smart and a little bit hot-headed, Jack is not just the voice of the newsboys who want a fair wage and are willing make their voices heard via a strike. He is the voice of everyone who has ever been denied respect and equality because they are not part of the upper echelons of society.

Are the Critics Wrong About Newsies?

On Rotten Tomatoes, the film has a score of 39%. If I were looking at the film as an adult, I would say that the critics are right because a film about labor relations is not exactly the average narrative that is made into a musical. To be fair, Newsies was originally envisioned as a straight drama. At some point during the production, however, the decision was made to change the format of the film from a drama into a musical. But because I have loved Newsies for a quarter of a century, I would say the critics are wrong.

The critics are wrong, because, in spite of the cheesiness of the film, the narrative works. The story of underpaid and underappreciated worker who fights for a fair wage and respect from the bosses will never go out of style as a narrative. As a character, Jack speaks to the audience. He is not just some hotheaded, big-mouthed kid who goes along with the protest for shits and giggles. He knows that he is fighting for something bigger than himself and his personal needs. In 1993, Bale played Thomas Berger in the film Swing Kids. The film is based on the young people in 1930’s Germany who were referred to as “Swing Youth”. Instead of joining the Hitler Youth, these kids eschewed the Nazi establishment. In other words, they were the counter-culture of their day. They wore British fashion and loved American Jazz/Swing music. Bale’s character, Thomas is an enthusiastic member of the Swing Youth until an encounter with the authorities changes his outlook.

Are the Critics Wrong About Swing Kids?

On Rotten Tomatoes, Swing Kids has a score of 50%. Again, If I were looking at the film as an adult, I would say that the movie does have its good points. It tells a story that, among World War II stories, is not normally told on film. The dance hall scenes are flashy, fantastic and add a layer of fun/rebellion to the film. However, the narrative is a little too paint by numbers. Bale’s character goes one in way in terms of his character arc, his best friend, Thomas Muller (Robert Sean Leonard) goes in the opposite direction.

However, the young person in me who fell in love with the film years ago would say that one has to be in a certain state of mind to truly appreciate this film. This film is not just about youthful rebellion and giving the middle finger to the adults/establishment. It’s about a group of kids who were not willing to become a machine and blindly follow what we know today to be a dictatorship that was responsible for the death of millions of innocent people.

So What Do We Make of These Two Films?

When it comes to Newsies and Swing Kids, I don’t think that the critics are entirely wrong. However, I don’t think they are entirely right. Both films have flaws that could have been fixed during the pre-production or production process, but hindsight is always 20/20. That being said, the fact that both films have a cult following more than two decades after the release says that the filmmakers did not screw up completely. Both Newsies and Swing Kids have a heart and a message about standing up for what you believe in. I’m sure there will always be an audience for that message.

Thank you for reading! What are your thoughts on Newsies and Swing Kids? Comment down below!

I loved them both!!

I love Newsies. I would rather watch the stage version of the musical- that is the best (even better than the 1992 movie, I believe)

I loved the stage production. A brilliant piece of theater.

They ain’t wrong about Swing Kids. That was a strange film only saved by the fact that it had some good swing music. Newsies, on the other hand, is a delightful film and does not deserve the dreaded Rotten Tomatoes slander it receives.

I agree with you about Newsies. Swing Kids does, however, have it’s merits.