What if Glenn Close played the American president instead of Harrison Ford? 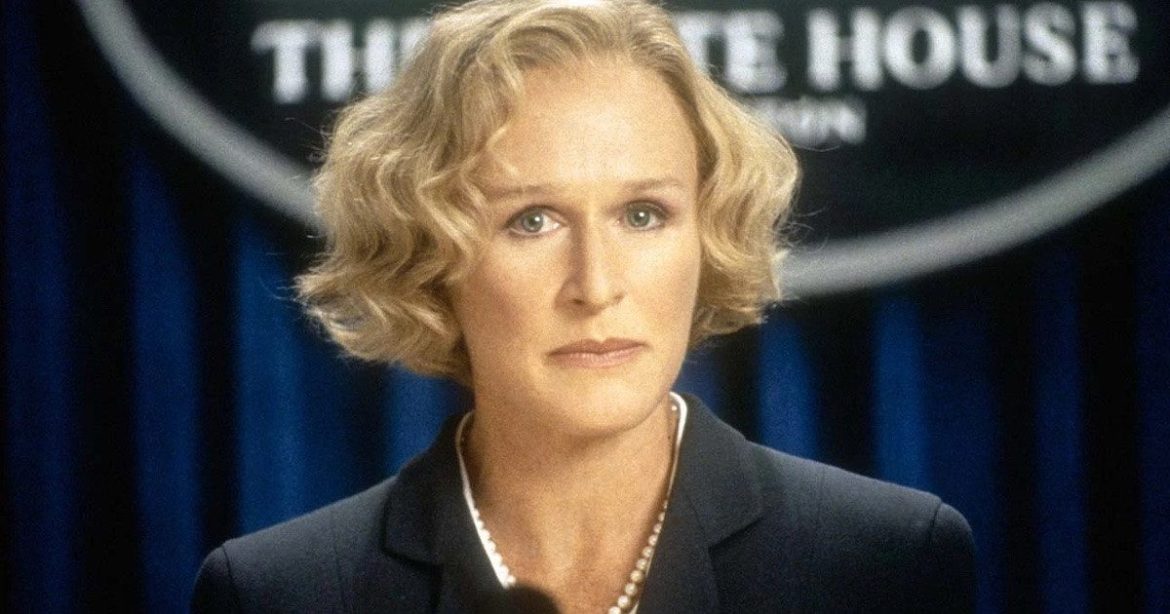 Harrison Ford is the beloved American President, James Marshall, in Air Force One. Glenn Close plays Vice President Kathryn Bennett who uses all her resources to save the president and his family on the titular plane. These roles are iconic in cinema.

But what if they were switched?

What if Bennett were the beloved American President and Marshall was the concerned Vice President? What if we made Glenn Close an action hero?

At the beginning of Air Force One, President James Marshall announces that they will no longer sit back and allow atrocities to happen but will instead use all force necessary to quell opposition. The world receives this news well (minus Gary Oldman’s Ivan Korshunov and his band of terrorists); however, how would it have been received if the President had been a woman?

If Bennett had stood up to the podium and said America would no longer take the passive route, what would the public have thought? Would have they found this new stance just the emotional swing of a woman or would they have wholeheartedly approved it as they did for Marshall?

The public would definitely be a lot more split. They’d want to take the harsher stance, but they would also note that it wasn’t a good look to bring down the hammer that hard that quick, especially if a woman was the one making that decision. It’d be interesting to see a divided public’s opinion on the hijacking of Air Force One if the president didn’t have a near 100% approval rating.

If a female president were in danger, you already know that every man on that plane would be trying to play the hero. Everyone would want to be the guy to save the damsel in distress. This would be a great obstacle to throw in Bennett’s way. Not only does she have to fight off the terrorists, but she also has to fight off bumbling rescue attempts from her own people.

When Marshall is the president, Bennett in the situation room trusts Marshall to use his military experience to save himself and the people on the plane. Would Marshall be as trusting if Bennett were in the same situation? Would anyone trust her to use her survival skills to save the people?

It would make for a great feminist moment in a genre with few and far between.

Harrison Ford is generally the leading man in almost every movie he is in. To push him aside to a secondary character rather than the main character is a bold move. It’s bold enough to make people notice. People would go into Air Force One expecting to hate it because our beloved Indiana Jones was just the man behind a desk. Instead, audiences would find themselves rooting for Glenn Close, the most powerful woman in America.

Ford is fascinating as a side character. His most memorable performance in this role to me is Apocalypse Now. With a role that doesn’t last longer than a few minutes, Ford steals his scene. Playing a young colonel giving mission orders to Captain Benjamin Willard (Martin Sheen), his nervousness and almost innocent demeanor pull you into the scene.

Ford could recreate that type of performance in Air Force One. Rather than just being the Vice President frantically trying to coordinate rescue efforts from the situation room, he could be an authority of his realm. His scenes wouldn’t just be filler until we get back to the main action. He could be just as authoritative as our main character without completely taking over the film.

The action film industry is oversaturated with muscled men who fulfill their purpose to kick butt and look pretty. Glenn Close wouldn’t necessarily be my first choice to enter that industry, but it’s an opportunity I wouldn’t turn down. She has a lengthy background in dramatic films, but not a lot of action. It would be an interesting dynamic to see her use those dramatic acting skills to become an action hero.

A good amount of action is just acting. Knowing how to fake a punch or a hit is just as important as being able to do any sort of stunt. Someone who actually has experience in that would make the movie that much more fun. Putting Close in an action film as the hero would be a riot.

Not many actresses get the chance to be action heroes. I think Close should be a part of that exclusive group. She has the acting chops, the beauty, and the name recognition to be a star. Move aside, Harrison Ford, it’s time for Glenn Close to fight some terrorists!

Thank you for reading! What are your thoughts on Air Force One? Comment down below!