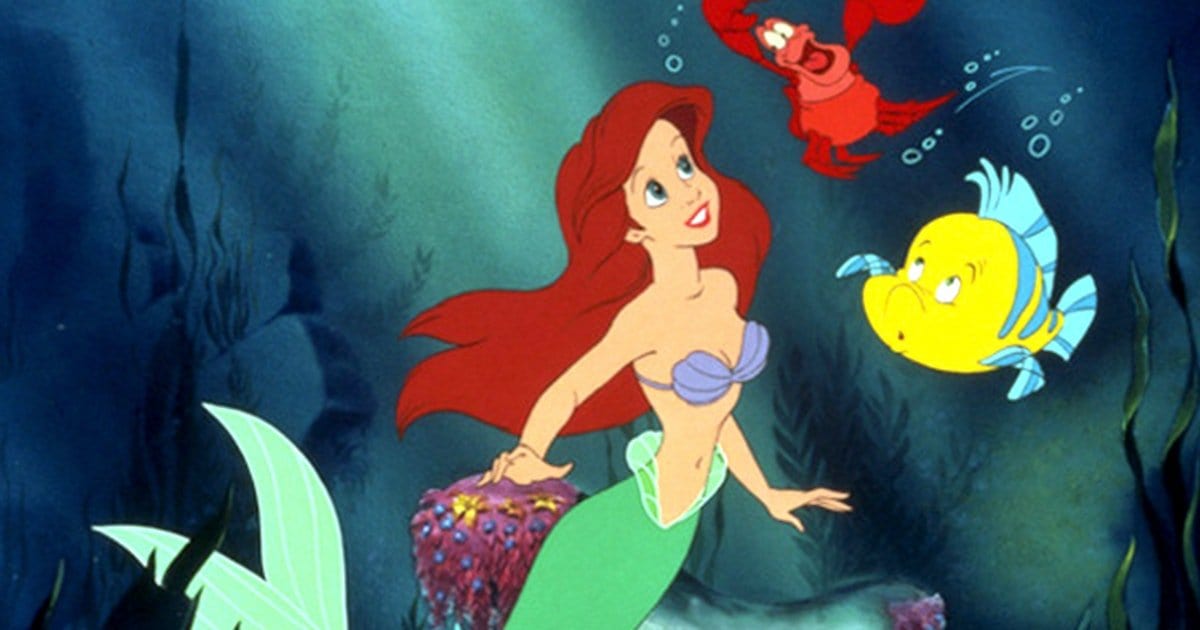 When I was growing up in the 1980’s and 1990’s, the on-screen redheads that my former child self could look to as an icon were limited. There was Anne Shirley, but her story was limited to the small screen. Then The Little Mermaid premiered in 1989.

I Will Always Have an Affinity for Ariel

There is nothing like going to the movies and seeing yourself reflected on screen. Not only did I look like Ariel (voiced by Jodi Benson), but I understood her as well. She was and always will be to a certain extent my animated mermaid sister from another mister. Like many young girls, she wanted to see and experience the wider world. She also had a very overprotective father (like I did at the time), Triton (voiced by Kenneth Mars) who just wants to keep his child safe. Their relationship felt and sounded like any relationship between a father and his teenager daughter.

…But My Adult Self Intensely Dislikes the Standard Princess Track

While my childhood self loves and adores Ariel, my adult self has some issues with the character and her narrative. For lack of a better description, Ariel is on the princess track. Find a man, have a minimal amount of trouble and then settle down with him in a version of happily ever after. Though the more recent additions to the Disney Princess line have narratives beyond men and marriage, the adult writer in me would love to see Ariel go beyond the standard princess track.

Disney’s Not So Twisted Fairy Tale

Fairy tales have been geared toward children for generations. But the genre is not as clean as Disney would like the audience to think. When the creative team decided to adapt Hans Christian Andersen’s classic fairy tale, they decided to remove certain elements of the narrative that are, well, not rated G or PG. But then again, Disney is not known for being canon-accurate when it comes the traditional telling of these stories.

I Hate to Say It, But Triton Is Right

One of the more familiar aspects of being a teenager is thinking that we know everything. Our parents are old fuddy-duddies who want to keep us locked in childhood…because they can. They don’t want us to have fun and be teenagers. Triton, like any parent of a teenage girl, is looking out for his daughter. Ariel, like any teenager, sees her father as controlling and overprotective.

Ariel reminds me of Lydia Bennet from Pride and Prejudice. Like Ariel, Lydia is a teenager who thinks that she knows it all. She thinks that running away with Mr. Wickham without the benefit of marriage is a good idea, in spite of the harm it will bring to her family. Ariel endangers her world when she naively gives up her voice to Ursula (Pat Carroll) to follow Prince Eric (Christopher Daniel Barnes), a man whom she has never met, but has instantly fallen in love with.

Unlike Austen, the screenwriters decided not to punish Ariel for her youthful indiscretion, but give her a happy ending. While we all deserve a little leeway for the stupid stuff we did when we were young, I would have written that ending just a little differently. 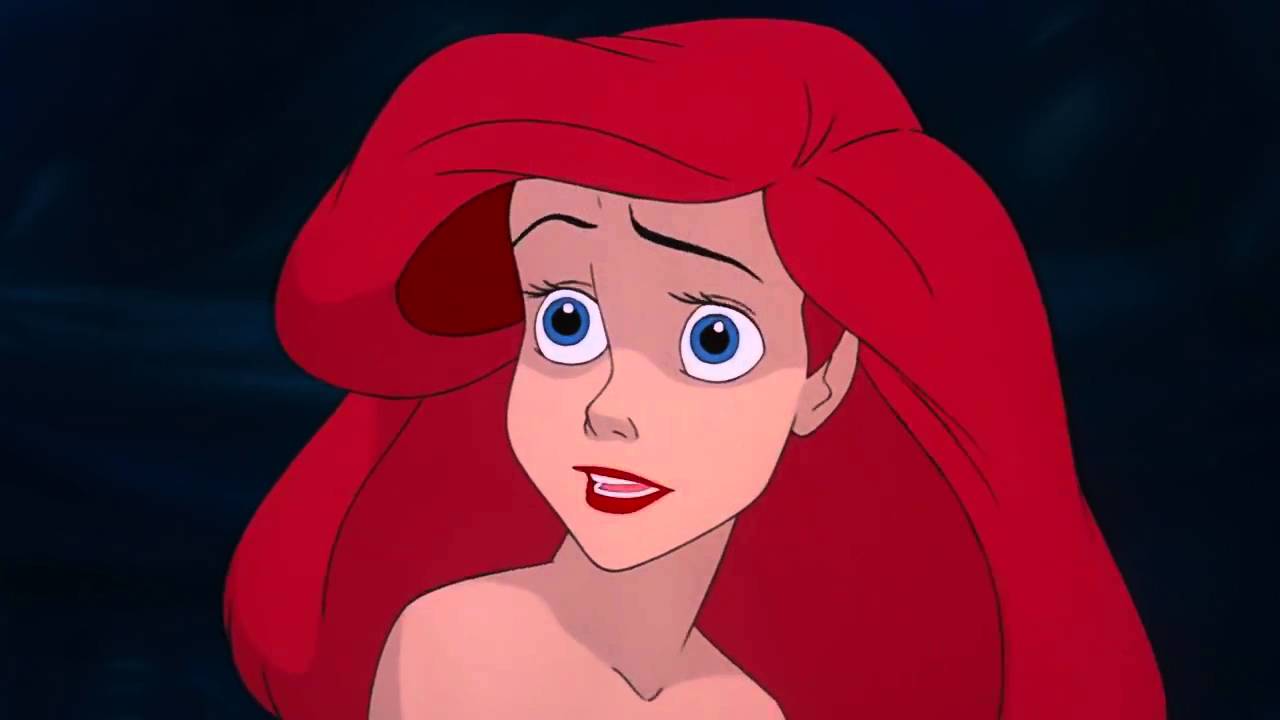 Disney is not known (with the exception of the newer additions to the Princess line), for creating female characters that empower their young fans. For starters, Ariel’s waist would be impossible to achieve in real life. Even though she is swimming around all day and probably would have wicked six pack in real life, no real woman is that skinny naturally.

And then, she gives up her voice (aka her power) for a guy who does not know that she exists until about a third of the way into the movie. She knows that he is young and handsome. Being young and handsome is nice for first impressions, but there has to be something more if a relationship is hopefully going to last. To make matters worse, when Ursula reveals her true reason for taking Ariel’s voice, it’s Eric who has to save the day. 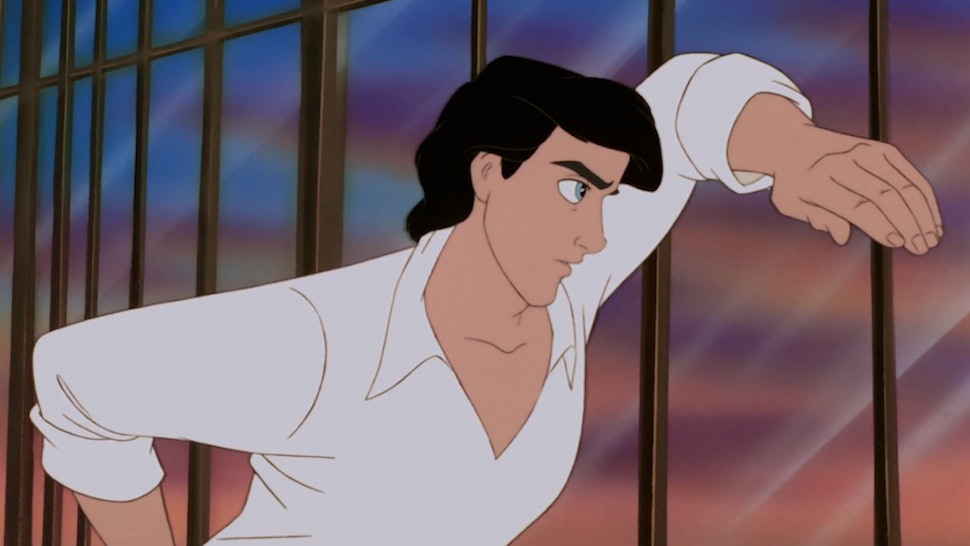 And don’t even get me started about Ariel swimming around without wearing some version of aquatic sunscreen! We should all be wearing sunscreen, but ask any redhead and they will hopefully tell you that they never walk out the door without wearing skin protection. How that girl is not as red as a lobster is beyond me.

There was and still continues to be a dreadful dearth of characters of color in Hollywood. Among the major characters in The Little Mermaid, there is one character who is the token character of color: Sebastian (Samuel E. Wright). An adviser to Triton and Ariel’s version of Jiminy Cricket when she is on land, he tries to protect her. But like any teenager, she cannot be protected from herself forever. She can only learn from her mistakes when they occur. 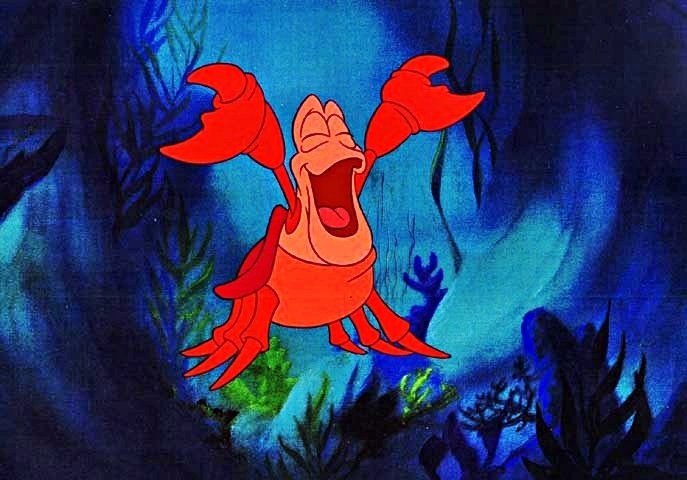 In spite of what I believe is wrong with the character and her narrative, I like Ariel. She has a youthful spirit, an open mind and an adventurous heart that she we should all have, regardless of age. She definitely inspires me as an adult to go out into the world and be open-minded.

Can My Adult Self and My Child Self Come to an Agreement?

I think that they will have to agree to disagree. My childhood self will have an affection for Ariel that will last until my dying day. My adult self is a little more critical of The Little Mermaid. Still, no matter how old I get or how critical I can be of The Little Mermaid, there will always be a place in my heart for this film.

Thank you for reading! What are your thoughts on The Little Mermaid? Comment down below!

I love what you said about Lydia and Mr.Wickham, I never tied the two of them together before!

I wouldn’t say that the female characters in Disney aren’t empowering — Mulan, Mary Poppins, The Parent Trap, and Pirates of the Caribbean all had pretty great female characters! But I completely understand when you look at others like Snow White, who were kind of wimpy. Loved this look back at The Little Mermaid though!

You are so right about Disney. When I was a kid I used to watch Little Mermaid and Beauty and the Beast all the time, so I guess that’s why they will always have a soft spot in my heart. I remember that I want to dye my hair red like Ariel when I grow up