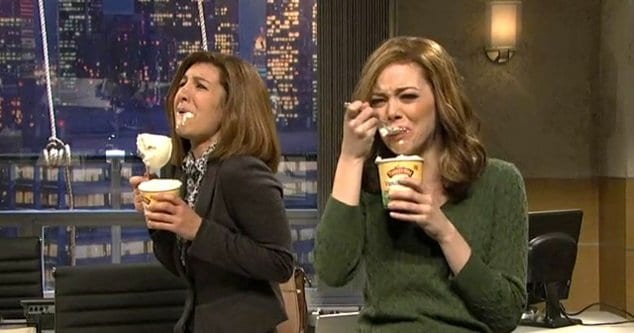 I got to tell you, this has been one of the most enjoyable articles to write for this website. It combines two of my favorite things: movies and ice cream.

In all reality though, I hope you enjoyed part 1 of this short series and that part 2 does not disappoint! Today, we take a look at some more popular actors and some that are, less just say, less than popular. Yet, they all have one thing in common: they can be compared to the sweet treat that brings a smile to my face. And sometimes a grimace. But mostly smiles!

The reason I associate Stone with summer so much is because some of her best movies take place in sunny, bright settings. Of course, I’m talking about The Help (2011) and La La Land (2016), two very summer-ish movies that make me happy. However, just like strawberry ice cream, Emma Stone can be refined and sophisticated. Films like The Favourite (2018) showcase that hidden talent. Emma Stone and strawberry ice cream just put me in a good mood.

Don’t cry, Emma! I love you! Image via Giphy

I feel bad for butter pecan. It never gets picked or appreciated as much as the others. I feel the same way about Stanley Tucci. He’s a fantastic character actor and I’m sure he would do well in a more prominent leading role, but he has yet to catch that breakout role.

His characters in The Hunger Games (2012), The Devil Wears Prada (2006), and Captain America: The First Avenger (2011) are hidden gems. Nobody can fully immerse themselves in a role as well as Tucci does. Yet, he only has one Oscar nomination and rarely does he make the top of anyone’s list. I believe that Tucci, like the underappreciated butter pecan ice cream, really needs some more attention. 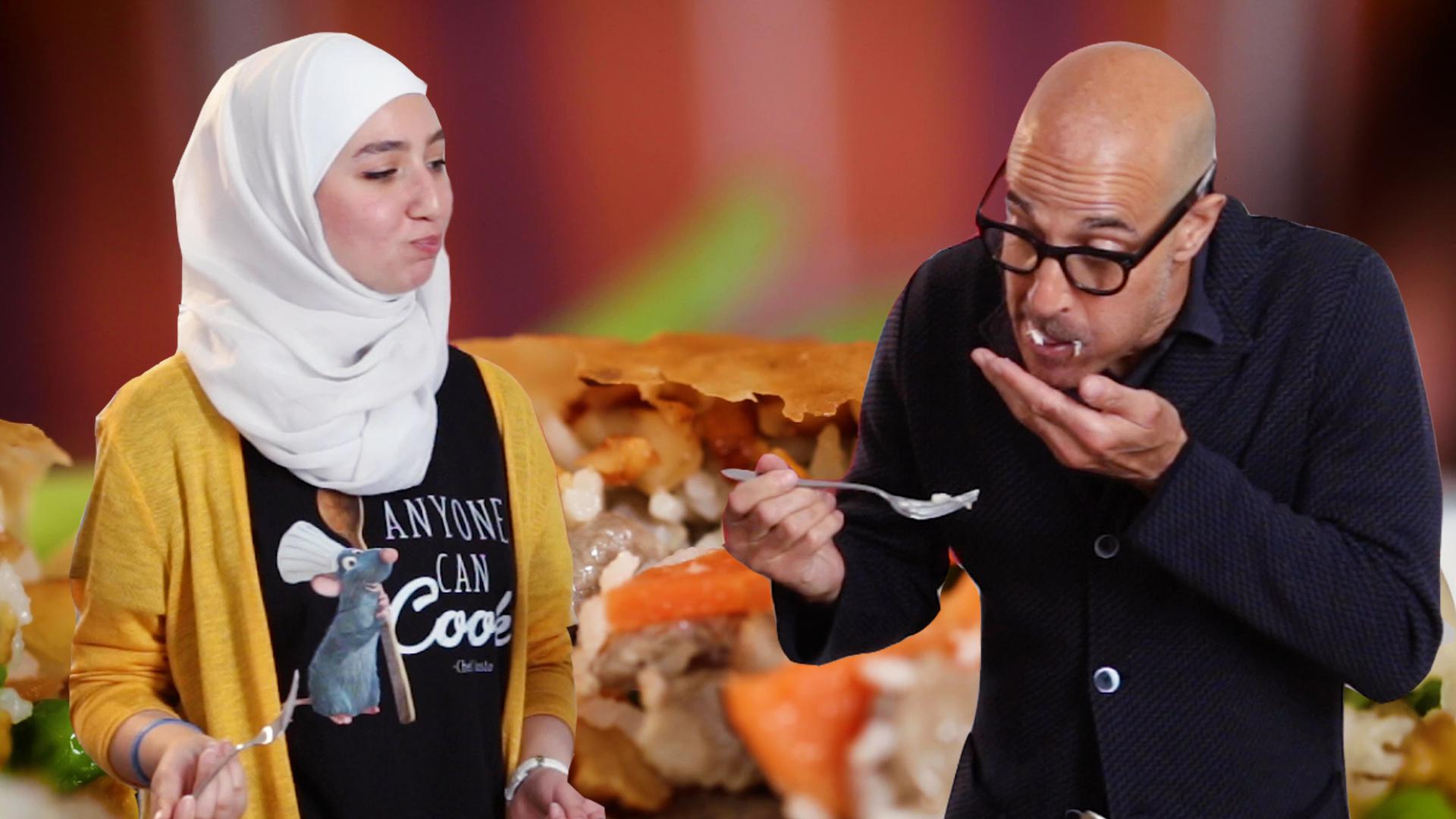 This is definitely Stanley Tucci eating ice cream and not mushroom frittata. Please do not check me on this. Image via BuzzFeed

I love peanut butter cups, but the combination of salty and sweet is one that I think describes Megan Fox best: attractive on the outside, less sweet on the inside. She’s more of a guilty pleasure than anything. Just like how peanut butter cup ice cream shouldn’t be eaten everyday, Fox should be enjoyed sparingly.

Megan Fox’s acting just always leaves something to be desired. In basically every film, she plays the same sassy female lead that’s kind of a jerk but it’s played off as being hot. Evidence can be found in Transformers (2007) and Confessions of a Teenage Drama Queen (2004). Just to clear things up: just because a girl is attractive, it doesn’t make up for her lack of personality. Just because peanut butter cup ice cream tastes good, that shouldn’t detract from the fact that it’s still just some bland vanilla ice cream with off-brand Reese’s thrown in.

Megan Fox eating frozen yogurt (because she doesn’t deserve real ice cream) while a man looks on in disdain at her frozen-yogurt-eating method. Image via Megan Fox Blog

The word that best describes Samuel L. Jackson is cool. The man just oozes self-confidence and charm. Like mint chocolate chip ice cream, Jackson is already a cool cat and each year he just gets better and better, like finding one precious chocolate chip after another.

Even before playing Nick Fury in the Marvel Universe, Jackson was pretty cool. He was a badass in Pulp Fiction (1994) and Shaft (2000). He knew how to pull those heartstrings in Coach Carter (2005). Jackson even had a surprising humorous side to him in Loaded Weapon 1 (1993). Casting him as the compiler of the Avengers was really the icing on the cake — or the extra chocolate chips in the mint chocolate chip ice cream. 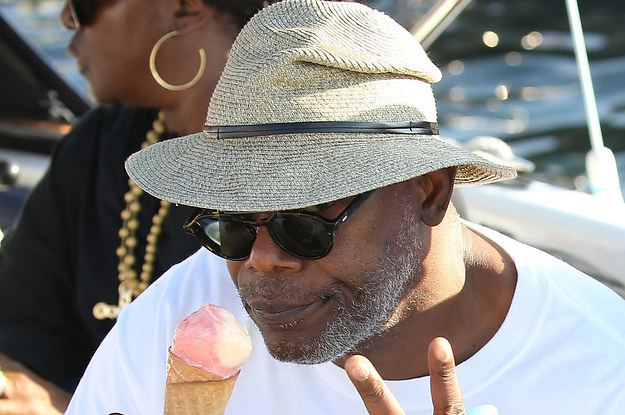 Just like sherbet usually is, Holland is a refreshing change from the normal. He’s not your usual quiet, reserved Spider-Man you remember from your childhood. He’s outgoing and charismatic. Holland appeals to a wider audience not only because he’s incredibly attractive on the outside, but also because of the personality he holds inside of him. See the comparison now?

The modern Spider-Man is so cool he has his own ice cream. Image via Amazon

Timberlake may be some people’s cup of tea, but he’s certainly not mine. When you have a filmography that includes Trolls (2016), Friends with Benefits (2011), and the dreadful In Time (2011), you cannot call yourself an actor. However, he appeals to a certain audience, most likely because of his boyish charm and roguishly handsome face. Kind of the same way that children are drawn to the lemon custard because it’s bright yellow, not because of its substance. 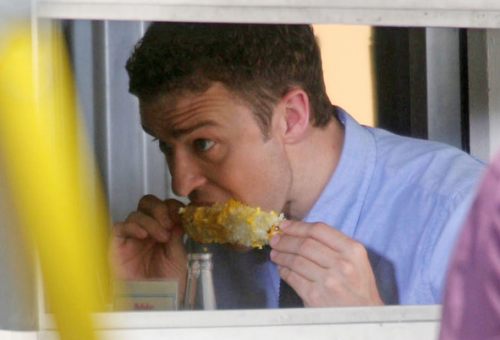 Justin Timberlake is a fraud and eats corn instead of ice cream. Image via Celebrities Eating

Thank you for reading! What are your thoughts on these celebrities’s ice cream personas? Comment down below!

Timberlake was really good in The Social Network. But he was playing an over privileged arsehole that you wanted to punch on sight, so…not a stretch.

Your analysis of Emma Stone was perfect! I despise strawberry cream with a passion, hence I am not an Emma Stone fan. I haven’t liked a single movie she’s in (granted, I haven’t watched La La Land.) Yeah, Samuel L. Jackson is cool like Mint Chocolate Chip Ice Cream. Justin Timberlake, Lemon Custard? Ha! Hilarious and yet so precise. And yes, Tom Holland is Rainbow Sherbet. He’s so cute.

Time to Answer the Big Question: Who’s the...