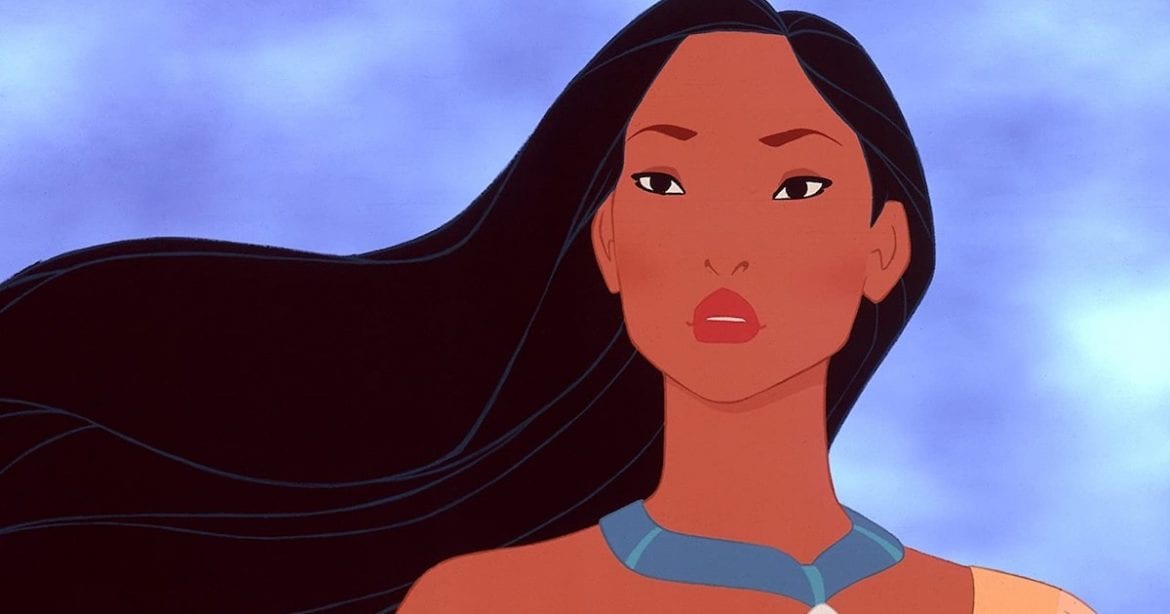 Since the beginning of history, writers have looked to the past to inspire them. The problem with this perspective is that when history fades into myth, the real person and the real story are often forgotten. While this allows for a certain amount of creative license, it also gives authors leeway to re-write that particular story based on their own values and point of view.

Back in 1995, Disney released its first historically based film, Pocahontas. The film is loosely based (and I mean very loosely based) on the story of the real Native American Princess who made peace between her people and the English settlers. Aimed at a young audience (as all Disney movies generally are), Pocahontas is essentially a message movie about tolerance and respecting the environment with a history lesson slipped in for good measure. I can see how a child would be taken in by the film, but would an adult who has even an ounce of knowledge of the real Pocahontas be as easily taken in?

Right off the bat, three things stick out as progress (as much progress as Disney makes). The first was the casting of Native American actress Irene Bedard for the speaking voice of the title character. They could have gone the traditional Hollywood route and whitewashed (a la the entire cast of Aladdin) the role by casting a Caucasian actress. In choosing an actor who is of the same ethnicity as the character, the movie feels more authentic than if a Caucasian performer had been cast in the role.

The second item is that Disney’s version of the character is not actively looking for a man. Unlike the female heroines of three previous animated films, she is positively modern (as modern as Disney would allow at that time). Though we are still a long way off from the likes of Merida (Brave) or Elsa (Frozen), it’s a step in the right direction that was long overdue.

The third thing is that the creative team decided to go with an ending that is very un-Hollywood, but true to history. At the end of the day, Pocahontas and John Smith did not ride off into the sunset together. As both a history buff and a feminist, I appreciate the ending. It both respected the legacy of the real woman behind the story and told young girls that not walking off into the sunset with Prince Charming is perfectly fine.

In crafting their version of the tale, the filmmakers decided to change a few facts. According to historians, Pocahontas was likely around the age of 11 or 12. John Smith was in his late 20’s, making their alleged romance both illegal and beyond wrong. Aging her up to her late teens or early 20s helped to make the Romeo and Juliet narrative believable, but it is still fiction. The romance itself is also made up. But this story was not created by Disney. It was created by the real John Smith, who perhaps might have been looking to put a dramatic spin on his adventures in the New World.

From a writing perspective, the narrative is extremely simple. The story of forbidden romance and lovers who should not be together have been told numerous times throughout history. Updating the narrative to reflect the racial differences between the romantic lead characters helps. However, it does not take away this very basic story of forbidden love that has been seen time and again over the centuries.

Looking at this movie through adult eyes, it strikes me that although the title character is a woman, the majority characters with any amount of screen time are men. According to IMDb, there are sixteen performers on the cast list. Only four are women.  What message does it send when the title character is female, but there are more significantly more male performers with lines than female performers? Unfortunately, this is nothing new. As of a study published last year, men still had two-thirds of the speaking roles in major films.

Now granted, Pocahontas is 25 years old and women’s opportunities in Hollywood are slowly getting better. Disney has also taken major strides to move their heroines (especially the royal ones) away from the traditional narrative of happily ever after. But change is slow to come and, in that slowness, the tried and true narratives still dominate. Unfortunately, that tried and true formula means that both as characters and performers, women in Hollywood are still boxed into certain roles.

Does Pocahontas Hold Up?

A film like Pocahontas, especially one created by the likes of Disney, has to walk a fine line. It has to tell the story of the title character while making the movie palatable for its young viewers. I don’t blame the creative team for making the choices they made. When writing for children, subtlety will not work. The story needs to be presented in such a way that the message is obvious. But, in making that message obvious, certain elements of the history of the character were simplified or removed completely.

If I am to be optimistic, I would say that this movie is the gateway to an exploration of American history. Though it does not tell the complete story of Pocahontas, it is enough of a nudge to encourage a curious viewer to learn more about the real woman behind the Disney character. If I am to be pessimistic, I would say that given that the myth is so overwhelming that it is easy to overlook the facts behind the myth.

All in all, it’s not a bad film. It’s reasonably entertaining. The underlying messages are both ageless and timeless. But I wish that I did not have to choose between the myth that Disney elevated and the woman she was in real life.

Thank you for reading! What are your thoughts on Pocahontas? Comment down below!

[…] complexity and less in-your-face-ness. I would also appreciate it if the female characters (who are limited in number compared to the male characters) had been given the opportunity to move beyond the 2D boxes they […]

[…] He is right. An actor’s job is to pretend to be someone else. As long as they can play the role, it shouldn’t matter what their ethnicity or family background is. The problem is that too often, a character who is a minority is either ground down to the base stereotype or the actor is Caucasian, but the person they are playing is a POC. […]

[…] myth collides with modern society in Philippe Lacôte’s Night of the Kings, a film that takes place in […]

Loading...
Reply
'Samurai Marathon' Sprints Past the History that Inspired It Towards Something Greater | MovieBabble August 1, 2020 - 9:39 am

[…] the ranks of impressive historical Japanese films that have come before it. The filmmakers were inspired by history and took a small moment of Japanese history and wrapped a samurai movie around […]

Thirty Years of ‘My Girl’: Friendship, Firsts, and...