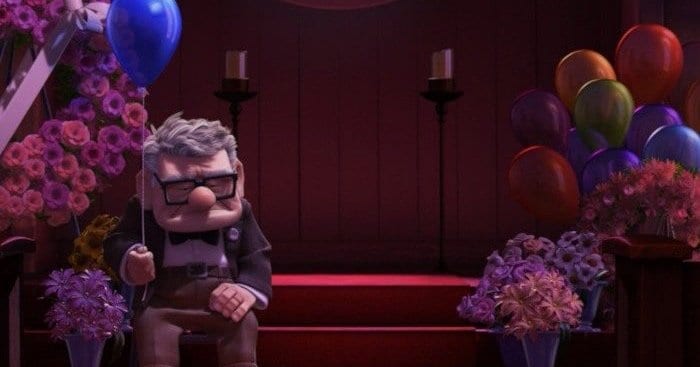 Believe it or not, films used to be without sound. However, once sound was introduced the art of silent film was quickly abandoned. While sound no doubt improves film in many ways, it isn’t always the best asset. Watch some of the original “talkies” following the first “talkie”, The Jazz Singer. These films are notorious for their overuse of sound, particularly dialogue. Unfortunately, much of this overuse still occurs and silence is viewed more as empty space needing to be filled, rather than as an artistic tool.

Silence in the original black and whites of the virgin Hollywood is not a tool. Why? It isn’t a tool for the same reason that black and white coloration or poor resolution weren’t tools. Back then, these were the defaults. They simply did not have the option to create a film differently than what their capabilities allowed. However, we now live in an era where color, sound, and 4K are all possible. So, when a director chooses to omit sounds, diminish color, and add film grain, it is a choice. The simple fact of a director being able to choose makes these once default pieces riddled with nuance.

These choices, sound in particular, allow directors to do some really inventive and memorable things. In an era where the biggest booms are the most praised, it is refreshing to see sound not used in a blockbuster or typically loud genre of film. Blockbusters are becoming increasingly “loud”, especially those that are poorly made. This article, if anything, serves to highlight some “quiet” choices and the importance of them in Hollywood’s biggest flicks.

I’ll just get controversial right out of the gate.

Rian Johnson is not a lukewarm director, he’s either worshiped or vilified. I am very Pro- Rian Johnson. His work with Looper, with Breaking Bad, and with Star Wars: The Last Jedi have set him out as one of this decade’s most competent directors, especially when it comes to tension within a story. If you don’t believe me, watch Breaking Bad episodes Fly and Ozymandias. In Fly, Rian Johnson manages to make Walter White’s filler episode war against a fly into a meaningful and entertaining battle of enemies. In Ozymandias, Johnson crushes Walter White and delivers one of the most painful blows to a character ever filmed. But enough about Rian Johnson as a Breaking Bad alum.

To analyze just why Rian Johnson is an expert with sound, take a look at clips from both Looper and The Last Jedi:

Looper is a fantastic movie in general, but this scene really sets it apart. You see, the easiest way to introduce a character later in the movie is with an exposition dump, have one character read off details of Old Joe’s exploits and then throw Old Joe into the movie. Or, Old Joe can be introduced in a tight dialogue scene where he can more subtly express his wants and motives. Rian Johnson chooses neither of those routes. Instead, Old Joe’s life story and character motivations are laid bare without a single word.

The camera is allowed to do all of the work and we get to see every victory and loss that we need. While there is a score playing behind the footage, the lack of dialogue brings a silence to the film and the character. This silence plays well with the guarded and steadfastness that comes with Old Joe as a character. Rian Johnson’s decision to forgo dialogue and utilize silence as a tool helps introduce Joe more intimately, ultimately bettering his overall arc.

It is also important to look at how this differs from Young Joe’s introduction. In the film, Joseph Gordon Levitt and Bruce Willis play the same character at different ages. There needs to be similarities between them, but also distinctions so that they don’t blend together. Since the two characters are ultimately their own opponent, they could easily have become too similar or too dissimilar for the conflict to work. Johnson’s use of silence in regard to Old Joe helps differentiate him as a different man with different experiences. He does not live in the loud and obnoxious world that Joe does, but he hails from a colder and quieter one.

Not only can silence help introduce a plot point, theme, or character; but it can also hammer one home. Consider this controversial scene from Episode VIII. Mechanics of hyperspace aside, this scene goes from a very loud to absolutely silent, back to very loud in the matter of thirty seconds. So, why would the director choose to put ten seconds of absolute silence into a major blockbuster?

Personally, I believe this decision was made for the sake of isolating the audience. Silence is uncomfortable, anyone who’s ever been on a first date can attest to that. Because there isn’t a sweeping score or a plethora of explosive noises during Holdo’s death, her sacrifice is the only focal point of the sequence. The gravity of her actions can be felt because the distractions of a typical blockbuster scene are gone. Silence is not only uncomfortable, but it is unusual in a movie theater. The decision to make the scene more uncomfortable and more unusual is why it has become memorable, because it allowed us to be isolated with a dead minor character, rather than rushing us as an audience back into Rey, Finn, or Poe’s story line. 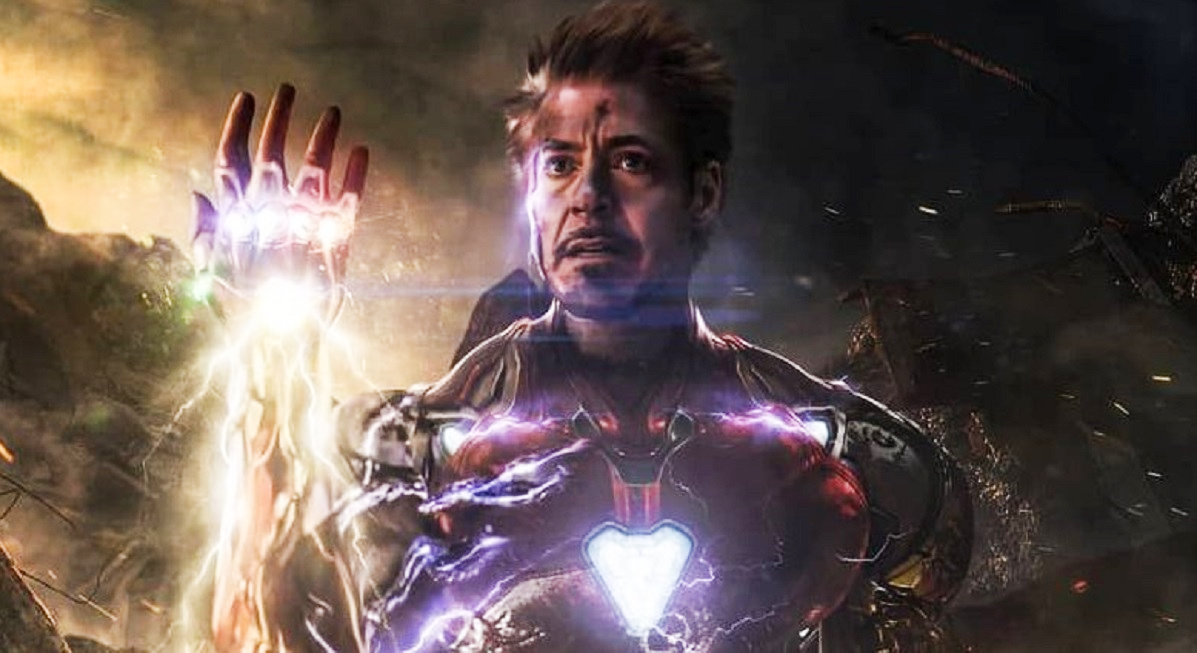 Image via Geeks on Coffee

If you ignored what was written above because it talked about The Last Jedi, here’s a take on a universally loved movie instead.

Avengers: Endgame had the gargantuan task of concluding Tony Stark’s arc. This arc culminated in his death, which couldn’t have been an easy thing to direct. How do you kill of the center of the MCU? How do you make one character’s death meaningful when another major character died barely an hour earlier? Once again, the trick here is silence.

Take a look at Black Widow’s death first. She dies in a similar fashion to Gamora, with Alan Silvestri’s score resonating throughout the entire theater. Her death happens quickly and loudly. Tony Stark, on the other hand, dies in silence. Not only this, but he dies amid a series of intimate moments with his best friend, his surrogate son, and his wife. When Tony’s breath finally gives out, there are a few moments of flames crackling followed by a few sobs from Pepper Potts. Only after Tony has died and the movie begins to conclude does the music kick in.

Image via We Heart It

Tony doesn’t speak during his death sequence. In most blockbusters, death is usually a drawn out experience. There’s always a few parting words, a final request, or the chance for the protagonist to drop one last nugget of wisdom. Despite his propensity for speaking, Tony doesn’t utter a single word from the time of his wound to the moment it kills him. This may seem uncharacteristic of Tony Stark, but it is a great representation of the journey his character has been on.

By the end of his life, Tony’s personality has taken a backseat. Tony is no longer loud for the sake of himself. Instead, Tony has prioritized everyone else, and sacrificed his life to save theirs. So, Tony Stark, the man introduced to the Avengers with Shoot to Thrill blaring from a PA system exits the world with the subtle sounds of wreckage and sobbing. It’s a fitting end and it allows Tony’s death to feel intimate despite the vastness of the Marvel Universe around him.

The opening scene from Up is one of Pixar’s most iconic, and for good reason.

In four minutes and twenty one seconds, this seen tells us about the following things:

This is all done without a single line of dialogue. Just a montage of Carl and Ellie’s life over a gentle score by Michael Giacchino. Director Pete Doctor and the Pixar crew understand this and employ this tactic a lot. From Toy Story to Toy Story 4, Pixar understands that dialogue and sound can’t always tell a story as well as the camera. There’s a reason why radio isn’t the dominant form of storytelling anymore. Image via Nightmare on Film Street

Don’t get me wrong, dialogue is great. Dialogue lets you explore complex themes and ideas in great detail. However, not every movie needs to be filled to the brim with talking. Not every blockbuster needs to be overloaded with thundering scores and intense sound effects. Sometimes the most moving and most effective thing a director can do is keep it quiet. Allow the audience to have these intimate and tender moments with the characters. One way that silence helps engage the audience stems from the fact that it comes with minimal distractions.

When you don’t have to process what the characters are saying, you can process what is actively happening on the screen with greater focus. You can take in the work that the actors or animators have put in and feel the full weight of the image, rather than the shared weight of the image and the sounds. Sometimes silence really is golden, and modern directors would be wise to remember that.

Thanks for reading!  What are your thoughts on silence in film?  Comment down below!

‘Detective Pikachu’ Gives ‘Endgame’ a Run for Its...