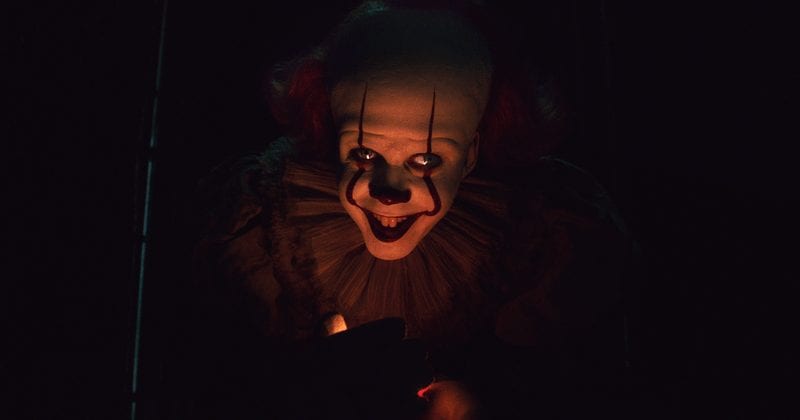 It (2017) remains one of the biggest surprises and smash-hits of its respective year. I loved it so much that I saw it multiple times in theaters. The film was more proof of the current horror renaissance. I’m glad to see today’s horror films prioritize the story, cast, and characters over jump scares or gore. So when the news of a sequel with the same director and an all-star ensemble came about, I knew we’d be in for another ride. Unfortunately, It Chapter Two is not the runaway hit that I hoped it would be.

The kids are back in town! Only this time they’re twenty-seven years older with successful careers, spouses and livelihoods. They must abandon all of that when Mike Hanlon (Mustafa) calls for the rest of the Losers’ Club members to come together when it becomes apparent that Pennywise is on the rampage again. To save the people of Derry they must first unite, slowly recollect their childhood memories and then face off against the evil clown once again.

There was something truly magical when we saw the first It movie. It was the aspect of kids going on an adventure of their own. It would remind me of the days when my pals and I would wish to enter a fictitious world with us as the main characters (ah, good times). That feeling is still very well alive within me; it’s likely present within almost all of us. That is precisely why we’ve seen a burst in popularity of kids riding on their bikes across all entertainment in recent years.

It used this to its advantage by offering characters we could attach ourselves to. Boiling it down, the Losers’ Club is a group of friends who care deeply about each other, almost like a family. It Chapter Two falters when it comes to bringing this aspect back to the forefront.

To It Chapter Two‘s benefit, I do feel a sense of that return when the group is sitting and eating dinner in the Chinese restaurant just as they did in the previous iteration of this story. The sole idea of a childhood friend reunion is awesome, so that scene has quite a bit going for itself. Aside from that, I can’t help but want more of these moments. Instead, the film spends most of the time with the group scattered on their own quests. Separating the team by giving each character an inner conflict is a solid idea, but not when it forgets to emphasize their connection as a group.

The Characters Are a Mixed Bag

What’s worse is checking up with each of these character’s journeys one at a time feels like a chore. Billy, who once was the clear leader and main character of the story, now takes a backseat for a good portion of the film. His story arc is a repeat from the last film with a tiny twist that doesn’t do enough for us to welcome revisiting it. I also would’ve loved seeing a more natural continuation of the relationship between him and Beverly.

Speaking of which, Jessica Chastain is wonderful in bringing the character back to life. Like Billy, Beverly struggles with the same demons that haunted her in the past. What makes her story stand out though is how the film allows it proper development and time to flourish. Beverly often feeds directly into other characters, adding a lot more to a simple coat of paint. This is precisely why Ben and she remain my favorite duo of this story.

Ben may have changed the most, but even in adulthood, he is still the most likable. Eddie is still the most charming and adorable out of the bunch. The moment I saw James Ransome appear in the film, I knew right away he would rival the likes of Jack Dylan Grazer’s performance. Meanwhile, Richie is still the goofball of the group, now, appropriately, a comedian. My one gripe is his jokes are often very hit-or-miss as was with his younger counterpart.

As for Mike, I think his character is a major missed opportunity. The beginning of the movie made it seem as though he’d be an important part of the group. In reality, he’s one of those characters that have something to do only for the sake of it, getting relegated to picking up the scraps. Even if Mustafa gives a solid performance, he is always treated as a character incapable of carrying his own story arc. It Chapter Two always forgets about his existence unless they wanted to work the other characters into it.

Stanley almost doesn’t deserve a mention. He is pretty much disposable and the reveal behind his biggest character moment of the movie is short of dense. It’s a shame how all of the characters aren’t an all-around hit as they were the first time around.

Goofy Wants His Shoes Back

Pennywise is robbed of his spotlight. He is the opposite of menacing; he’s actually quite silly. Long gone are the scenes in the vein of the iconic opening of the first film. The closest we get is a moment under the bleachers which should’ve been the first scene of the film, quite honestly. The actual opening is a waste of time that only left a bad first impression.

First, it’s long and out of place. Second, it sure loves to play up certain stereotypes of a lot of groups. Third, Pennywise appears like some silly cartoon character. This is not the way to reiterate Pennywise as a threat. Skarsgård doesn’t get the chance to shine. His performance is either underused or relegated to working with unimaginative set pieces.

What the film does double down on, however, is the unconvincing CGI. All of the Pennywise transformations look incredibly distracting to a point where I couldn’t take the threats seriously. I also didn’t see what the big deal was with a lot of these creatures. It seemed as if the solution for most of these monsters was to run away, and that’s it! There is one sequence in particular where the entire group starts screaming while staying still when they could’ve just left the area of danger.

The plot fails to use the character in any haunting manner. My biggest gripe is a scene where he struggles to fit through a big gap even though he’s a shapeshifter. The movie continued to push my suspension of disbelief to an extent where I could no longer allow it. Enough is enough.

Despite all of its shortcomings I can still relax and say the ending to It Chapter Two succeeds in bringing this duology to a satisfying close in a sense. I’m a huge fan of the ending, even if the road was a rocky one. The movie still has the bits of the warmth that are so integral to the first film. The return of the kids in the flashbacks is used properly and, despite the long runtime, I had no problems with the pace itself.

My only wish was to see a story that comes full circle. It Chapter Two trails off into multiple directions that don’t end up going anywhere of note. I’m not sure why we had to waste so much time on threads that in a grand scheme of things don’t add much to the narrative. I would’ve preferred to see more of the characters together, facing off against a more intimidating Pennywise.

It Chapter Two really could’ve used more of the Losers’ Club’s friendship. At the end of the day, the It franchise is all about friends who care for each other. To sideline that magical element speaks to how It Chapter Two failed me.

Thank you for reading! What are your thoughts on It Chapter Two? Comment down below!

‘His House’ Is an Impressive and Deeply Unsettling...