‘Hala’ Adds a Fresh Perspective to a Familiar Family Drama 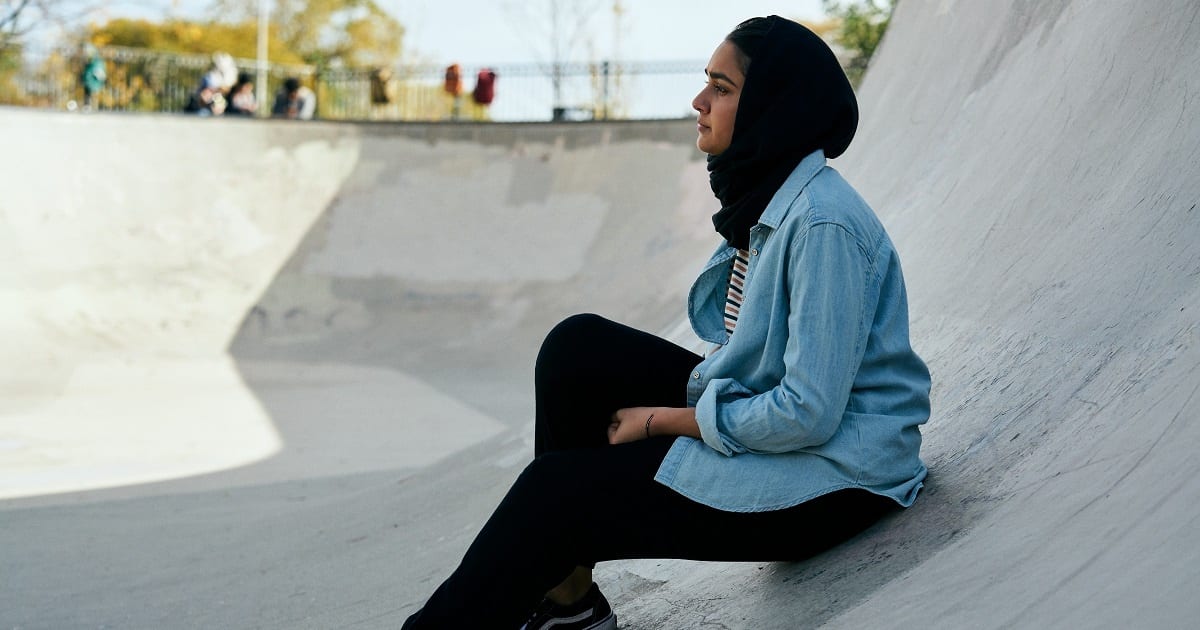 Over the years, coming-of-age films have taught me one overarching idea: rebellious teens gotta rebel. It’s a timeless idea baked into coming-of-age tales from every generation in which a young adult begins to form their own truths and butt heads with their often conservative-minded parents. Naturally, there’s a romantic element to this rebellion as well. (I guess rebellious teens gotta love too.) But there’s a reason that we continue to come back to that formula: the ideas ingrained in it are universal. The tidal wave of anarchic ideas and actions come for all of us crazy kids at some point. With Hala, all the foundational pieces of the coming-of-age formula are there: a teenager with a conservative upbringing, overbearing parents, a general yearning for greater individual expression, romantic confusion, and a teacher that doubles as a beacon of advice. Luckily, Minhal Baig’s thoughtful, lyrical look into the Muslim-American experience — a perspective that Hollywood has bungled for years — mixes up the formula just enough for a very tender indie drama.

The talented Geraldine Viswanathan — who burst onto the scene in last year’s Blockers — plays the title character. She loves to skateboard with her friends, often lying to her parents about attending study groups so that she may stay out of the house for a longer time. Struggling to connect with her parents, she confides in her English teacher Mr. Lawrence (Gabriel Luna), who helps her find an avenue of expression through poetry and writing. Classmate Jesse (Jack Kilmer) comes into the picture as well, and a budding relationship ensues. All the while, her parents wish that she fulfills her responsibilities as a traditional Muslim woman, which naturally goes against her desires.

Minhal Baig offers an informative depiction of Muslim-American life, where we see Hala and her parents, Eram and Zahid (Purbi Joshi and Azad Khan), going about their daily activities with her father acting as the head of the house. The family still believes in arranged marriages, so Hala constantly deals with awkward encounters with Muslim-American boys that come over to their house for an initial meeting and dinner. Hala’s private moments are often interrupted by her inquisitive and overbearing mother; as a result, their relationship is fairly strained, and Hala generally favors her father and sides with him on most family squabbles. Baig carefully lays out these family dynamics, showing how they operate as an extension of the patriarchal society in which they live. Viswanathan subtlely lets this notion weigh on her performance, even if she struggles to realize the dynamics at play for a large portion of the film.

As a character, Hala is a great match for Viswanathan’s personality, which allows her to show off her quick wit that you may have seen in films like the aforementioned Blockers or even Netflix’s The Package. Although in Hala, she’s most soulful. The film is great at showing Hala’s constant state of confusion, which Viswanathan is wonderful at demonstrating as she gets herself into trouble. One scene involving Hala visiting Mr. Lawrence at his home is particularly impactful, as it underlines just how frustrated and hopeless she feels.

As Hala rebels against her parents and finds her voice, I appreciate that the arc does not end in her forgetting her heritage and taking up a Westernized view of the world, but learning to understand the pieces of her culture that are antiquated and finding ways to update them. 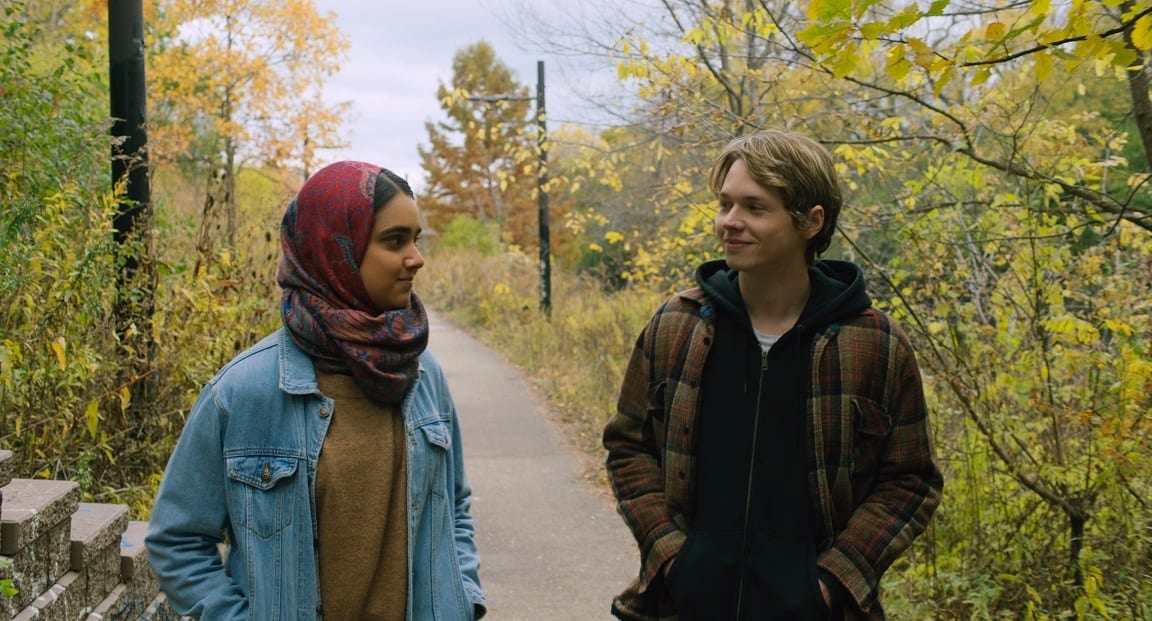 Admittedly Baig’s writing does push Hala‘s lyrical rhythm a bit too far, becoming overly sentimental as Viswanathan recites poetry in voice-over as she indulges in walks with Jesse and other wistful activities. It feels particularly manufactured and inorganic whereas the instances of family drama feel far more authentic and natural. Hala’s interest in poetry works better in concept as a means of expression that she can do within the realm of her school work, meaning that she won’t receive unnecessary ire from her mother by partaking in seemingly dispensible creative endeavors. In practice, however, it’s a tad maudlin and exaggerated, emitting a feeling of self-importance that many indie dramas have trouble fending off.

Where Baig succeeds is in Hala‘s deconstruction of the Muslim family. The overbearing, single-minded parents trope that exists in many coming-of-age movies of this ilk is far beyond its expiration date, but Baig finds a new wrinkle in it by individually developing Hala’s relationships with her mother and father. With Hala’s fascination in skateboarding and other free-spirit activities, she initially bonds better with her father, asking him for advice regularly. She goes to him when her mother gets on her case, and the two exchange pleasantries before her father reassures her that everything will be okay. And for the first half of the film, Zahid seems to be right, as the inherently patriarchal nature of their family imbues his character with a sense of importance and worldliness. For a while, he seems to have all the answers and reaffirms the biases that come with such a family structure, and Eram seems only like an angry, frustrated side character who, in an inferior movie, would slowly realize her wrongs and come to understand Hala’s life choices.

But, as one learns throughout the film, the dynamics at play aren’t that simple. Because of circumstances that I’ll leave a mystery so that you may watch the change occur organically throughout the film and not be spoiled of it here, the focus shifts to Eram and her relationship with Hala, and the film ultimately becomes a bit of a feminist tale. Baig calls the role of women in a Muslim-American family into question, showing that they deserve far more agency than they are generally given.

As a result, Hala turns into much more than a standard tale of teenage angst. The final sequence says it all; it may have been fairly cliché without Baig adding a different angle to the family drama at play. But because Hala is smartly written, despite its flaws and familiar moments, the last few frames will leave you with a strong sense of satisfaction, cementing the notion that a longer leash for Hala to express herself is born out of a necessary update to a way of life, to a situation which allows male figures to run households without even the slightest amount of resistance.

Thank you for reading! What are your thoughts on Hala? Comment down below!