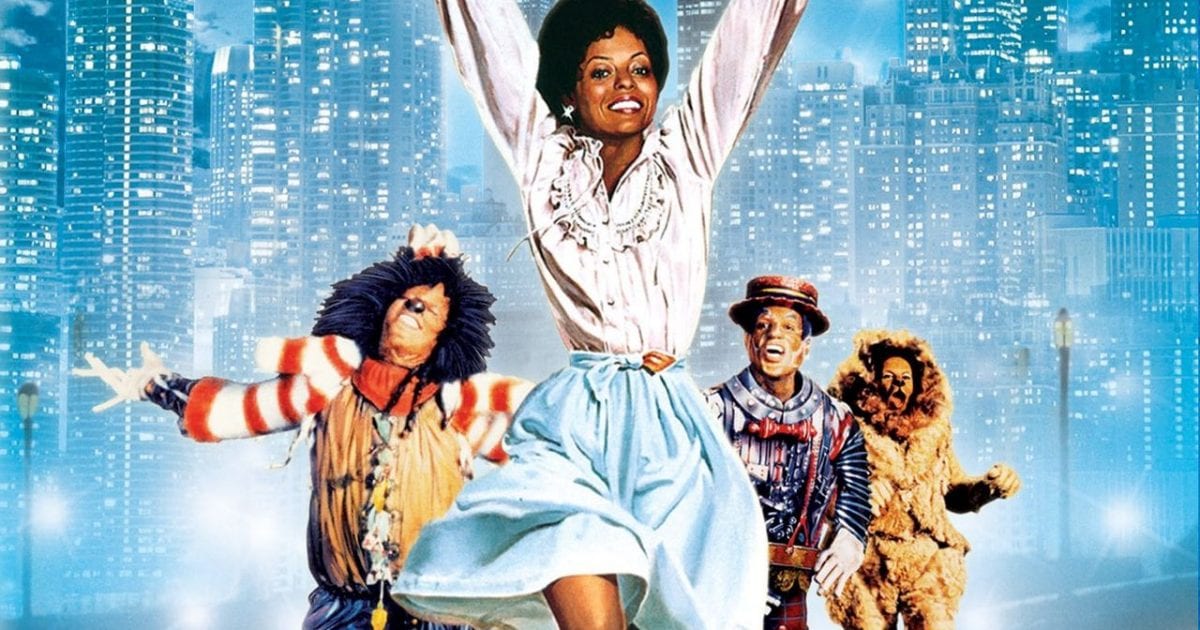 The movie version of The Wiz was released October 24, 1978. I was released in December of the same year. So, you could say we’ve grown up together. The Wiz came to represent different things, depending on what was happening in my life, but I still return to the comforting familiarity of this movie often.

The musical is an adaptation of The Wizard of Oz, in which Dorothy Gale is a 24-year-old black teacher from Harlem, New York. It’s a different perspective than that of a white adolescent farm girl from Kansas, but many of the feelings and experiences are universal between the two. The love of family, the desire to get back home… oh, and the whole meeting a scarecrow, tin man, and lion thing. The Wiz did not do very well upon its release, but has become something of a cult classic in the years since, largely due to an overlap with Michael Jackson’s immense fan base (of which I am a proud part).

Side note: I’m listening to the soundtrack as I write this.

A Bit of Backstory

In January of 1984, I was staying with a family from church, as my mother was in the hospital having life-saving surgery. On the evening of the 27th, the evening news shattered my little five-year-old heart: Michael Jackson had been burned while filming a Pepsi commercial with his brothers. At the time, there was no word on how badly he was hurt. I was sure — utterly convinced — that my mother and Michael were going to die on the same day. At the time, the two of them were nothing less than my entire world. I actually referred to Michael as my husband at that time in my life. Really.

The family I was staying with quickly put on The Wizard of Oz for me. It became my “happy place” during that emotional time. It was the first time I realized movies could serve as an escape from the bad stuff going on in our lives. They played it for me several times during my stay (we didn’t get a VCR at my house until about 1988, but they must’ve had one then).

Thankfully, both my mother and Michael recovered, but due to this experience, Michael Jackson and The Wizard of Oz became sort of linked in my mind. Perhaps a year or two later, The Wiz aired on television. When it did, I felt like I’d won some kind of sweepstakes!

Michael. Playing Scarecrow (my favorite character in the original). Was this really happening?

Suddenly, The Wizard of Oz didn’t mean so much to me anymore. I think I’ve only seen it a handful of times in the years since. Oops.

By now, you get how much The Wiz meant to me growing up. Now, let’s talk about something even more important: this movie was the start of Michael Jackson becoming, well… Michael Jackson. It’s hard to picture it now, but when the opportunity to be in this film presented itself in 1977, Michael was a 19-year-old who was considered a “has-been” child star. Let that sink in for a moment. He was still making music, with and without his brothers, but he wasn’t a household name anymore. Or, yet.

During the making of the movie, Michael became acquainted with Quincy Jones. Jones was on board as music supervisor on The Wiz, re-working songs from the original stage play (more on that later), and co-writing some new ones with the legendary duo, Nickolas Ashford & Valerie Simpson. He also had a cameo as a pianist during the chorus number, “Emerald City Sequence” (sometimes referred to as, “The Color Is”). Look for Jones’ cheesy, fourth-wall-breaking smile during the gold section in the video below.

While working together on The Wiz, Jackson asked Jones if he could recommend a producer, as he had ideas for a new album. Jones was so impressed with Jackson’s dedication to the film — learning everyone’s lines and musical parts, not just his own — that he eventually asked if he could produce said album himself. The resulting album was “Off the Wall” (released in 1979), which breathed new life into Michael’s career, and started him on his path to being dubbed The King of Pop. Incidentally, “Off the Wall” was the first album I ever bought with my own money, in 1983 (on cassette).

While we’re on the subject of music, can we talk about how amazing the songs in The Wiz are? The majority of the songs and instrumental pieces were written by Charlie Smalls, for the original 1976 stage production of The Wiz. Smalls won the Tony for best score for a reason. It’s simply stunning music, and it has aged remarkably well. Smalls also re-worked pieces, and co-wrote new ones, with Quincy Jones for this film version. Most surprising (at least to me) is that legendary vocalist Luther Vandross wrote one of the show/movie’s most iconic songs: “Everybody Rejoice (A Brand New Day).” It will get stuck in your head, just to forewarn you before you click.

Over the course of 40 years, obviously, many things change. Unfortunately, that includes losing many of the people we admire. I’ve already mentioned songwriters Smalls and Vandross, both of whom have since passed on. While preparing this article, however, it really hit me: Diana Ross is the only living member of the principle cast.

We lost Michael Jackson nearly a decade ago (June 25, 2009), and, as you can imagine, that affected me deeply. Although that was the hardest loss for me, personally, the rest should certainly not be forgotten. Nipsey Russell, Ted Ross, Richard Pryor, Lena Horne, Theresa Merritt, and many more were remarkable in this movie (and elsewhere in their respective careers). Here is a video I found featuring several of them (you may wish to skip ahead to about the 1:30 mark).

The late great Burt Reynolds once said the hardest part of growing old, was losing those who don’t get to grow old with you. That is certainly true for me.

The Only Constant is Change

The Wiz, as with many things, came to take on different meanings to me over the course of my life. I’m sure to someone else, it means a whole list of other things. That’s the beauty of a film like this.

It started out being a fascination with my favorite singer playing my favorite land of Oz resident. However, as I became involved in singing in my teens, and musical theater in my twenties, I saw it from a whole new perspective. I came to be inspired by the production, and the performances! The chorus numbers were especially striking, as that was where I usually landed (they always need alto voices to round things out).

Now, I am a (nearly) 40-year-old writer who no longer sings in public, and indeed married a man named Michael (a coincidence, I swear).

While I’m catching you up, I should tell you about my most life-changing role. Well, other than being a staff member here at MovieBabble, of course (wink). I am the mother of a young autistic girl whose main “special interest” is… wait for it… Michael Jackson. I have only myself to blame.

My daughter appreciates him at a level beyond even my childhood obsession, and that’s saying something. She studies his dance moves, and “scripts” (recites) things he said. Example: she says “what’s the problem?” exactly like he did at the end of the “Thriller” short film. Of course, she also sings the songs. The child can do a perfect “hee hee!,” and even make that trademark hiccup sound Michael had in his voice. She also has the ability to recognize him immediately, whether she’s watching footage from 1969, or 2009. So, these days, watching The Wiz has evolved into watching the joy and awe in my daughter’s face as she watches clips from it on YouTube (she’s not much on watching full movies).

In this family, that is the legacy left behind by The Wiz, and those who starred in it. Movies are forever.

Thank you for reading! What are your thoughts on The Wiz? What movies meant a lot to you growing up? Comment down below!

I love this so much. What an Incredible read! I grew up watching this film almost every weekend! My sister and I also played Evillene and Tin Man, respectively, in our 4th-grade school play. So, it certainly holds wonderful memories for us too. Thanks for sharing <3

Oh my goodness, that must have been adorable! Thanks so much for your comment. :)

Sweet read. I prefer the stage Wiz to the movie, but no question the score is awesome either way.

This was such a happy read :) loved the personal narrative you included! I’ve actually never seen this film but it looks like I’ll be watching it soon!

Yay! I’m glad I played a role in getting you interested in it. Thank you, Kali. :)

I love this!! Thanks for taking me back. It’s so strange that Ross is the only surviving member of that cast. And, I should have known that Quincy Jones produced “Off the Wall,” the album that had at least four or five big hits on it. I recognized Jones at the piano in the “The Color Is…” sequence, which has such a strong message.

Thank you so much. I really appreciate your comment. :)

11 Oscar Categories that Should Have Been Created...