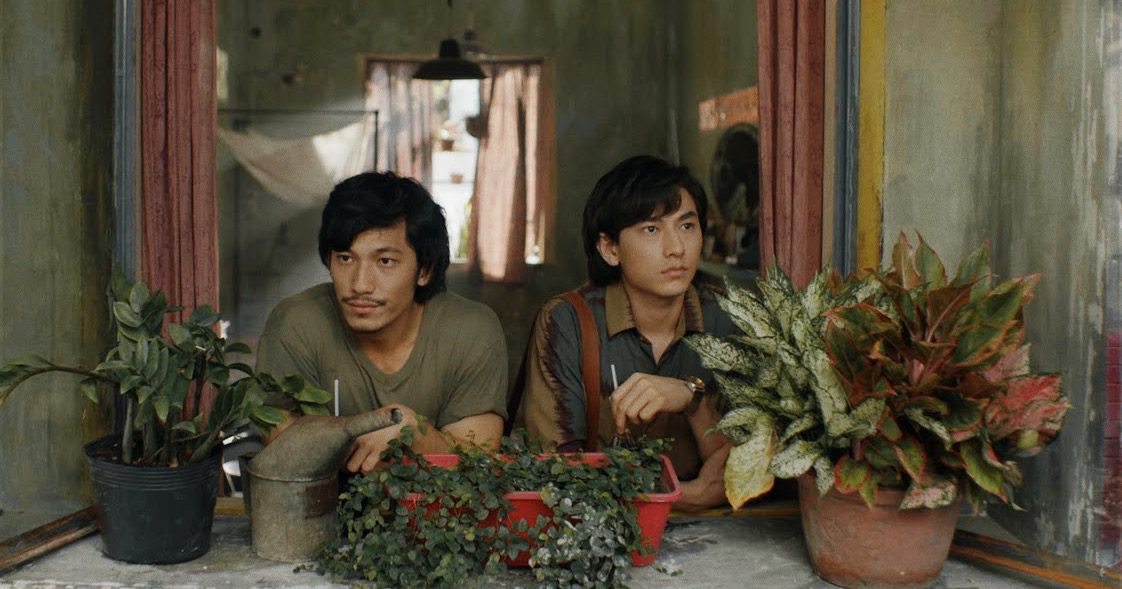 You’d think that after Portrait of a Lady on Fire, we wouldn’t need romances, or even narrative films, anymore. I mean, Céline Sciamma has kinda been there and conquered that. Be that as it may, it seems people are still making them. And as it turns out, Song Lang proves that there is most definitely still a place for romance in cinema.

Song Lang is a Vietnamese narrative feature film written and directed by debut filmmaker Leon Le, co-written by Minh Ngoc Nguyen, and stars Lien Binh Phat and Isaac. Dung (Binh Phat) works in underground debt collection; He takes from small business owners and poor families that were loaned to at steep interest rates. Linh Phung (Isaac) is a Cai-luong (Vietnamese Opera) performer. When Dung comes to collect from the opera company, he and Linh meet; thus begins the slow forming of a friendship.

At the beginning of Song Lang, Dung ‘Thunderbolt’ introduces himself to the audience as a man who has not yet found a true rhythm to his song. He is correct in this statement. We follow Dung as he goes about his daily business. He collects money from, or rather extorts, people, roughing them up if he feels the need to. It’s a pathetic life. And yet, Binh Phat draws so much sympathy from us with his subtle performance; an ever-present sadness behind his eyes lets those who choose to see know that he is simply in desperate need of connection.

That connection does come, but not from the place the audience, much less Dung, expects. In an early scene, two girls ask Dung about his faith, and he says he has none. A few minutes later, Dung visits a church, but concedes that finding faith will not be his revelation. The sadness behind his eyes only begins to wash away when Linh inevitably enters his life, forcing him to deal with his past, as well as his future. And those eyes, when they brighten, they’re positively radiant.

The second half is where Song Lang sings. Dung and Linh are thrust together for a night by sheer circumstance, and the film slows from a casual walk to a very leisurely stroll, like the one one has while walking at night alongside a crush — which is precisely what happens. [Relatively] quick scenes with incident and plot give way to quiet or even silent ones, where glances and introspection are enough. Eventually, the men speak, and realize they have much to say.

This film understands that romance is not always or even often a dramatic affair. Romance is actively watching, and more importantly, actively listening. 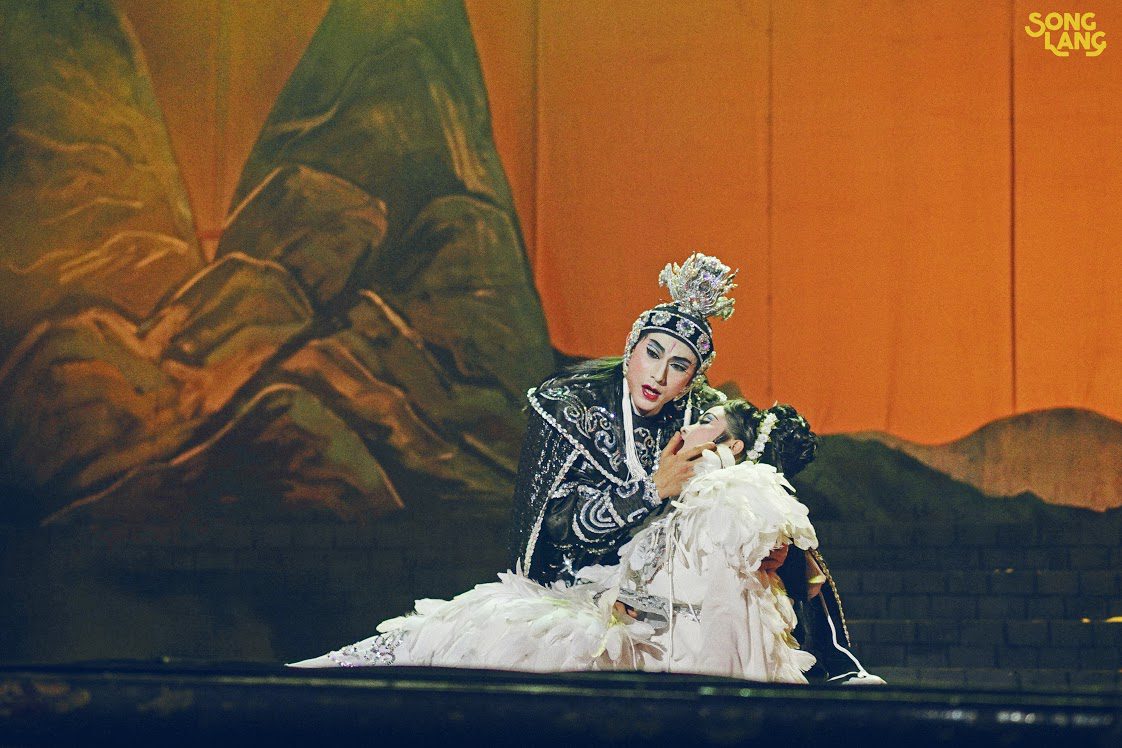 Which is not to say there is no drama. Cai-luong, which is literally Vietnamese Opera, plays a central role in Song Lang. Not only is it deeply personal to both Dung and Linh, it’s also just a lot of this movie. A significant portion of the film consists of characters watching pieces being performed, if not performing them themselves, over and over again. It would be easy for this to grow tiring, but it never does.

One reason for that is the music. The music in Song Lang is extraordinary. I am not that familiar with Cai-luong or Vietnamese music in general, and I have to admit that it took me a minute to get used to it. The instrumental melodies at first seem to clash almost violently with the singing; you wonder if this is what it’s actually supposed to sound like. But after a moment, the melodies and sounds begin to blend together. It results in the Cai-luong sequences feeling trance-like, where we bathe along with the onscreen audience in an aural bath of sound. Those scenes, along, with some very interesting needle drops (a cover of “Que Sera, Sera” really caught my ear), make for an exceptional sonic landscape.

The other reason you never get bored during the Cai-luong scenes, or any other scene for that matter, is because Bob Nguyen shoots the living daylights out of Song Lang. The film is shot in a 3:2 aspect ratio, which, as soon as I saw it, got me excited. I’ve noticed that films with more irregular aspect ratios tend to focus more on framing. Song Lang certainly did. And the COLORING. Every time a film prominently uses red and green in its color palette, and doesn’t feel tacky, I have to give a slow clap.

Song Lang has exquisite cinematography, hypnotic music, tranquil pacing, and genuinely great performances. However, when the film ended, and boy did it end, I left a little…miffed? I still don’t know how I feel, actually.

I won’t spoil anything, but I will say that the film resolves with an out-of-nowhere melodramatic moment, then leaves you on an ambiguous note. A note, I’ll add, that is not exactly cheerful. And it’s not like the film doesn’t earn it, it absolutely does in terms of both character motivations and intelligent filmmaking. But it is still a cliché, one that reinforces a narrative about queer characters and relationships that I’m not sure we need in today’s climate.

Ultimately, Song Lang offers a moving, if not slightly familiar tale. The technicals in the film are off the charts, and Lien Binh Phat gives one of the better performances of the year. Some might find the ending to be somewhat cheap, perhaps even a betrayal. However much I might not like it on a personal level, I believe the film mostly earns it.

If you find yourself wanting to watch a romance in the future, one that takes its time and finds comfort in the details instead of the drama, know that there is a lovely option in Leon Le’s first film.

Song Lang is playing in virtual cinemas starting October 9th, and will be available to rent/purchase digitally and/or on DVD on November 11th.

Thank you for reading! What did you think of Song Lang? Comment down below!

[…] what about the film itself? Well, to put it simply, Unbreakable is a masterclass in minimalist filmmaking. Let’s begin with the performances. Willis, who was once a very energetic screen presence […]

[…] Benjamin – A quiet, soothing performance. This is his only credit. HOW?! Give him all of the […]

This sounds, and looks, amazing. I may give it a pass though, a sad or bad ending colours the whole movie for me :)