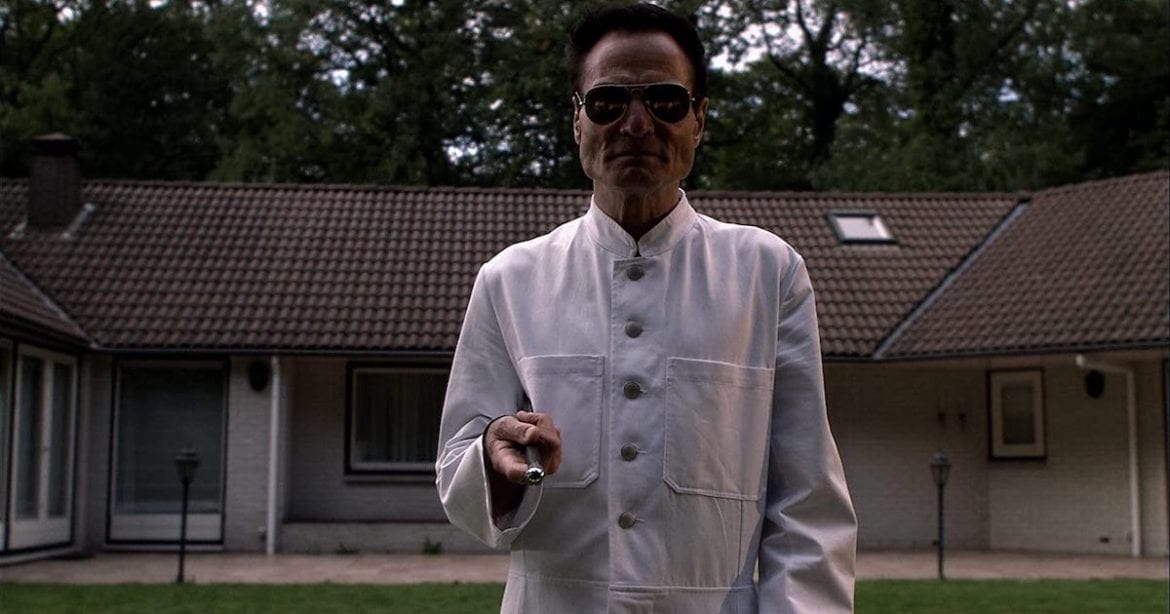 Mutations. Zombies. Mutilation. Violence. Disease. Contagion. Transformation. These are some of the elements of the subgenre called “body horror”. You might think that this is a recent phenomenon. But nothing could be further from the truth! Body horror goes back to the 18th century, to early Gothic literature. Think “Frankenstein” by Mary Shelley…  And in movies, we see some of the first examples in the 1950s with The Fly (the original one) and The Blob.

David Cronenberg is one of the masters of body horror. There is, of course, his remake of The Fly (1986). Before that, there were Shivers (1975) and Rabid (1977). I was a late teenager when The Fly came out, and I have to say that I was impressed. Almost to the point of being disgusted. The makeup effects were cool, to say the least! And Jeff Goldblum and Geena Davis prove that you don’t have to suck at acting to play in a horror movie. But when I saw the same movie some 10 years later, I was not impressed or disgusted anymore. And the same makeup effects that I had admired a decade before, now looked gimmicky.

Another representative of body horror is The Human Centipede trilogy by infamous Dutch moviemaker Tom Six. The first part came out 10 years ago, the sequel in 2011, and the last part in 2015. Six was influenced by Cronenberg himself, Japanese horror movies and Salò, or the 120 Days of Sodom (Pier Paolo Pasolini). But has The Human Centipede withstood the test of time? Are we still as shocked and disgusted as a decade ago?

For a movie that redefined (body) horror in some ways, The Human Centipede begins in a very cliché manner. We are somewhere in the Netherlands… Two American tourists end up in the middle of nowhere after their car breaks down. Lindsay and Jenny don’t know where they are… It rains very hard…  The two girls have to look for help… Finally, they see a villa with light and they decide to ring the doorbell.

But as soon as Dr. Heiter enters the scene, you can feel that something is “off”. The way he speaks and behaves makes the girls feel uncomfortable. But there is no way back. Lindsay and Jenny are drugged. When they wake up, the two girls find themselves chained to a hospital bed. An overweight truck driver soon occupies a third bed. But as quickly as the latter makes his entrance, the surgeon disposes of him. It goes so swiftly, which adds to the horror of it all.

But Heiter quickly finds a substitute. Japanese tourist Katsuro is the third captive. Then we are ready for shock number 2… The doctor explains in very precise details that he is going to operate the three young people. He is actually going to sew them together, mouth-to-anus. Thus they will share the same digestive system. A new creature will be born. Heiter succeeds in his goal and treats his new creation as his personal pet. But things go out of hand when one of the girls falls ill and the police arrive.

I am not sure whether this is true or not, but apparently the whole idea behind The Human Centipede is based on a joke. When the movie was launched, Tom Six also stated that it was possible to perform the operation as depicted in the film. The director even claimed that he was backed by a Dutch surgeon. Don’t worry: it all proved to be nonsense. But it was an effective marketing ploy. The movie became an immense hype, creating lots of buzz in movie festivals all over the world. And disgusting people everywhere…

To be honest, I watched The Human Centipede again. Even when you know its premise, even when you know what horror is coming, it’s still very powerful. And it’s not because of expensive make-up effects. It’s not the gore. Even though the subject suggests otherwise, there is little gore in The Human Centipede. You will hardly see any poo. And the places where the three captives are joined mouth to the anus are covered by bandages. The power of the movie is… suggestion. No need for special effects. Just let your imagination do its work.

Of course, this principle of suggestion is only possible when it’s backed up by some really good acting. Ashley C. Williams (Lindsay), Ashlynn Yennie (Jenny), and Akihiro Kitamura (Katsuro) do a more than adequate job. You can clearly see a whole range of emotions on their faces such as panic, fear, disgust, anger, despair, and so on. But the real star of the movie is Dieter Laser. He embodies evil itself, almost like a reborn Nazi doctor, who keeps himself busy with sadistic medical experiments. By the way, Tom Six was indeed inspired by the gruesome experiments that took place in the concentration camps.

In a nutshell: after 10 years, The Human Centipede is still going strong. And it will be so for a long time, gaining the status of a cult movie. In the meantime, Tom Six has moved on from body horror to something possibly more controversial. Just watch the trailer of The Onania Club and you’ll know what I mean!

Thanks for reading! What are your thoughts on The Human Centipede? Comment down below!

[…] a Dutch person who is used to having government made up of coalitions, American politics can feel daunting. Even […]

I remember 10 years ago my then teenage stepson raving about this film. Still can’t bring myself to watch it. Sorry!!! 😅

[…] It’s 10 years ago that Dutch director Tom Six surprised us with The Human Centipede. Or should I say: shocked us? Disgusted us? And does the movie still have the same impact? Read my analysis on MovieBabble here. […]