‘Irresistible’ is Political in the Best Way 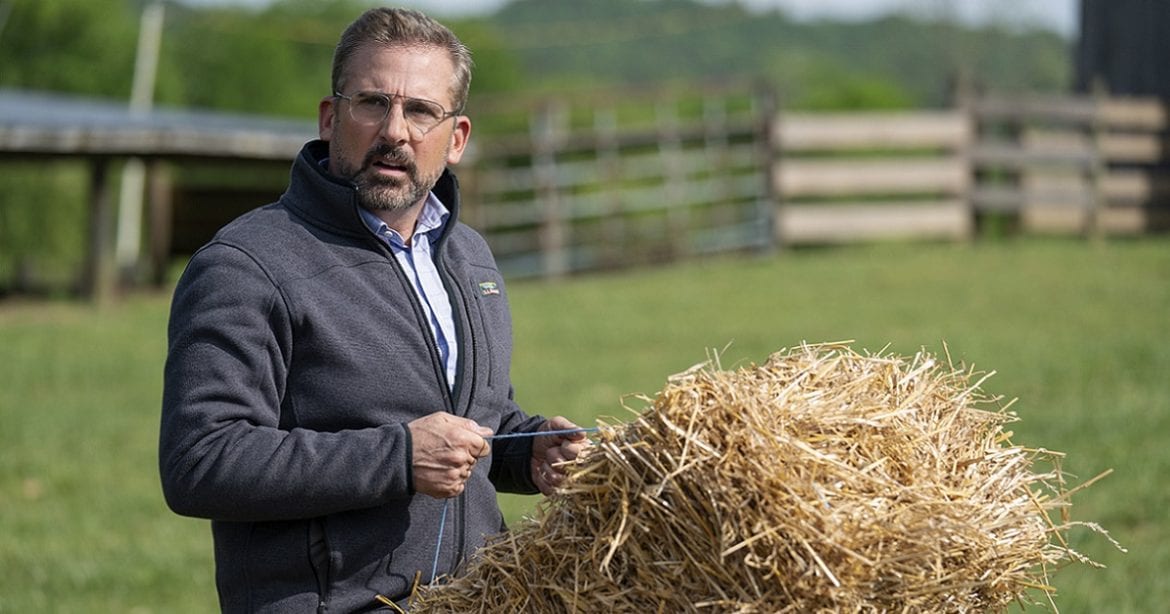 As a Dutch person who is used to having government made up of coalitions, American politics can feel daunting. Even scary at times, when they are essentially only two ways you can vote, for the left or the right. Irresistible provides clever commentary on American’s red/blue debate. Of course, the movie is political as hell simply because it is about politics. Nevertheless, Irresistible also paints a balanced picture for any kind of voter; and overall criticism of the selection process for representatives.

Irresistible tells the story of a small town in Wisconsin in which Washington-based campaign leader Gary Zimmer (Steve Carell) recruits an unlikely democratic candidate in Jack Hastings (Chris Cooper), a retired Marine Colonel standing for the rights of undocumented workers, to become mayor for his town. Gary sees Jack as a way to win back the heartland and turn it blue. Picking this movie to review was an easy one with this cast. Chris Cooper being in one of my favorite movies of all time, American Beauty (although admittedly a much harder watch nowadays), and I just think everything that Steve Carell touches turns to gold, but mainly I am just a huge The Office fan. Both men provide us with some amazing performances, but the real stunners are the women here.

Lots of Girl Power in a Male Led Film

Rose Byrne plays the opposition’s campaign leader, a Republican strategist sent into the small town to keep everything as red as possible. She’s the kind of villain character who does anything to win over voters (Don’t be fooled by Gary’s overall kindness, he too plays dirty). I love watching Byrne because she is one of those actresses that is just so versatile. Probably the first thing I realized I saw her in was Bridesmaids, and this was simply because I hadn’t realized she was the same actress I watched in Insidious and Get Him to the Greek. Byrne takes on characters so fully that you often don’t realize you are watching her because you never watch Rose Byrne the actress, only the character she performs. She just manages to outperform in any role.

The second lady I want to highlight is Mackenzie Davis as Jack’s daughter. Davis certainly is a rising star; for me, her most memorable roles have been in Blade Runner 2049 and leading the unforgettable Black Mirror episode San Junipero. In Irresistible, it took me a while to realize that it was Davis I was watching (does she have the same star potential as Rose?). Nevertheless, once Davis hits your screen she steals the show. She truly was a scene-stealer every time.

Following his departure from The Daily Show back in 2015, Jon Stewart is commonly known these days for criticizing the Trump administration. But what makes Irresistible different and more heartfelt is that Stewart castigates politics in America and the system as a whole. Whichever ideologies you believe — democratic, republican, or somewhere in between — Irresistible doesn’t make any attempt to change your mind either way. This movie is sweet and humble. Even though it contains some incredible comedic moments, it is not your typical Judd Apatow comedy. The pace is exactly right. Never a dull moment, but it also takes its time to explore everything on its mind thoroughly. Irresistible gives a warm and fuzzy feeling and definitely educated me on the United States’ political system. At the same time, we also find out what’s wrong with it.

Irresistible teaches many lessons. It teaches how to care about the small guys, and not have them just play a part for the greater good. As political as Irresistible is, it teaches the viewer that there really is more to life than choosing between left and right. That’s not to say that politics are not important, I certainly am not of that opinion. However, Irresistible is a reminder that there are ways for people to live in unity, no matter who you are.

Thank you for reading! What are your thoughts on Irresistible? Comment down below!

[…] Since 1935, The American Legion has sponsored Boys State (and Girls State, which is somehow a separated event, even in the 21st Century, but we’ll get back to that), a national civics program designed to immerse seventeen-year-olds into the nuts and bolts of public governance. […]