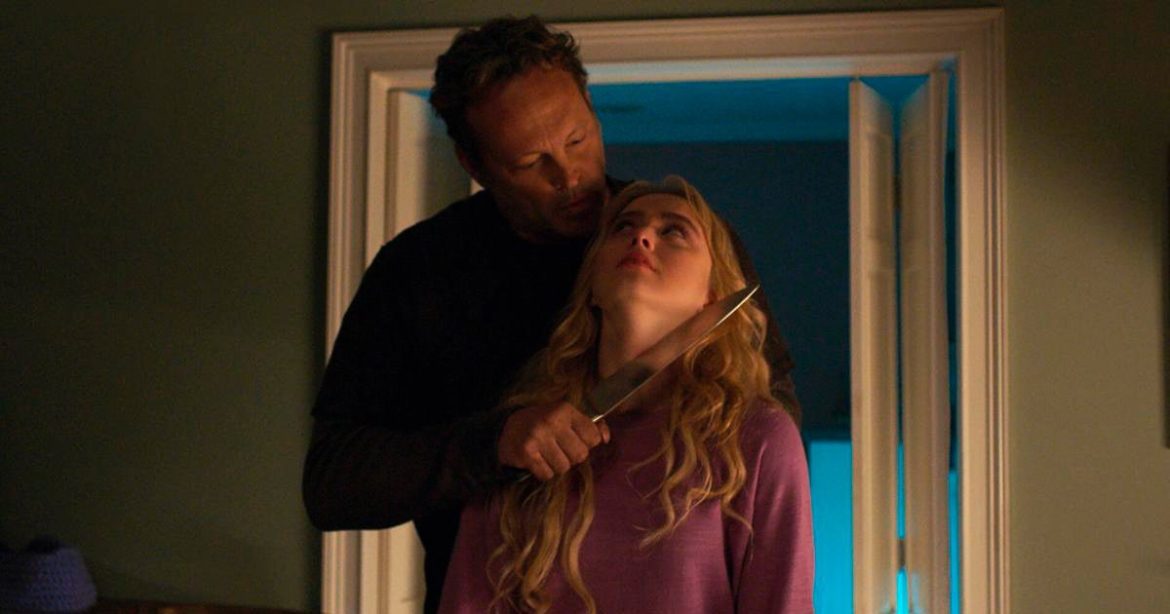 Christopher Landon’s latest horror-comedy Freaky is an utter delight. Starring Kathryn Newton, Uriah Shelton, Celeste O’Connor, Misha Osherovich, and the one and only Vince Vaughn, the film follows Kathryn Newton’s Millie who, after swapping bodies with a deranged serial killer, soon discovers she has less than 24 hours before the change becomes permanent.

Similar to Happy Death Day, Freaky is a lighthearted, comedic slasher that’s a joy to watch. Kathryn Newton shines in the female leading role and honestly appears to be having a blast. But, the main drawing point is Vince Vaughn. He absolutely “kills” it as a teenage girl and also seems to have an incredible amount of fun in his role as “Millie”.

Vince Vaughn has long been an actor I’ve admired, whether it be in Freaky, Fighting with my Family, or much of his earlier work. He’s a unique screen presence with his personality and uncommon height, and Freaky is all the better for it. However, the disconnect between Newton’s Millie, who is shy, timid, and quiet, and Vaughn’s Millie, who is a girly-girl, talkative, and fun, often pulls you out of the movie — they generally feel like two different people. However, this does also indicate Newton’s Millie doesn’t feel comfortable as herself, a common feeling many high-schoolers her age feel as they encounter many problems for the first time. It’s ultimately what makes part of the end satisfying, as she finally lets go and accepts herself for who she is.

Freaky doesn’t shy away from your typical slasher movie conventions: it has the same certain kills of a slasher, the same derivative story motions, and similar predictability, yet the storyline is a great deal of fun. Christopher Landon knows how to make a fun film and with both Happy Death Day and Happy Death Day 2U in his filmography, and that’s more than proven here once again. Freaky‘s comedic effect is fantastic and genuinely offers some rather unique laugh-out-loud moments through great satire. For newcomers to the slasher genre or those a bit more squeamish when faced with brutal violence in horror films, Freaky is a perfect, light place to start.

As mentioned before, the premise itself is quite simple. It’s the latest in a long line of high-concept, instantly intriguing longlines Blumhouse has used for financial gain. It’s also a fun callback to Freaky Friday mixed with a healthy dose of Scream. While being very simple, it’s still enjoyable and highly entertaining. But sadly, it’s the simple plot progression that is the film’s downfall in many ways. Freaky is a great body swap horror-comedy, but its predictability can sometimes leave you more annoyed than satisfied. You know which deaths are coming at each point in the story. Everything falls into line far too neatly.

Of course, with slasher movies, there’s always a suspension of disbelief that’s needed, and that’s exactly the case when watching Freaky. Still, the script is filled with contrivances and characters making dumb decisions, which sometimes pushes that suspension a bit too far. Too many times throughout the short runtime do things happen at exactly the right time, regardless of whether or not they’re reasonable.

Yet, the film still manages to offer a rather great final product. Despite its various flaws, Freaky is a brilliant addition to the genre that may also prove to be a unique joy for the LGBTQ community with its take on gender fluidity via the body-swapping being both uniquely funny and occasionally impactful.

There’s a lot to love about Freaky. It has enough snappy fun to keep it ticking along to the inevitable “shock” ending, and forces two delightful powerhouses together into a battle royale that seems primed to kickstart another new franchise, despite its rather pointless second cop-out ending that infuriated me. If you watch this film for anything, let it be for Vince Vaughn acting like a teenage girl — it’s a true highlight of 2020. While Freaky isn’t a perfect film, suffering from dialogue issues and that one awful cop-out in its ending, it does prove to be an undeniably bloody good time that fans of both Happy Death Day and Happy Death Day 2U will enjoy endlessly.

Thank you for reading! What are your thoughts on Freaky? Comment down below!