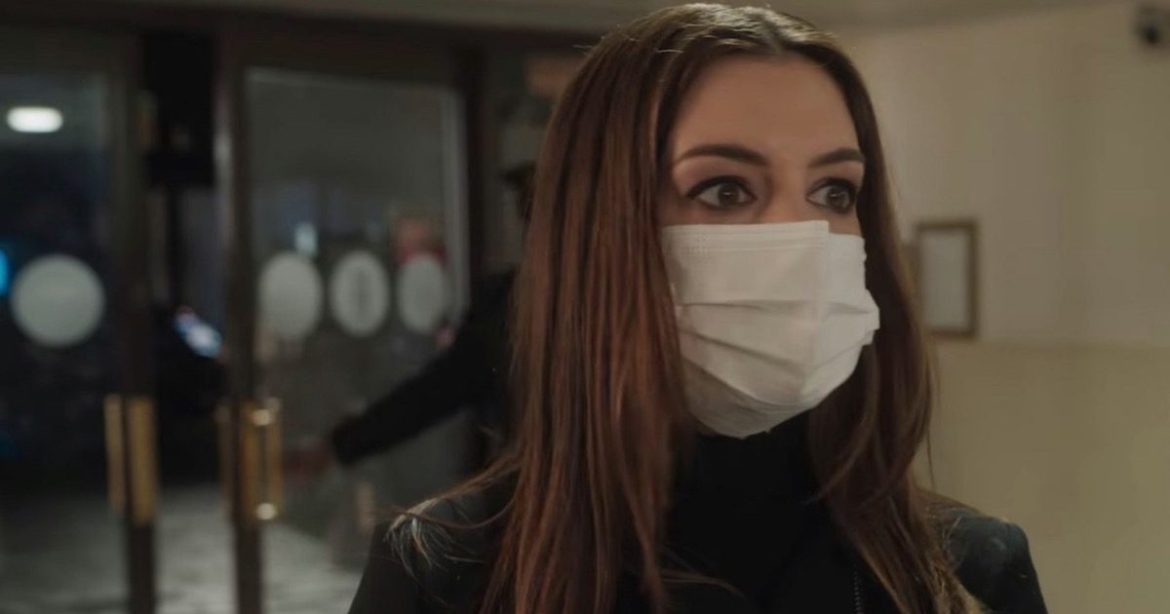 In just a few years, director Doug Liman plans to go into outer space and film a movie with Tom Cruise. Yet somehow, that still won’t be the most ambitious film Liman’s ever tackled. Rather, 2021’s Locked Down — a film which was greenlit last fall and filmed in a mere 18 days — is ambitious to a fault.

From dropped plot points to out-of-place scenes to one of the least intense heists in movie history, Locked Down would’ve benefitted from another few months of pre-production. Yet, it makes sense why this movie was rushed. Soon, every major studio will be building their own COVID cinematic universe; it’s only natural for Liman and his crew to want to lead the way.

In fact, this isn’t even the first COVID movie! Last year, a horror movie called Host made headlines as it was filmed entirely using Zoom; a large group of directors also teamed up last year to make Netflix’s Homemade, a collection of short films depicting quarantine around the world; and that’s not even mentioning the plethora of home movies, like Quibi’s iconic Home Movie: The Princess Bride. The list goes on and on. So, if Locked Down was never going to be the first COVID-centered movie, why rush it at all?

Consider the incredible team behind this: Academy-Award winner Anne Hathaway and Academy-Award nominee Chiwetel Ejiofor star as a struggling couple longing for the lockdown to end (which leads to no small number of play-like monologues, seemingly perfect for actors such as these). The film was written by Steven Knight, who, among countless other things, wrote the brilliant Tom Hardy film Locke, which singularly follows Hardy as he drives for an hour and a half. And the aforementioned director, Doug Liman, is once again going to be filming a movie in space!

For starters, this is a heist movie; yet, the heist elements of the plot don’t appear until 75 minutes into the 120-minute runtime. And, when the heist does appear as a hastily-determined third act, it may very well be the least interesting heist in movie history. Lost are the hyper-tense scenes of an Ocean’s movie, as obstacle after obstacle is thrust at our criminals, leading to an inevitable explosion of suspense and a satisfied audience; instead, Locked Down‘s one and only obstacle is whether the fake name Ejiofor is using (Edgar Allen Poe) will be discovered by night guards. Apart from that, it’s almost literally a stroll through the park. There are no thrills, and, for a heist movie, that’s a death sentence.

Moreover, the burgeoning and burdensome COVID-19 subgenre is already running out of material. You better believe that this movie features a buffering Zoom call, a throwaway line about toilet paper, and a scene where one character nearly forgets their mask (not to mention the most obvious product placement for AirPods Pro that you’ll ever see). Granted, the Zoom calls are arguably the best part of this movie — featuring actors like Ben Kingsley, Mindy Kaling, and Ben Stiller in small, comedic roles — but they fill so much of the runtime that you have to wonder how long it’ll be before a COVID movie is made that doesn’t use Zoom as a set-piece.

And that leads to the biggest issue with Locked Down. This didn’t need to be a movie about the lockdown.

Think about it: in the next five years, we’re going to get dozens (if not hundreds) of movies about quarantine. There’ll be rom-coms, dramas, probably even an alternate take on COVID which turns the pandemic into a zombie movie. We’ll get a COVID musical, an animated heart-warmer, and half a dozen documentaries each year. Maybe even eventually, a COVID-themed movie will win Best Picture. But how many movies is too much? We all still remember quarantine well; do we really need hundreds of scenes of characters buying hand sanitizer?

Locked Down spends the majority of its time showing us what quarantine looked like in early April (we know this as Boris Johnson gets hospitalized early on). In twenty years, this could serve as an interesting snapshot of an insane period. Yet this already isn’t and was never going to be, the only movie made about the lockdown. We’re left wondering what could’ve been with a cast and crew this good.

This could’ve been an incredible heist thriller or a romantic drama about drifting apart à la Marriage Story.  It didn’t need to be both, and it didn’t need to be about quarantine. Lockdown not only restricted this film narratively, but it also forced the cast and crew into a deadline — a race — to try to be one of the first mainstream movies tackling this contemporary subject. It lessens the originality of the movie, the pacing, and ultimately, the impact.

In conclusion, Locked Down does some things right. It’s genuinely funny at times, poetic at others. Hathaway and Ejiofor are both giving it their all (almost as if they’ve been deprived of acting for so long that they’re finally unleashing everything they’ve got — and then maybe too much), and the cute little hedgehog from the beginning of the film delivers one of the strongest film debuts in recent memory.

But on the whole, it’s a film trying to do too much while structuring itself in the worst possible way. Shave off thirty minutes (i.e. three Zoom calls) and you’d have something great. Then, this wouldn’t just be the first COVID movie, it’d be the best one too.

Thank you for reading! What are your thoughts on Locked Down? Comment down below!

Brady Sanders is a film student at San Francisco State University. Between film school, writing for MovieBabble, writing his own scripts, and watching movies, his entire day is spent surrounded by film. To that he says "wow, I should really get another hobby".