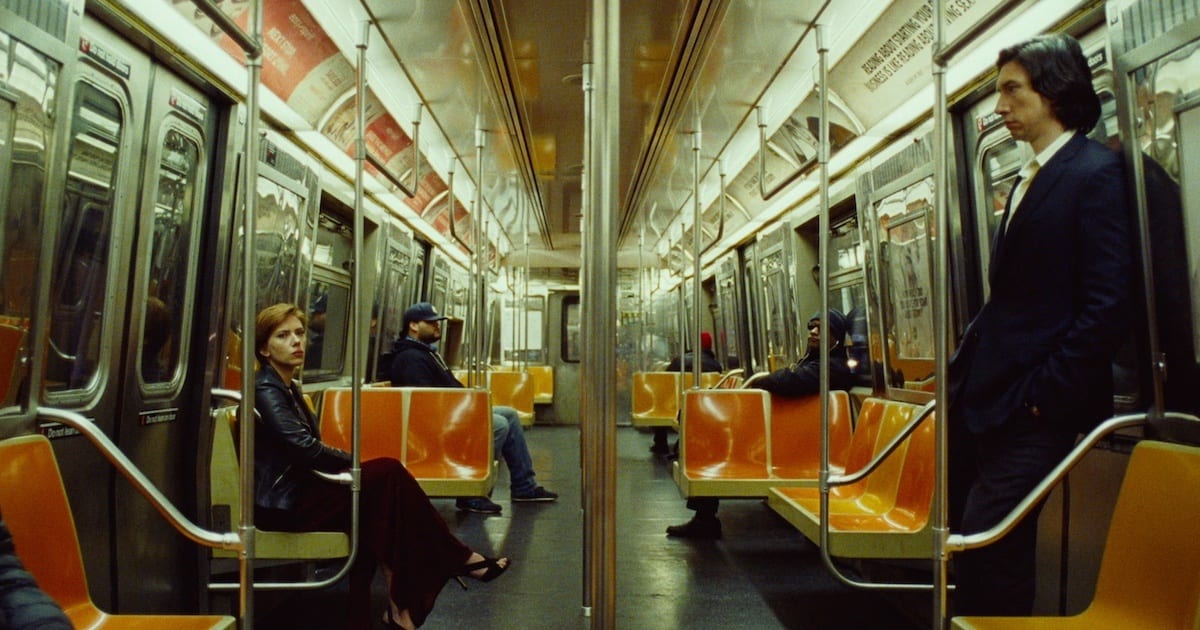 Anyone that is familiar with Noah Baumbach’s work would know that Marriage Story isn’t necessarily breaking new ground. He’s made his career on telling family dramas about individuals in metropolitan areas, specifically New York. Most of the time, these people have artistic or creative jobs — or once did and have since fallen off and struggle to find new work. Marriage Story also marks the fourth time that Baumbach and Adam Driver have collaborated. Hell, it isn’t even Baumbach’s first movie about divorce! But what makes Marriage Story so mesmerizing is a newfound level of maturity and warmth that Baumbach adds to this script. Working at the peak of his writing and directing capabilities certainly helps too.

Baumbach always pulls from what he knows — at least partially — but Marriage Story is an entirely different animal as it largely based on his separation with Jennifer Jason Leigh. The two were married from 2005-2013 and had one son together. (In related news, Baumbach swears that Leigh likes this movie.) Comparably, Marriage Story follows a couple on the verge of divorce. Charlie (Adam Driver) is a theater director while Nicole (Scarlett Johansson) is an actress who frequently stars in his plays. They live together in New York in an apartment with their son Henry (Azhy Robertson), but by the time we meet them, their relationship has already started to unwind.

The first scene of the film sets the stage beautifully as it begins with montages of their relationship with a voice-over from both Charlie and Nicole explaining what they love about each other, only for the film to smash cut to both of them sitting in an office with a marriage counselor. The words from each voice-over actually come from letters that the two were tasked with writing to each other, but, in the moment, they’re reluctant to express their feelings to each other.

They’re generally civil towards each other, initially hoping to accomplish their separation without lawyers and hassle because, as the film shows in heartbreaking detail, they are no true villainous characters in this situation. There are only normal, decent human beings dealing with extremely unfortunate circumstances. Baumbach shows incredible maturity by indicating how going through a divorce constantly hits a raw nerve, which can exacerbate the issues that a separating couple has.

On the verge of making the separation final, Nicole takes Henry to Los Angeles to visit her mother (Julie Hagerty) and begin a career rebirth of sorts by starring in a TV pilot. She agrees with Charlie to return to New York afterward so they can settle everything. But while in L.A., Nicole decides to hire Nora Fanshaw (Laura Dern) as her lawyer to protect herself. Charlie is served his papers, but because he was served in L.A., their divorce officially becomes an L.A.-based case.

A majority of Marriage Story is then spent dealing with the legality of the divorce, which Noah Baumbach explores in excruciating detail. Charlie must find an L.A.-based lawyer, but many of them cannot represent him because they already had a meeting with Nicole beforehand, which creates a conflict of interest. Upon finding a lawyer (played brilliantly by Alan Alda), Charlie is faced with a seemingly no-win scenario: if he leaves L.A. to go back to New York for work, Nora can use that as a ploy for the custody battle to show that Charlie isn’t fully invested in Henry’s life, but if he stays in L.A., there’s a ton of evidence to back up Nora’s claim that they are an L.A.-based family, and that Henry should stay in L.A.

Later on, after switching to another lawyer played by Ray Liotta, Charlie is faced with another painful truth. As Liotta’s Jay explains, “if we start from a place of reasonable, and they start from a place of crazy, then we went we settle, we’ll be somewhere between reasonable and crazy!” Liotta is perfect in his line delivery, but while it’s a very entertaining moment, it is also a very painful reminder of the extremes that are taken during a divorce. Even though there is a sense that the lawyers are doing whatever they can to make a profit, they’re not deeply cynical people. They fight as hard as they can for their clients in the courtroom, twisting every piece of information about the other party to favor their own; but outside of the courtroom, Nora and Jay discuss attending the same charity benefit, or even how their families are doing. For them, it’s not personal, even though the nature of the case is overwhelmingly personal for Charlie and Nicole. The real villain here is divorce itself. 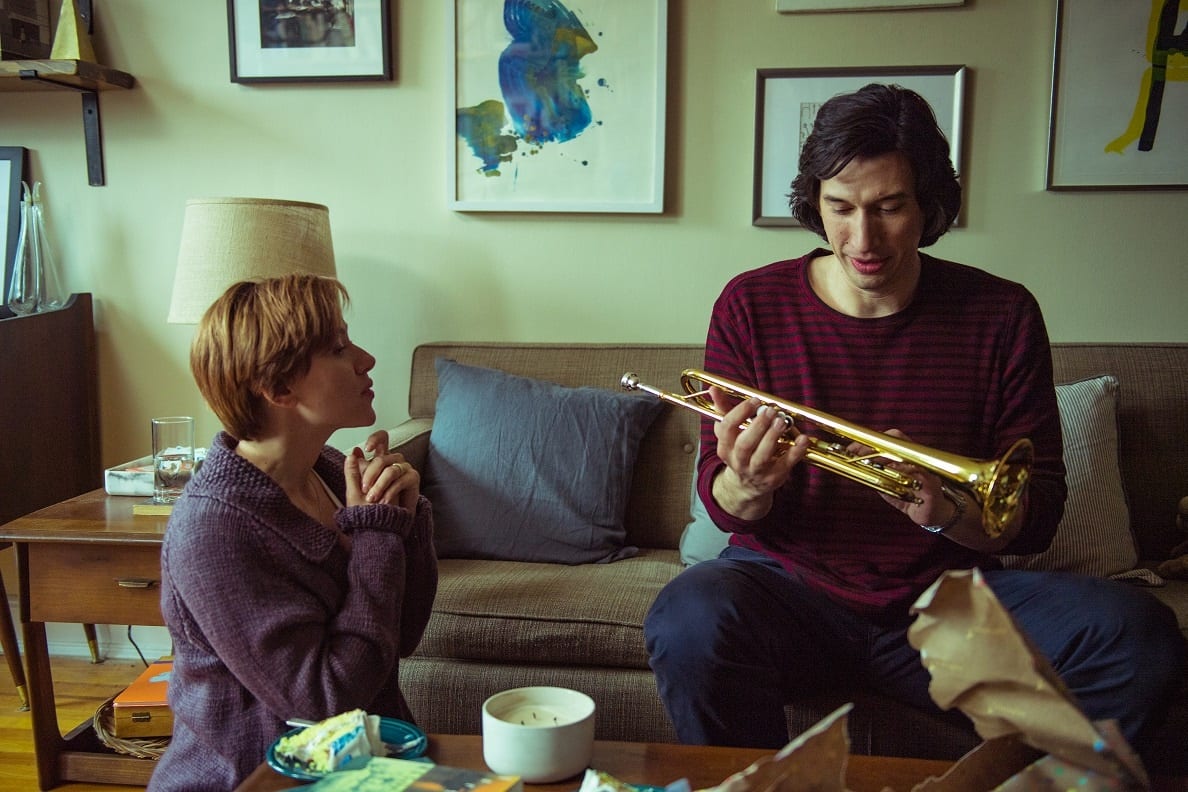 Although Marriage Story ultimately becomes Charlie’s story — his character has more growing to do — Noah Baumbach is very aware of both sides of this situation. When Johansson’s Nicole goes to L.A. in the first place, the film never tosses any judgment her way. One of the most moving scenes of the year involves Nicole in Nora’s office, where she is finally given the opportunity to let go of her emotions and express how Charlie mistreated her in one long, extended take. (When Johansson gets nominated, I’m positive they’ll use a snippet of this scene for her Oscars clip.) It keeps going and going, turning into a monologue similar to something you’d see on Broadway. But what becomes abundantly clear is that her frustrations aren’t about what Charlie did to her, but more so about what he didn’t do. He wasn’t aware of her needs or desires, and it slowly wore her down over time.

Both Adam Driver and Scarlett Johansson are astonishingly powerful and beautifully clumsy as they stumble through all the pain, expressing every bit of heartbreak and tragedy they can muster while still feeling like genuine human beings. There’s a true sense of vulnerability and confusion to their performances, culminating in a few shouting matches that are more than difficult to watch. I’m convinced that Adam Driver can do just about anything as he runs the gamut of emotions, from devastated to highly comical. For Johansson, in the post-MCU phase of her career, it is so refreshing to see her depart from the steely, emotionless roles that she has played for the better part of the last decade. Marriage Story is a great reminder of how much tenderness she can bring to a role.

The obvious comparison for Marriage Story is Baumbach’s The Squid and the Whale, his other film revolving heavily around divorce. The two films are interesting companion pieces to one another, with The Squid and the Whale focusing on how a nasty divorce can affect the children, whereas Marriage Story is far more concerned with the adult complications. Henry is unquestionably at the center of the legal fight between Charlie and Nicole, but we never dive into his psyche. The Squid and the Whale is also the angrier of the two movies, constantly spewing the contempt it has for those characters, especially Jeff Daniels’ Bernard — deeply-rooted hate permeates the movie. It feels like more a convulsion of frustrations, and Marriage Story exudes a deep sadness for such a terrible life event. Both are valid interpretations, and together, they form a double feature full of regret.

But by meticulously taking the viewer through the mechanics of an ugly divorce, Baumbach hits on an important idea: an ugly separation can mask a lot of the authentic feeling that two people will always share for each other, even if their time together is coming to an end.

Thank you for reading! What are your thoughts on Marriage Story? Comment down below!

[…] I’m throwing my support behind Noah Baumbach and Marriage Story — the way the awards season has shaped up, Baumbach seems to need a […]

I also loved the film so much. If you’re interested to read my review, here’s the link: https://meshthemoviefreak.wordpress.com/2019/12/09/marriage-story-2019-movie-review/ :)

They really are! Thanks for the kind words 😄

Polar opposite in thinking on this one – but you do write it all and explain your feelings very well. :)

Why thank you so much! I appreciate that so much :) But I’m curious, what didn’t you like about it???

In order to save me time of explaining it all – just attached my review as it’s pretty self explanatory. :) https://peggyatthemovies.com/2019/11/05/review-marriage-story-2019-netflix/

Interesting take! I guess I share the same opinion about your review as you do for mine: very thoughtful and well-written, but naturally I just disagree with you given my thoughts 😉