‘Nomadland’: Worth Every Ounce of Hype (and More) 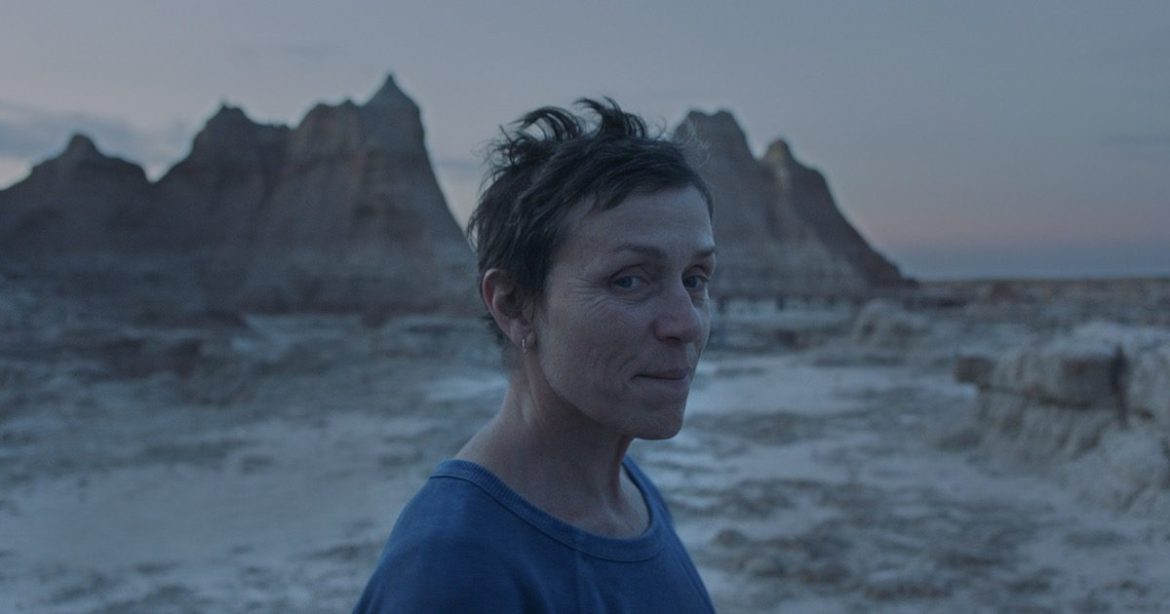 Towards the end of Nomadland, Chloe Zhao, laying all her cards on the table, tells us what her film is really about.

“What’s remembered, lives,” says the forgotten woman while the sun sets deep in the Arizona desert.

Nomadland is presented to the viewer as something between a drama and a documentary. Although Frances McDormand, playing the main character Fern in a performance that feels almost guaranteed to bring major attention as we get deeper into awards season, is a fictional character, nearly no one else is.

Instead, Zhao chooses to allow Fern’s entirely believable story to exist alongside the very real struggles of a forgotten class of Americans; the Nomads.

During the 2008 financial collapse, millions of Americans lost any sense of fiscal and emotional stability that they had. Many of them never truly recovered, a fact that we are still confronting in national politics to this day. Something happened to some of these people, though. Rather than returning to the same systems that had failed and betrayed them, they went a different way.

And that brings us to Fern.

When we meet Fern, she’s taking seasonal gigs throughout the American West and discovering the network of new American travelers. After all, as she tells a former student of hers she runs into in a hardware store, she’s houseless, not homeless.

Though the group of characters has their standouts, the two that left the largest impact on me were Swankie and Bob Wells.

Swankie, played by Charlene Swankie in a dramatized version of herself, gives us perhaps the most heartbreaking story in the film. She’s dying of cancer when we meet her, with the dream of returning to the most beautiful place she’s ever been before she passes; a cove she found while kayaking, surrounded by swallow nests. After that, she says, she can die at peace, with only the hope that her friends will toss a rock into the fire in her memory.

Bob Wells is one such friend.

A very real man, Bob Wells rose to prominence as someone helping other middle-aged Americans navigate the van-living lifestyle after the Great Recession. He is a good-hearted pseudo-leader for this movement and has a profoundly personal effect on the people who come to him for guidance. He is one of those who tosses a rock in the fire in memory of Swankie.

Before I end this review, I would be remiss to never mention the intensely beautiful visuals throughout. Easily one of the most gorgeous films I’ve seen in the last decade, Zhao and cinematographer Joshua James Richards are both clearly announcing themselves as two of Hollywood’s most promising sets of eyes. I certainly hope to see them partnering together many times in the future; between Zhao’s knack for quietly gripping stories and Richard’s hand behind the camera, there’s nothing they can’t make for compelling film.

I loved this movie, and it will deserve every single one of the many accolades it’s on its way to collect. Please, give it a watch.

Nomadland is available now on Hulu.

Thanks for reading! What are your thoughts on Nomadland? Comment down below!

I may be the only person disappointed by this movie. I loved the book and felt the movie didn’t really capture the overall community of “nomads” that the author Jessica Bruder introduced us to in her work of non-fiction. The Frances McDormand character made choices to remain “houseless.” Many in the book didn’t have any choice and that is fundamental to the story.