‘Wojnarowicz: F**k You F*ggot F**ker’ – The Tragic Lives of David, Peter, and Tom 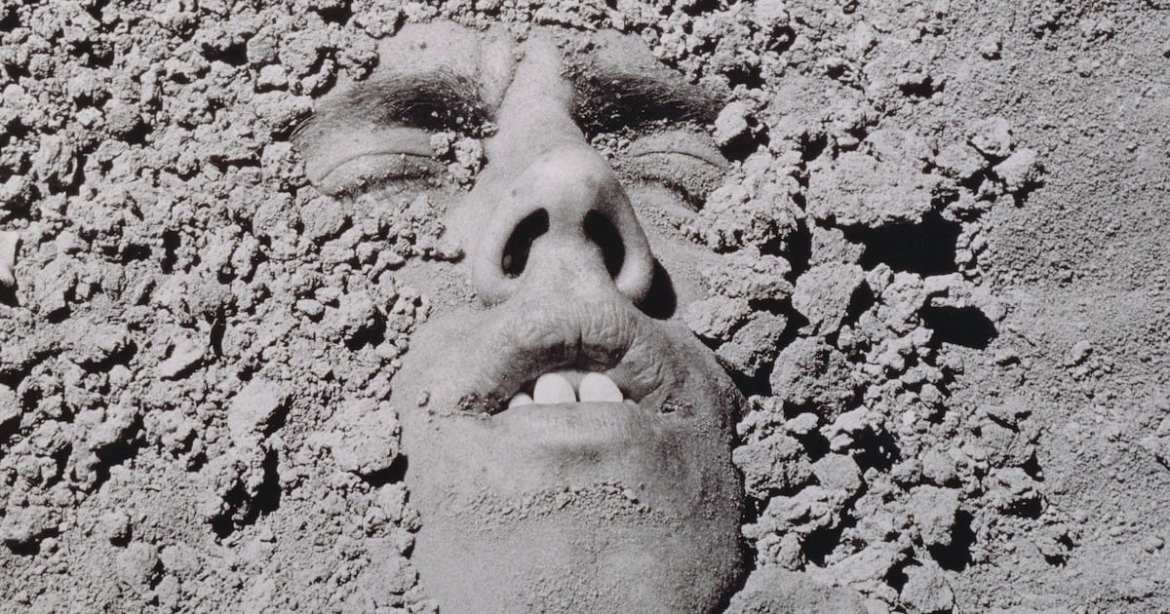 Before I saw this movie, I had no idea who David Wojnarowicz was. Its title was also a complete mystery to me. But then I saw the documentary, and I decided to do some background research. I then felt I knew the artist better. Heck, I even wanted to have known this man personally. Too bad I was only a teenager in the eighties.

David Wojnarowicz was a genius multimedia artist. He dabbled in films, photography, painting, stenciling, music, street and performance art, and even writing. It’s a credit to the documentary that it doesn’t limit itself to a certain phase in the artist’s life. You get to know Wojnarowicz from early childhood to the bitter end. Its sources are as varied as the artist himself. There are interviews with the artist, friends, and family, extracts from his audio journal, pictures, messages on answering machines, newspaper clips, and more.

Born in 1954, David and his two siblings had a miserable childhood, marked by an abusive alcoholic father. After the divorce of their parents, the three children and their mother ended up in New York. He often ran away, ending up hustling in Manhattan. Afterward, he spent some time in Paris with his sister, but he soon returned to New York. He then quickly became an avant-garde artist in East Village.

From the beginning, Wojnarowicz worked in different media. He was a member of a band called 3 Teens Kill 4, who made an EP, called No Motive. The street and abandoned buildings soon became his canvas. At the same time, he experimented with 8mm films. He also created a photographic series inspired by the French poet Rimbaud.

It didn’t take long before Wojnarowicz’s work attracted the attention of art galleries. In the meantime, he also started publishing books. He had attempted to do so in Paris before, but without any success. Slowly but surely, Wojnarowicz became more and more popular. Art collectors became interested in his work, an evolution that didn’t make him happy. Wojnarowicz did not make art for commercial purposes. He strongly believed in the principle of art for art. His art was based on personal experiences: his troubles with his family and his violent surroundings.

Other artists became interested as well in this young man, who conquered the art world by storm. Wojnarowicz started working with other artists from very different disciplines and backgrounds. One of these collaborations would change his life forever. Peter Hujar was a photographer, known for his black and white portraits. Notwithstanding an age difference of twenty years, the two very quickly had a passionate fling. For the rest of his life, Hujar would be Wojnarowicz’s lover, mentor, and father figure.

In the background, America was changing. Reagan had come to power, promising the people to “make America great again.” (Sounds familiar, no?) And a mysterious disease called AIDS was spreading, especially in Black, Hispanic, and gay communities. These events would give rise to homophobic reactions and movements. This is also reflected in the artwork of Wojnarowicz. One of these is called “F**k You F*ggot F**ker”, based on a piece of paper with a homophobic reaction on it.

Wojnarowicz was devastated when Hujar contracted the deadly disease. Medication was limited and hardly accessible at that time. Little was still known about AIDS. The disease quickly ravaged Hujar’s body and mind, leading to dementia and eventually to death. There is a very intimate and enormously touching moment in the documentary. Wojnarowicz was with Hujar when he died, which must have been heartbreaking. Afterward, David photographed Hujar’s face, hands, and feet.

Hujar’s death led to a change in the artwork of Wojnarowicz. It became bolder, more brutal, and a lot more outspoken. His works became a pamphlet against the politics of the time, which chose to stigmatize homosexuality and AIDS. Wojnarowicz had himself tested and found out he was HIV positive. This diagnosis gave his artwork yet another extra dimension. It now became a witness of his personal struggle against AIDS. Last but not least, his then-boyfriend Tom Rauffenbart would contract AIDS as well.

Emmy-winning filmmaker Chris McKim — known from RuPaul’s Drag Race — directed Wojnarowicz: F**k You F*ggot F**ker. Piecing all the information from different sources together into a coherent documentary must have been all-consuming. The result is stunning! The viewer gets an in-depth overview of the life and work of David Wojnarowicz. Kudos to WOW Docs and World of Wonder’s Randy Barbato and Fenton Bailey for producing such a project.

Wojnarowicz: F**k You F*ggot F**ker is more than a dry series of facts and names; it has quite the soul. I have already mentioned the touching moment surrounding Hujar’s death. There is a very emotional fall-out between David and his brother Steve. The sweet messages of love and support by David’s sister spread all over the documentary. There is a serious amount of rage and despair in Wojnarowicz’s voice in his introduction to one of his last exhibitions — that voice will stick in your head for a long time.

The documentary ends with the death of Wojnarowicz and his political funeral. The picture of his dead body lying in bed is so sad to the point it becomes heartbreaking. A very frail Tom Rauffenbart visits a retrospective about his former lover. You see an unspoken world of very deep emotions. About a year later, Rauffenbart would die too.

A man and an artist like David Wojnarowicz deserves a fascinating and genius documentary. And Chris McKim nailed it.

Thank you for reading! What are your thoughts on Wojnarowicz: F**k You F*ggot F**ker? Comment down below!

‘Pray Away’ Is Gut-Wrenching, Fatiguing, and Absolutely Necessary