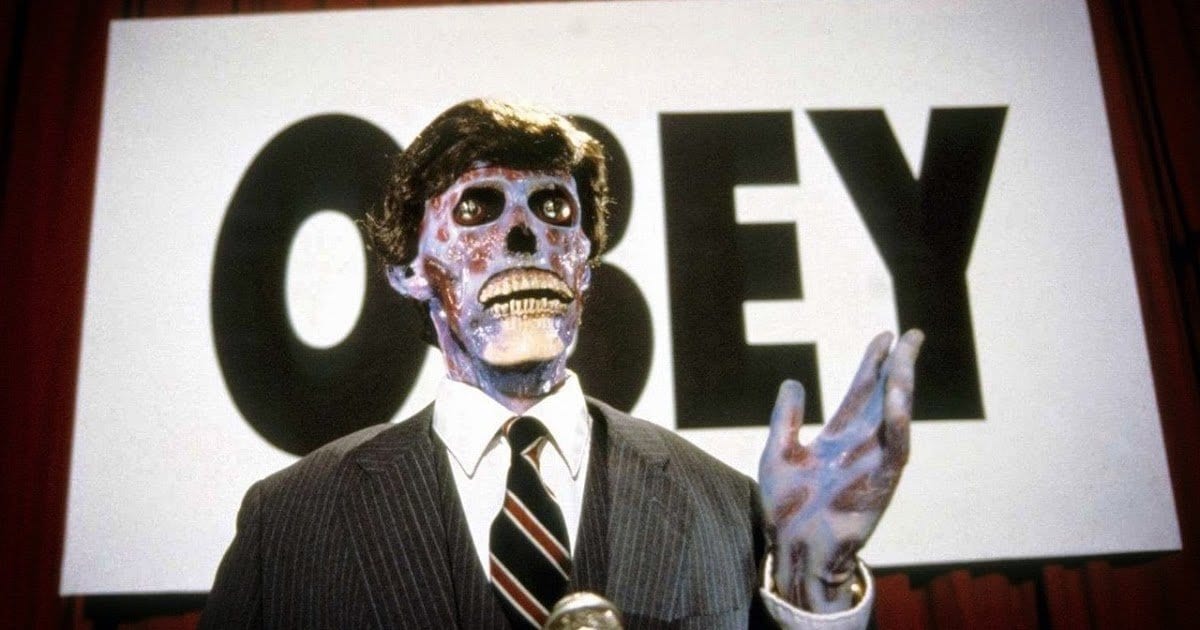 They Live was released in 1988 with John Carpenter using the film to satirize the so-called “Reaganomics” of 80s America. It deals with a drifter who finds sunglasses that show the world is controlled by aliens. They are brainwashing human beings into mindless consumerism, so they follow orders and don’t think about what is really going on. Is this still relevant today? I think that’s a no-brainer.

Aliens are Among Us!

The protagonist, played by wrestler Roddy Piper, puts on a pair of magic sunglasses and suddenly sees a whole new world. Advertising becomes hidden messages, which say  ‘consume’, ‘no thought’, ‘do not question authority’, and so on. Cash displays the words ‘this is your god’. The aliens themselves look like skulls with their eyes bugging out. (I kept thinking about fifties era Bug-Eyed Monsters). They don’t ring true as an alien race. Their own culture is never shown. They speak and act like humans even when they are not being observed. If the idea is that what we think of as our culture is theirs, that is not clear as we are never told how long they have been present on Earth.

The rebels state that the aliens go from planet to planet and use this technique to take the planet’s wealth. How do they know this? Well, there is no real indication of the aliens removing wealth from the planet. We see a transport device, but all it’s moving is people. They are clearly ruthless and have no compunction in killing the rebels. So why would they recruit humans at all? They would have no need to if they are brainwashing everyone to get what they want. As science fiction, this is very B-grade stuff. 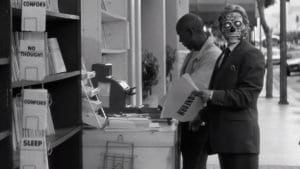 What’s It Really About?

Maybe the aliens don’t need to convince as they are merely a metaphor for consumer culture, their cadaverous appearance meant to symbolize their corruption. The slogans appearing everywhere represent advertising distilled down to its most basic ingredients, encouraging us to chase material wealth in order to find happiness, while avoiding rational observation of the world around us. Carpenter himself states this film is a satire of Reagan era America. The media brainwashes people to a state where self-interest is everything, and self-indulgence is all that matters. You could go as far as to interpret this as a Communist idea, that the aliens are the bourgeoisie exploiting the workers as represented by the unnamed protagonist and his friends. While I think that’s taking it a bit too far, the film has an unfavorable message about unbridled materialism, which continues to be relevant. 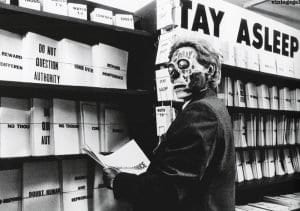 Juvenalian satire attacks governments or institutions to expose hypocrisy and immorality. Its purpose is to upset the status quo. They Live definitely does this. However, it’s as subtle as a sledgehammer. Science fiction can be a very good medium for satire, but this is not a very good example. Carpenter endlessly whacks us over the head with the same message — consumerism is bad, we’re all asleep, wake up! I had a similar reaction to the people getting irritated about the hacked TV broadcast. Yep, you’ve said that already, move on. It is possible that this was intentional, as advertising itself is far from subtle. I think there’s a lot to be said for a lighter touch. 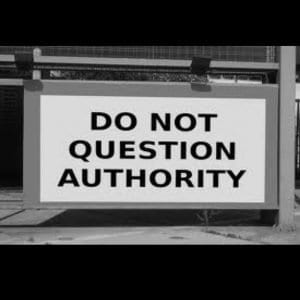 I suppose a $4 million budget is low. I would not have been surprised to find out it was lower, however, as the movie has a very cheap feel. The dialogue is bland, and the characterization is non-existent. Roddy Piper as the protagonist is spectacularly wooden. Apparently, Carpenter was going to cast Kurt Russell, but he decided that he would go with a different lead after three films with Russell. (You should have stuck with Kurt, John. A real actor might have livened this up a bit.) The supporting cast is marginally better than Piper, but only just.

Also, the guns never seem to run out of ammunition, and the cast waste ammunition by wildly spraying bullets around instead of aiming. They shoot from the hip, something that is a pet peeve of mine. Carpenter can do better. He clearly has done better. 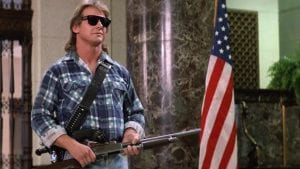 It might seem that I really hated this film. I didn’t. The message, however poorly delivered, is a good one, and very relevant today. The story is mildly entertaining, in a ‘nothing else to do with your afternoon’ kind of way. I have seen worse acting, and I have certainly seen worse films.

They Live is one of John Carpenter’s poorer offerings, but it has a certain charm. 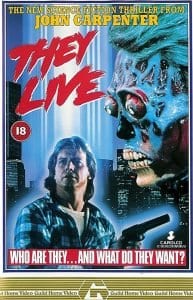 Thanks for reading!  What are your thoughts on They Live?  Comment down below!

[…] the background, America was changing. Reagan had come to power, promising the people to “make America great again.” (Sounds […]

[…] as the Synth Rider, decked out in cool shades and a leather jacket sporting some Suspiria and They Live neck tattoos, listening to Carpenters narration via the radio in the Delorean he is driving? […]

I’ve always believed this movie is about narcissists. I mean, that’s definitely a part of it, one way or another.

I just watched this movie for the first time. Very relevant to today.