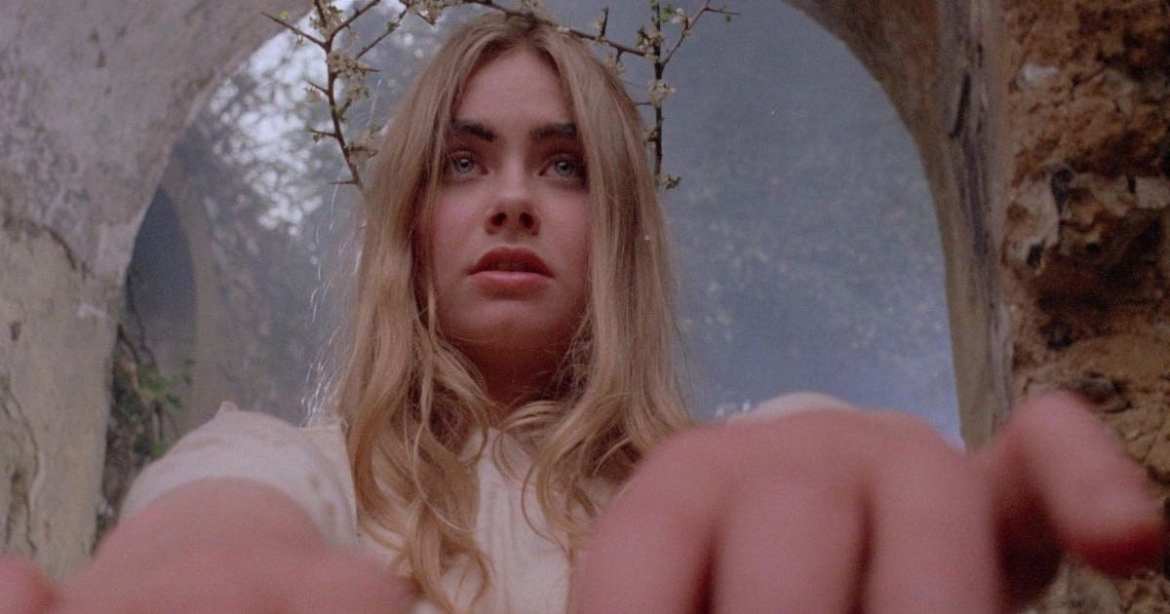 It’s not often that you watch a documentary that is genuinely informative and also includes a talking head drinking a Tecate. In life, it’s all about the simple pleasures.

Seldom does a documentary instantly feel like it’s THE documentary on a particular subject. Perhaps that distinction has grown even more difficult in the last few years as Netflix and other streamers have re-popularized nonfiction storytelling, but even so, Woodlands Dark and Days Bewitched is most definitely the touchstone in the exploration of folk horror.

Clocking in at approximately three hours and fifteen minutes, director Kier-La Janisse sets out to capture everything there is to know about the subgenre, and with the time to dissect plenty of different topics, she just about does it. Naturally, the film starts at the beginning, highlighting the pillars of folk horror, or “The Unholy Trinity”, as they’re dubbed: Witchfinder General, Blood on Satan’s Claw, and The Wicker Man. These and others of the time mostly follow the structure commonly associated with folk horror: a person wanders into an unknown location, discovers a secluded small town, and slowly realizes that cult behavior is taking place.

Although, Janisse makes a point early on to examine why this structure exists, what filmmakers codified it, and what underlining meanings — both societally and artistically — it may have. Folk horror may be one of the best subgenres to bring credence to the expression, “life imitates art and art imitates life”. The rise of folk horror in the U.K. mirrored an era of political and civil unrest, and even though we often associate it with witches and mysticism, it can easily be boiled down to the conflict between the past and the present. The cultists (or whatever other evil force such a film has) represents that friction, and the fear that our barbaric pasts may rise again.

From there, Woodlands Dark and Days Bewitched makes a compelling case that folk horror is far more sprawling than movies like The Unholy Trinity — or some of their contemporary counterparts such as Midsommar or Apostle — by moving to different regions around the world to detail how the subgenre morphs to highlight that culture’s specific struggles. In the United States, it often comes about in stories on racism and slavery, making films such as Candyman prime folk horror candidates; In Australia, many folk horror films were born out of scrutinizing the country’s colonialist past. Each region has its specific traits. Not to mention the documentary also discusses gender dynamics, and how the depiction of witches and other demonic female characters often reflects the fear of feminism.

Woodlands Dark and Days Bewitched throws a lot at you while remaining concise. My advice to you: watch this documentary with your Notes app handy — you’ll have plenty of films to add to your watchlist.

Thank you for reading! What are your thoughts on Woodlands Dark and Days Bewitched: A History of Folk Horror? Comment down below!