‘Spiral’ is Excellent Queer Commentary Through a Horror Lens 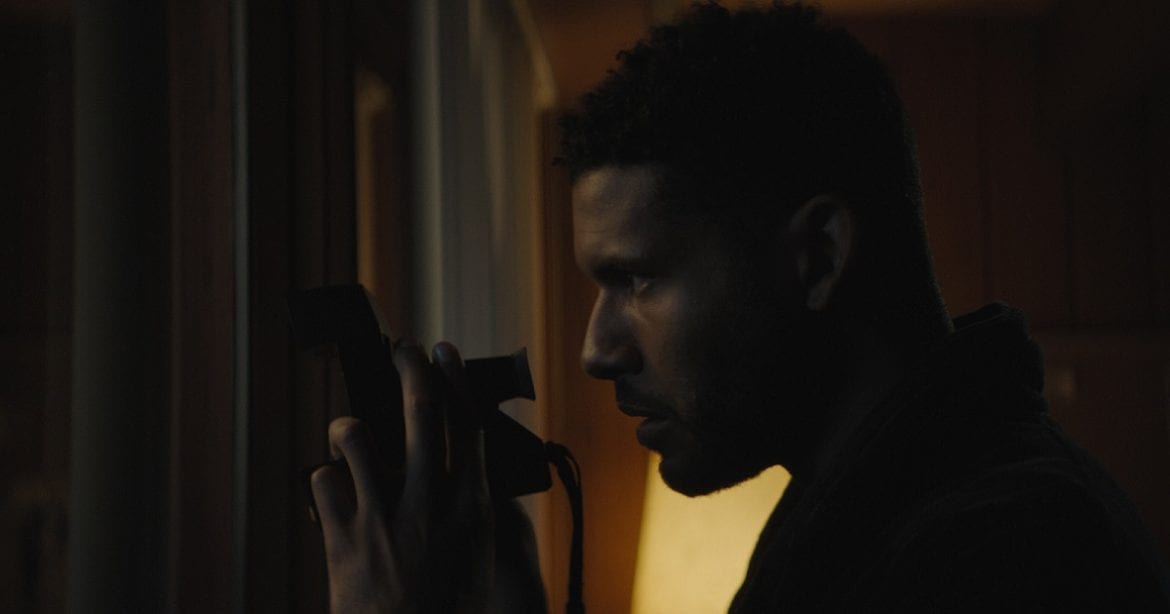 In Spiral, we follow Malik (Jeffrey Bowyer-Chapman) as he moves to a small town with his partner Aaron (Ari Cohen) and Aaron’s sixteen-year-old daughter Kayla (Jennifer Laporte). They instantly notice the town is not accustomed to interacting with same-sex couples, to put it lightly. Both ignorant and direct homophobia is a pretty clear red thread from the get-go. The way the plot is introduced reminded me a lot of Get Out, where our main character is made to feel like the odd one out due to the ignorance of the people they are surrounded with; as well as the underlying tones on how society has not become nearly as inclusive as we hope it to be.

That is of course where the similarities to Get Out end. Spiral immediately dives into Malik’s head and the mind games he thinks his neighbors (among them Lochlyn Munro and Chandra West) are playing with him; and whether the neighbors are perhaps even dangerous.

The Importance of Accurate Representations

Let’s make this review about me (a little bit). Growing up in a similar situation to Kayla, I was happily surprised by some of the so-not-true stereotypes this film breaks. It was so refreshing to have Malik and Kayla’s relationship framed as a positive one. Stepparents are usually presented as children-hating, evil people we know so well from Disney movies. Sure, some kids genuinely will have this experience; I don’t know if it’s a fair representation though. Only speaking from my experience, however, that some stepparents more than wanting to be in children’s lives, and I am happy that Spiral addressed this without it being at the center of dialogues between the co-parents and daughter.

Kayla’s behavior towards understanding her father’s sexuality felt like a well-represented and again, positive part. In many cases, including mine, children suffer much worse scars from the act of their parents divorcing itself than from their parents’ revelation of living their true selves.

I love a good story where Queer culture is at its center. I think they are important, especially when they provide thoughtful representations of what same-sex relationships are. Usually, I think it is important that cinema works towards normalizing same-sex couples without the film immediately only being about same-sex relationships. That being said, this being a Queer film had a purpose and served the plot well. A lot of its serving is to show the horrendous homophobia couples experience, especially in smaller, tight-knit communities. The ’90s setting in Spiral and all the baggage that comes with it made me desperately wish for progress. What I think Spiral was saying, however, is that unfortunately, same-sex couples have similar experiences today.

Bowyer-Chapman carries the film terrifically. His character seems to understand Malik’s struggles well. After all, Malik lives the sad reality of being out for a much longer time than his partner, who hasn’t faced the harsh reality of being openly gay as much as Malik has yet. Malik helps his partner to stay in this bubble for even longer, initially hiding any homophobic activity around the couple — with the best intentions.

Subtle and Not So Subtle Scares

As far as the horror and scares itself went, there were some small but powerful ones. At times, I did think for a film that drafts such an important message, there were some jump scares that made the audience (me) feel like an easy target. They were absolutely right, as I did jump off of my couch on several occasions. Most of the big jump scares served little purpose besides getting a big response out of the audience. The more intimate scares, like Malik spying on his weird neighbors at night and witnessing them do creepy stuff, stuck a lot more and sat with me much longer.

Spiral has a lot of twists and turns. Some were more surprising than others; some perhaps slightly predictable. Overall, this also ensured the way Spiral tied everything together was one that made sense. The social commentary in Spiral hits hard. It did leave me with some questions on the actual logistics of the plot; although some are clearly open to our own interpretation. The film did an incredible job making a social horror, one that should become an important piece of cinema for not only Queer culture but also inclusivity in our society in general.

Thank you for reading! What are your thoughts on Spiral? Comment below!

[…] I Jump is a very important step in the right direction, but a lot more work needs to be done. Understanding and accepting us are […]

[…] through creeping dread and reality distortion. Melissa’s sinister little girl laugh is VERY creepy, and it drowns out all the other onscreen sound. Shots of Melissa peering in through a window or […]

[…] original Tales from the Hood from 1995 was an enjoyable mixture of horror schlock and social commentary, emulating the spirit of the classic HBO TV series, Tales from the Crypt, with its whimsical […]

It was very “Get Out but gay”. No worse for that though, if you’re going to steal, steal from the best.