The Warrens Are Back in Action in ‘The Conjuring: The Devil Made Me Do It’ 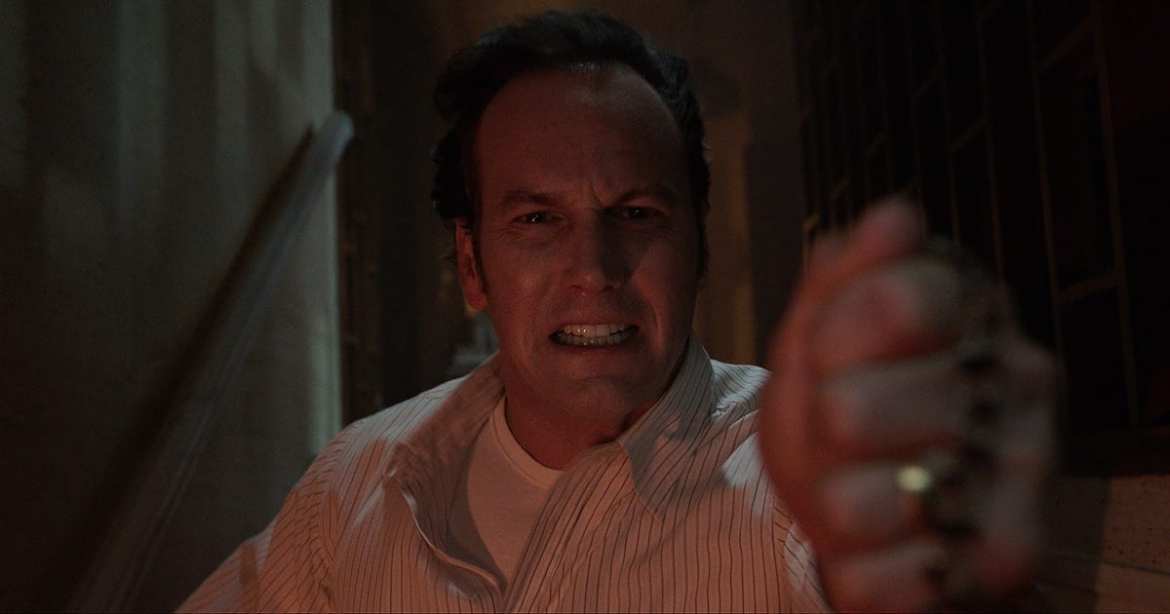 Ed and Lorraine Warren are back on our screens yet again, this time to tackle a supernatural court case based on the true story of the Trial of Arne Cheyenne Johnson. In The Conjuring: The Devil Made Me Do It, we witness Ed and Lorraine taking on one of the most astonishing paranormal cases in history. Although James Wan guided two extremely successful Conjuring films, he steps aside to let Michael Chaves take the wheel. Chaves is also director of The Curse of La Llorona, the previous installment to The Conjuring franchise in 2019.

As the eighth film in The Conjuring Universe, and the third direct film following the Warrens cases, we dive straight into the action following Arne Johnson’s court case from the late ’80s. This story strays somewhat from the other two Conjuring films as the events aren’t confined to one house. The film begins with an attempted exorcism of a young boy, David Glatzel, as the Warrens help cure him. Johnson (Ruairi O’Connor), however, begs the spirit to enter his body instead. In doing so, Johnson himself becomes possessed. This leads to the whirlwind of events that became known in real life as the “Devil Made Me Do It” case. The Warrens decide to help Johnson fight for his life in court. Simultaneously, they try to help the police solve another case that seems to have similarities to Johnson’s.

In a jump-scare-filled runtime, The Conjuring: The Devil Made Me Do It files in high above some of the other spinoffs in the franchise. As for the Conjuring trilogy, it doesn’t earn a place as the top spot. But seeing Ed and Lorraine Warren’s relationship blossom is still rewarding and one of the highlights of the film. With flashes back to the day they met in a movie theater, we see how they’ve progressed into one of the best horror couples in modern-day film. The phenomenal performances that Vera Farmiga and Patrick Wilson bring to the entire Conjuring Universe are what makes fans adore the franchise. It’s never a dull moment following either character.

Notably, the score in The Conjuring: The Devil Made Me Do It is alarmingly good. Alongside the horror unfolding onscreen, the loud cacophony of noises blends in together so well. Maybe this worked exceptionally well as this was the second cinema screening of the year in the UK with cinemas recently re-opened, but I found this to be notably better than any of the other films in The Conjuring franchise.

Sliding in and out of Lorraine’s head and reality, the story is quite captivating. It may not be the scariest of the pack, but it definitely does its job of being extremely tense at times. Especially following The Curse of La Llorona and The Nun, it wasn’t too hard to make a better Conjuring film (although The Nun is a guilty pleasure of mine).

The jump scares don’t stray away from Wan’s original two films, although it would have been nice to see his take on a third installment. Visually, it still feels like a Conjuring film, with Chaves taking many cues from Wan. With the opening scene having some direct influences from The Exorcist, it puts you straight in for a fun-filled ride. Any lover of The Conjuring Universe will undoubtedly like this one, or at least not completely hate it. The direction and narrative make for an interesting and somewhat unique perspective on the Warrens cases. From dark underground tunnels to breaking into a morgue, The Conjuring: The Devil Made Me Do It, is a great summer watch for horror fans.

The Conjuring: The Devil Made Me Do It is available in theaters and on HBO Max starting June 4th.

Thanks for reading! What are your thoughts on The Conjuring: The Devil Made Me Do It? Comment down below!

I’d pay a not insignificant amount of money to see an accurate filmed depiction of the Warrens. With the whole “exploitation of the bereaved and credulous” thing kept in.