Based On a True Story: Why We Love Those Words 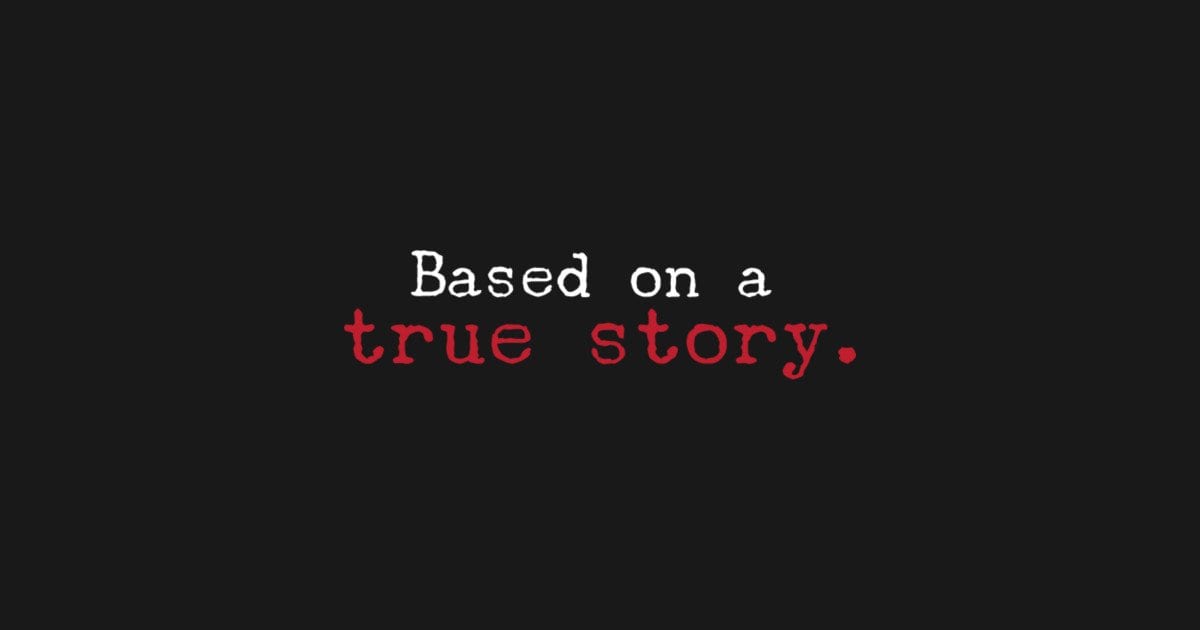 When we see those words, “based on a true story,” flash across the screen, our heart skips a beat. The story we are about to see is true. It’s real. It happened. But why this fascination with reality? After all, don’t we go to the movies as a form of escapism–to rid ourselves of the politics, corruption, and evil of the world? So, why do we love to view those same evils on the screen? 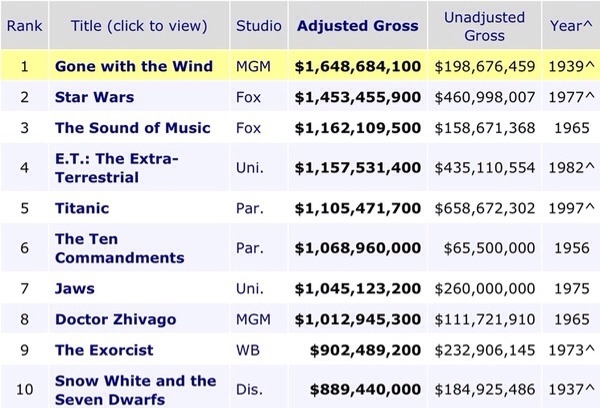 Out of the top ten highest grossing movies of all-time (adjusted for inflation), five of them are loosely or entirely based on a true story—The Sound of Music, Titanic, The Ten Commandments, Doctor Zhivago, and The Exorcist. It’s obvious that we love movies based on our own history, but why?

Humans are naturally morbidly curious. It’s a fact we like to repress, nevertheless it is an integral part of our humanity. According to Carl Jung, renowned Swiss psychologist, we have a need to stare, to rubberneck. We must acknowledge the demonic inclinations inside us before they overtake us in neuroses and psychoses.

Think back to the last accident you passed by on the interstate. Traffic wasn’t smoothly running by the incident–it was nearly at a standstill. Even if the accident was nearly cleared, everyone had to stop and stare, hoping to see a bit of blood or flesh.

That’s why we watch movies like Schindler’s List (1993), 127 Hours (2010), and Hotel Rwanda (2004). Famous horror movies like The Exorcist (1973), Texas Chainsaw Massacre (1974), and A Nightmare on Elm Street (1984) are all loosely based on true stories, increasing the absolute terror they provoke. Yet, do we shy away from these more gritty depictions of reality? Do we avoid the movie theater because things are getting just a little too real?

Quite the opposite, actually. All of these movies I’ve mentioned are either blockbusters, cult classics, or award-winning movies. Humans absolutely love morbidity.

Hope for the Average Joe

When we see Rudy finally getting his well-deserved playing time (Rudy, 1993) or Joe Braddock defeating Max Baer (Cinderella Man, 2005), we feel like we can do anything. After all, these were just average guys with a dream, just like us. Katherine Johnson, Dorothy Vaughan, and Mary Jackson were simply a group of African-American women doing what they were best at (Hidden Figures, 2016).  Bob Woodward and Carl Bernstein were merely reporters doing their job when they uncovered the devastating Watergate scandal (All the President’s Men, 1976), as were the reporters of The Washington Post in ignoring a government injunction (The Post, 2017).

We watch these seemingly average characters develop into extraordinary people and we begin to realize that we, too, can be like them. We may feel like we’re nothing, but we know we can be can become something because these people did it. These actual, real people–not characters–reached for the stars and achieved their goals. While we may not be Superman, we can still be heroes.

Window to the Past

With the Ancestry craze in full swing, it’s no wonder people are flocking to see movies based on true stories. This newfound fascination with knowing where we came from and seeing who we could possibly become has sparked a hunger for history.

When we look back at where we’ve come from, we get a sense of who we are. When we watch Remember the Titans (2000), we are reminded of the racism we overcame and still need to defeat. Watching Good Night and Good Luck (2005), we remember the dangers of nationwide paranoia. Lincoln (2012) reminds us of our country’s growth and how we must avoid becoming a house divided.

We go to movies based on true stories not to escape, but to learn. And maybe, just maybe make a difference in this crazy world.

Possibly the biggest reason we go to see movies based on true stories is to be inspired. Like aforementioned, these types of movies give us hope. They teach us that we have the potential to do anything if we simply try because these real people were able to do it.

Take 12 Years a Slave (2013), for example. Solomon Northup (Chiewetel Ejiofor) endured major hardships year after year, always retaining hope that he could one day be free. As we watch, we realize that if he can do it, then we can do it, too.

Wonder (2017)  taught us that we can overcome our personal challenges. When we watch Hacksaw Ridge (2016), we want to be as valiant as Pfc. Desmond Doss running back and back again to save his comrades. We have hope for a better day and hold back tears as we watch Michael Oher conquer his past to go to college and eventually become a professional football player (The Blind Side, 2009). We strive to be that hero that cinema tells us we can be. 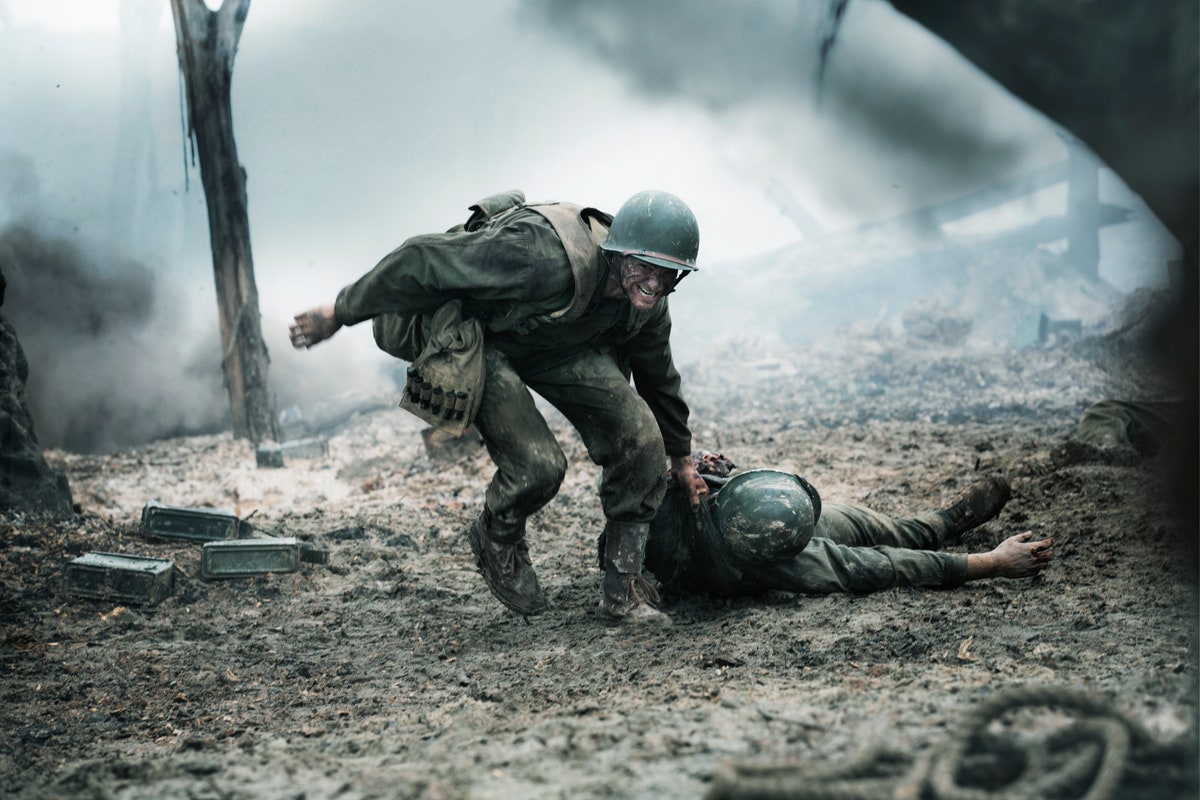 Movies aren’t always escapism. Sometimes, movies are our teachers. We learn who we are and what we can become. We learn where we’ve been and where we’re going. We recognize the problems our society has had and still has and strive to do better.

Movies teach us that we can become someone better. That, deep inside of us, we each have the potential to become heroes and role models.

Movies based on true stories are successful because we as a society want to learn how to be better, and what better way to learn than from reviewing the past?

Thanks for reading!  What are your thoughts on why we love the term “based on a true story/”  Comment down below!

Is the movie words based on a true story

Film tends to play so fast and loose with fact that it can be frustrating. So many think they know the facts about something because they saw a movie, when the reality is significantly different.

Sorry to be late to the comment party, here, but I just re-read this. I absolutely love this piece. Movies are definitely teachers. I was always a bad student in history and geography, but if I see a movie about an event, or a specific place, then I retain it. I can’t tell you what year some historic battle happened, unless I’ve watched a movie about it. ;)

Roger Ebert said, “…for me, the movies are like a machine that generates empathy.” And I feel like that is really the case, especially with films based on a true story. It makes you care about people and events you may have never thought about before.

Absolutely loved this article! I think that i love true story because they make me feel like i can do anything and they are favourite way of learning history… i also love that we learn about the character and who they were… while when you read a history book, even a biography, i feel like it’s a colder experience

You make a good point about movies being our teachers. I instictively want to reject this, for surely it is bad advice to take entertainment as guardian or instructor, but it is almost impossible not to absorb something from films we watch. I quote Braveheart to this day for life advice ;-)

When a horror movie has “based on a true story” it makes it that much more freakier to me and I can’t help but be even more sucked in!
These are all really good points!

OMG, I see that in a horror movie and I roll my eyes and laugh. And yes, I have to watch it all the more. And after, I Google it to find out the real story the movie is based on. Look up The Conjuring and Conjuring 2. Also, the BBC did a good 3 part miniseries on the story from Conjuring 2, which I saw before watching C2, I think it;s called The Enfield Haunting. You might like it. I saw it on Hulu a couple years ago.

I did see that and it was really good! My bf was disappointed that the Conjuring and the Conjuring 2 didn’t really follow what happened. Same with the Amityville Haunting.

Great coverage on this topic.

Thought-provoking piece! What are your thoughts on movies tagged as “based on a true story” that are actually based on rumors or legends?

Yeah, I think my main reason is that I LOVE historical films and learning about people via biopics.