The Best Scenes in Each Film in the Conjuring Universe 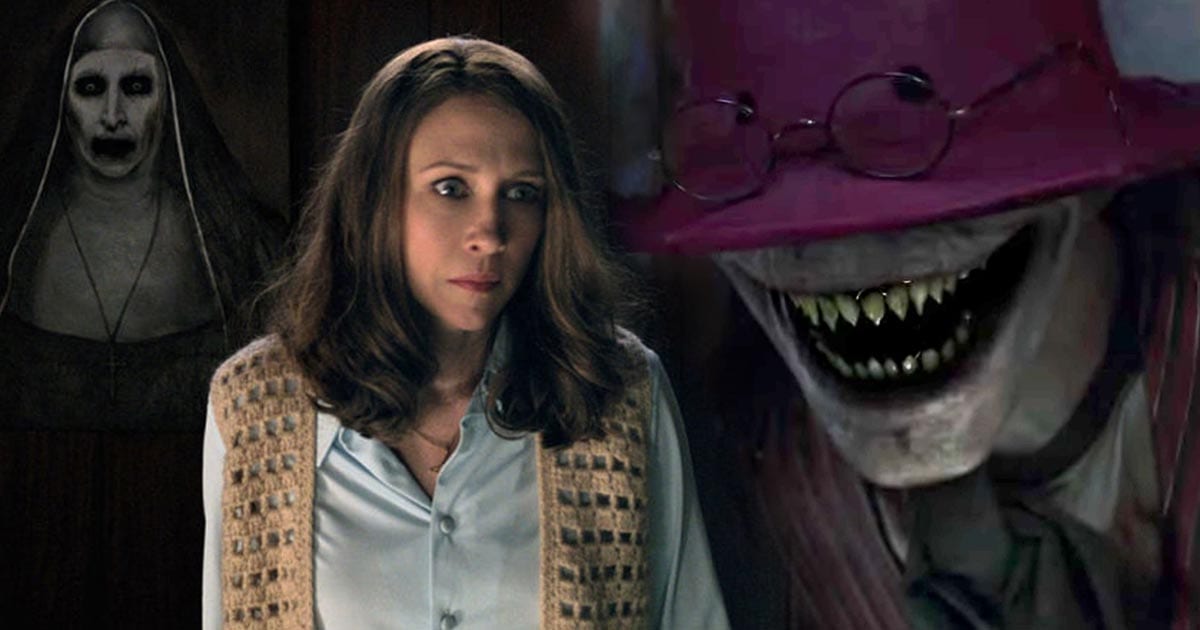 The Conjuring Universe is going to expand much wider this weekend as The Nun hits theaters. The film will explore the origin of the disturbing manifestation of a Nun, which first appeared in The Conjuring 2. Fans of horror flicks and The Conjuring films — myself included — are anticipating the outcome of this film and what it means for the growing Conjuring Universe as a whole.

Each of the Conjuring films has had that one scene that highlights the film, and it’s not always in the climax. These scenes are unique in their own way and stand out immensely.

Today, I’ll be picking out what I classify as the best scenes in each film in The Conjuring Universe. These scenes may include spoilers. Stop right here if you’ve never seen one of the films … or if you’re not up for the scares.

Here’s a scene that everyone is familiar with, as it was the highlight in the marketing back in 2013. The clip from the first Conjuring has the suspense that the film includes. The use of little sound, the camera movement, and amazing editing to build up for the good scare.

Out in the dark and alone, Linda tries to get rid of the possessed doll that’s hurting her friend. Her way of doing it is by throwing it down a well. This scene has a terrifying scenario and uses the best techniques a horror director would. David F. Sandberg builds tension and gives the viewer quite a spook. He uses the sound of the outdoors as an advantage for the said spook.

Annabelle wasn’t a good movie, to say the least — I have issues with the performances, pacing, and even the demon itself. How can they mess up the demon of the film? You had one job, movie!

That aside, one good thing did come from this prequel to The Conjuring and that’s the basement scene. Pitch black, a baby crying, a demonic presence — it all leads to trouble. Tension is used perfectly here and the scene is the saving grace of the film.

Annabelle (2014) only had that one good scene mentioned earlier. It’s the only scene to talk about in the film. So, Annabelle doesn’t get a scene in the honorable mentions. Sorry, not sorry.

If you haven’t clicked away and/or disagree with me on this or any of the other picks, let me explain why this is the best scene in The Conjuring 2. Everyone gathered around singing Elvis Presley hours before all the lights are off. This helps give The Conjuring 2 what the others lacked (and a lot with the Annabelle films), humanization to these characters.

Most horror films are just made to offer scares. This scene shows everyone is human and not just there for the film’s horror cliché traits. This is what separates The Conjuring from most horror films. The scene shows that they’re more than paranormal investigators and are actually down to earth people. Along with the great performances, this helps the viewer connect more with these characters, leading to scares later on becoming that much worse (or better, depending on your point of view).

Films in The Conjuring Universe have some great moments in them, not just the ones posted. Well, not so much with Annabelle, but I digress. Nevertheless, these scenes really capture what each film is all about. They’re terrifying and well-crafted. Let’s see what scene will stand out in The Nun this weekend. Could it be the scene that was removed from YouTube?

Thank you for reading! What are your thoughts on The Conjuring Universe? Comment down below!

'Host' Provides Good Scares as Both the Viewers and Characters Deal with the Pandemic | MovieBabble August 14, 2020 - 5:25 pm

[…] films can often be so scary that you don’t need two hours of it. I remember going to one of The Conjuring films in the cinema and being so tremendously terrified by it, that I just needed it to end. I […]

YES, Ed Warren singing Can’t Help Falling in Love is the best scene in that film and franchise! It’s probably the reason why I prefer The Conjuring 2 over the first!