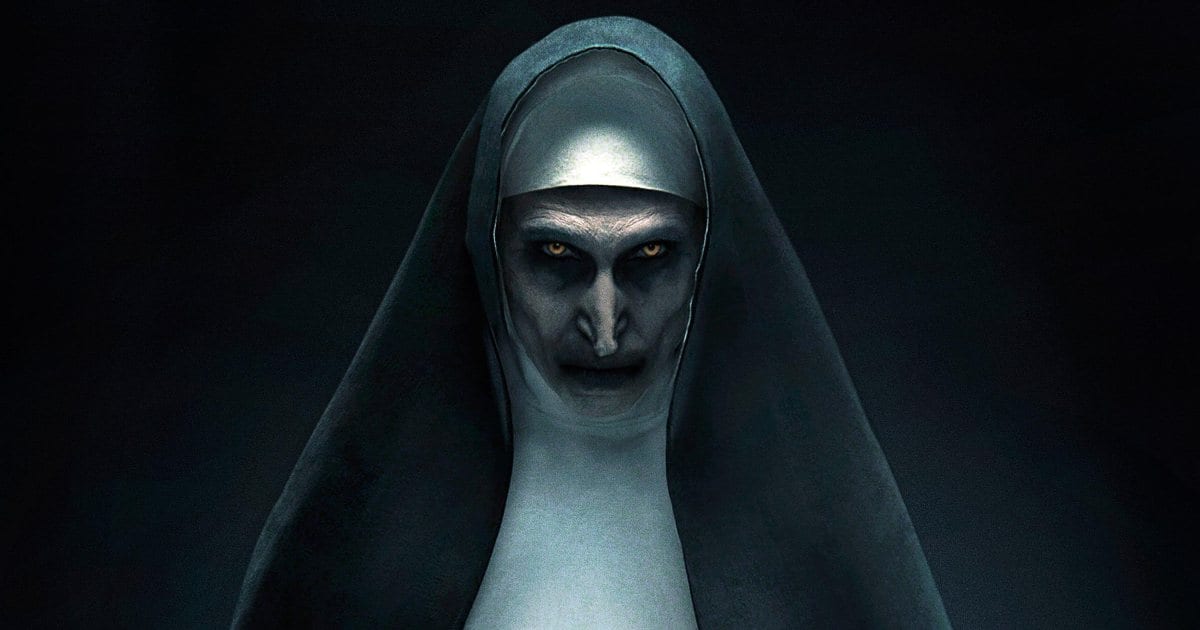 The following article was previously published on June 21st, 2018 following the release of the first trailer for The Nun. Now, with The Nun hitting theaters this weekend, let’s take another deep dive into the Conjuring Universe and explore its main ideas.

No one can touch the Marvel Cinematic Universe (MCU) at this point, though many have tried (RIP DCEU). But, there has been one universe quietly picking up some momentum: The Conjuring Universe. For those unfamiliar, The Conjuring was a horror movie that came out in 2013 from the writer/creator of many notable series including, Insidious and Saw, James Wan.

The Conjuring is based on the real-life Warren family whose investigations have inspired many films in the past including the numerous reiterations of the Amityville Horror. There has been a rich relationship between the Warren’s investigations and Hollywood, so going back to that well one more time is not surprising. Humans have always been fascinated with the spiritual world, and when a movie is based on “actual events” it seems to satisfy our craving.

The following will be in chronological order based on timeline within the universe and not movie release order.

The first trailer for The Nun released earlier this week and gave us a glimpse of what we can expect towards the end of the summer. If this trailer, as well as the cameo of the character in The Conjuring 2, is any indication of what’s to come, it looks like we have a worthy new entry in this expanding universe.

The Nun takes place in 1952 Romania and is centered around a mysterious suicidal death of a nun. This film stars Demian Bichir and Taissa Farmiga and is set to release later this week alongside Peppermint, the Taken-style action thriller from Pierre Morel, the actual director of Taken.

Annabelle: Creation was a prequel to Annabelle and was set in 1943 and took us all the way to 1955 which puts The Nun in between the events that book-end this film. That would explain the post-credit tease for The Nun.

Annabelle: Creation follows the Mullins family, a doll-maker and his wife, who,  you guessed it, is the creator of the doll that this particular demon loves to possess.  The Mullins open their home to several orphans which allows a demon to use the family’s tragic past and the innocence of these children as its opportunity to bring terror into our world.

Annabelle: Creation was a huge improvement over the first film (more on that in a minute). This film is one of the few times where ignoring the release order can actually be of a benefit to the viewer. A lot of times prequels tend to lean too heavily by what came before but with Annabelle: Creation you are brought into The Conjuring Universe at what appears to be the beginning of the story. This would have been a nice place to actually start the Annabelle story instead of what we got as our introduction in the first film.

Annabelle came quickly after the success of The Conjuring as the opening of that film quickly caused the Annabelle character to take off in popularity. So to the powers that be, it seemed like a no brainer to spin off this character and see where this doll of terror came from.

Annabelle takes place in 1967 and follows the Form family, picking up not too much longer after Annabelle: Creation. An attack in the community leads to our favorite doll becoming possessed once again. This newly possessed doll is now in the possession of the Form family as they are welcoming a newborn baby into their home. Some twists and turns follow as Mrs. Form is tortured by the demon that has come into her possession, and she must stop the force from taking the family’s soul. 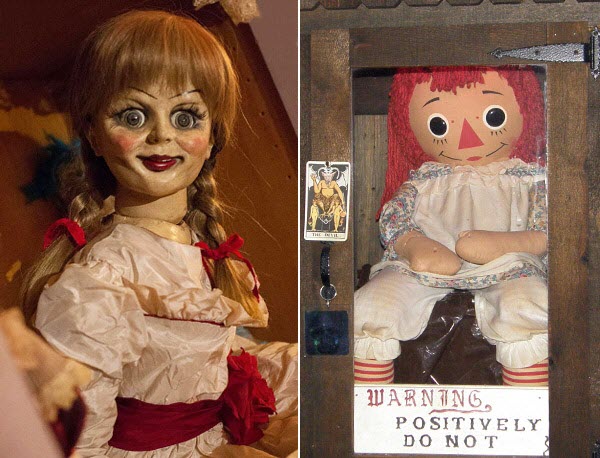 The movie prop compared to the real Annabelle doll. Image via historyvshollywood.com

Annabelle, the doll, is another actual case from the files of the real life Warrens, and it now had the Hollywood treatment. The film was met with mixed reviews by critics and audiences alike. I personally felt Annabelle became a much stronger movie after Annabelle: Creation came out, which gave this film a much stronger backbone to stand up on. Minus the deus ex machina ending this was a solid movie and showed promise that the universe they were trying to create might have some legs. I just felt that this film needed to take more risks to make us care about the characters and the story they were trying to tell. Annabelle was very cookie cutter, with some nice effects and jump scares, it just seemed to be missing a soul at its core (no pun intended).

Now we get to the movie that started The Conjuring Universe and actually stars the Warren family on one of their investigations, played to perfection by Patrick Wilson and Vera Farmiga.

We meet the Warrens finishing up a case featuring Annabelle, picking up where Annabelle left off. Technically at this point this ties up Annabelle’s timeline and we will have to see what happens and where Annabelle 3 takes place to know if this indeed is the end for this character going forward in the universe.

This movie was solid all around. In my opinion, James Wan is a master of his craft and can create a film that you can fully immerse yourself in. With The Conjuring he has once again stepped up another level after Insidious and created a horror film that stands with the best of them.

Like The Conjuring, we start with the Warrens finishing up a previous case. This time that case is the infamous Amityville House, which even introduces us to the Nun which we will learn a lot more about come this summer.

We are introduced to the Hodgson family in Enfield, London. When one of the Hodgson daughters start to experience a presence in the house that quickly becomes violent, the Warrens are summoned to attempt to thwart this demon and save the Hodgson family.

The Conjuring 2 built on the rich history we now have within The Conjuring Universe and showed us the next chapter of the Warren’s investigations. This film did something amazing as it actually created two spin-off characters. Both The Nun and The Crooked Man were featured in The Conjuring 2 and are set to have their own feature debuts in the coming years. That is unheard of as far as I can recall, you can get lucky with one character but multiple during the course of one movie is amazing. This shows the strength and popularity of these characters and this universe that they created.

What I feel they do so well with these movies is that in each Conjuring movie they can introduce new doors for the creators to open while still moving the logical story and history of the Warren’s forward. They also attempted new levels of terror by having the spirit haunting the Hodgson family not be afraid to show itself. In most horror movies things happen at night or when no one but the afflicted character is around. Not so in The Conjuring 2, this spirit shows up in front of anyone and everyone at anytime of day. I thought that was big showing of the talent involved behind this film and universe, that they could scare you with the lights on.

The Future of The Conjuring Universe

With a potential third Conjuring installment in the works and two prequels, The Nun and The Crooked Man, set to hit in the next couple years, it seems like this universe is destined to continue into the foreseeable future. Unlike the MCU, horror movies have been a dependable go-to since the beginning of film, and it would be hard to imagine viewer fatigue anytime soon.

Thanks for reading!  What are your thoughts on The Conjuring Universe?  Comment down below!

I strongly dislike Horror movies because they give me the creeps but reading this has really helped me understand the conjuring movies more so thank you!

I absolutely love this franchise as it gives me an R-rated horror franchise without being gory, sex-filled, or language-filled. It’s just good scariness all around! (Except for Annabelle, which was bloody boring!) I can’t wait for The Nun!

I can’t express my appreciation for this article than saying “thank you!!” The writer perfectly describes each movie and the exact viewer expecatations. Really looking forward to the newest movie and the review!

I am so glad that you enjoyed the article. Hopefully they are able to keep up the high quality that we expect from these films.