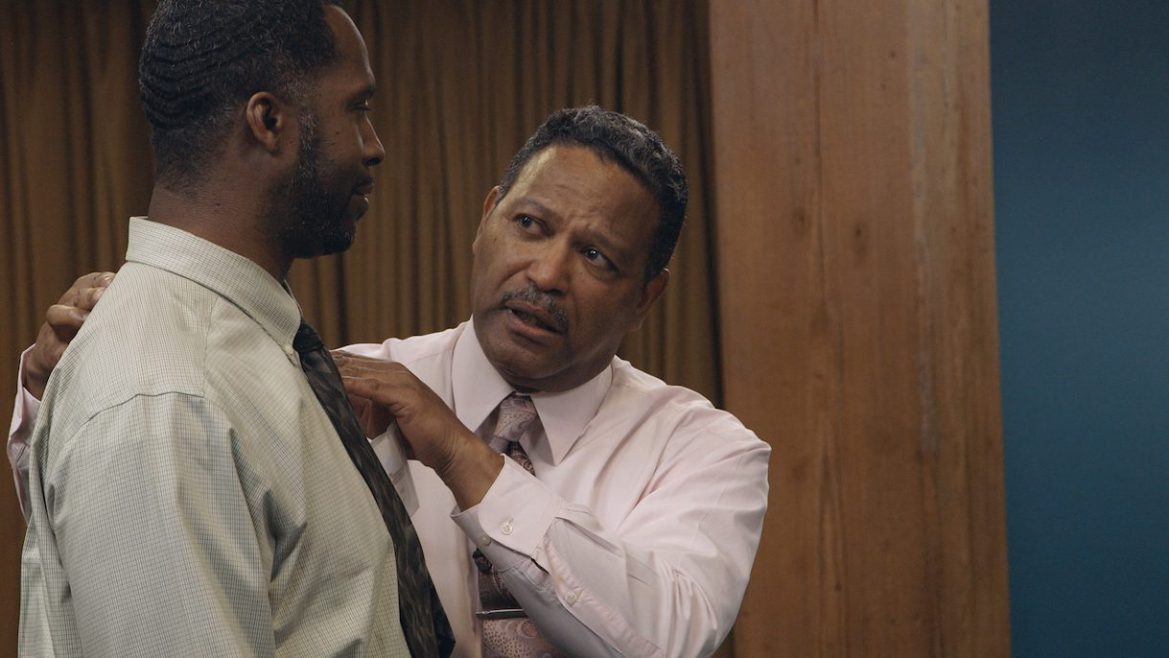 When life gets you down, sometimes it seems like there’s no road up. Co-directors Greg Jacobs and Jon Siskel take an in-depth look into The Cara Program, an employment support group that aids struggling Chicagoans looking for a chance to find steady work. Whether it’s addiction struggles or a lack of education opportunities, The Road Up is an uplifting journey of second opportunities and reaping the rewards of self-reflection and perseverance.

The Redemption Road Up

If there is anything The Cara Program seems to highlight, it’s the personalized journey towards redemption and rejoining the American workforce. The Road Up rightfully acknowledges the existence of systematic and ongoing problems such as racial profiling, incarceration, and drug addiction, but the film instead leans into beliefs of personal refinement rather than becoming overly didactic. I commend The Cara Program for tackling its issues using a very personal methodology. Basically, getting to the root of individual insecurities and acknowledging the issues one has to mend to become a person who can get and maintain a job.

Instead of crafting narratives by weaving together aspects of the program, The Road Up decides to make its subjects the key focus. Given the perspective of sitting in on various Cara meetings, the effectiveness of the documentary relies on the oration of these subjects’ mentor, Mr. Jesse.

Heading these meetings, Mr. Jesse often is expressing the tough love that his attendees need. Mr. Jesse is an emphatic speaker and carries a commanding energy that is sure to resonate. It’s motivating to listen in on his inspirational speeches and how he conducts his meetings to confront personal flaws and find a willingness to tackle them head-on. Later on, more is revealed about the background of Mr. Jesse. The segment really strengthens his beliefs, affirming that he comes from an impassioned and genuine place in his work with Cara.

The filmmakers involved definitely takes advantage of the Chicago skyline. Not only using the scenic skyscrapers but Stephan Mazurek does a great job of putting viewers into the middle of this story. The usage of tracking shots and other camera movements keeps the audience quite literally following along with these journeys. There’s a great grasp of cinematic language on display that’s able to take the audience from being a passive observer to placing them into intimate moments through the use of effective close-ups.

Documentaries should not only try to capture the core of their subject matter, but elevate it through visual components. The Road Up succeeds in doing so. The documentary is simple and uplifting. One that’s easy to recommend to someone who could be in the mood for a little pick-me-up.

For more information on The Road Up and other films playing at the Melbourne Documentary Film Festival, check out their website.

Thank you for reading! What are your thoughts on The Road Up? Comment down below!

K at the Movies

The mysterious single letter film critic is an interesting content creator to say the least. You never quite know what to expect next from K at the Movies.

‘Ode to Desolation’ by Lindsey Hagen