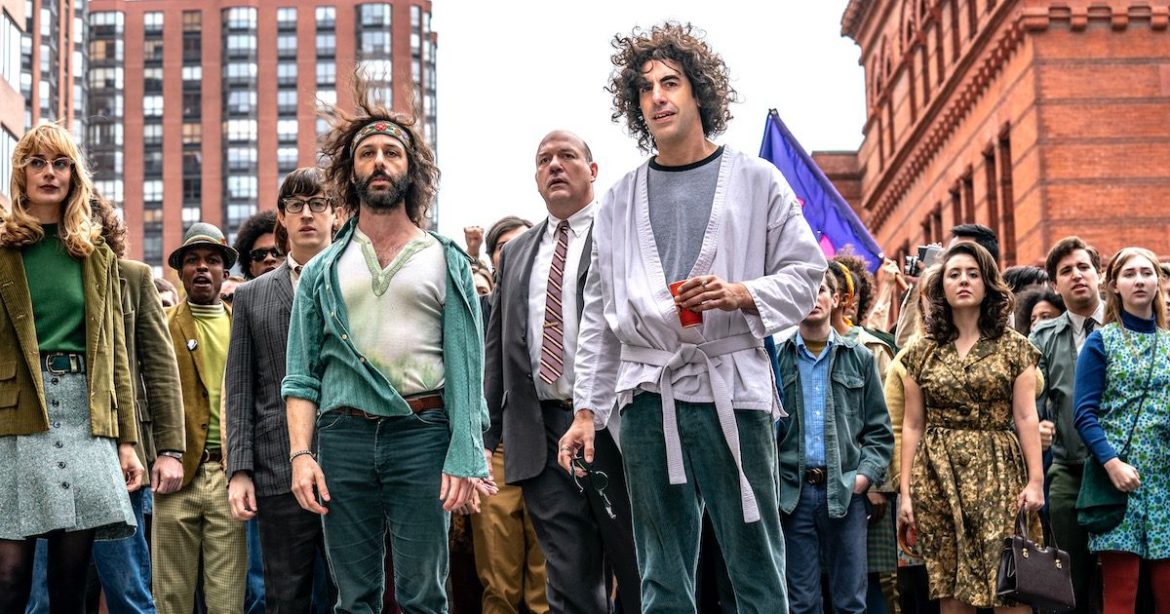 The Trial of the Chicago 7 was probably my most anticipated movie of the rest of the year now that Dune has unfortunately rescheduled to a later date. And for good reason, this is by far one of the best releases this year. The Trial of the Chicago 7 is exactly as advertised: it’s a giant, slightly giddy burst of earnest theatricality, that’s loaded with formidable cast members who chew on every bit of the scenery that also contains a storyline that’s both incredibly interesting and historically accurate (for the most part).

This isn’t the conventional film many thought it would be once it was first announced, it’s a lot deeper than that. The film doesn’t depict much of the riots in question, however, it does delve into the courtroom and the social and racial discrimination that occurred in the subsequent trial while also mixing it with the key moments that lead to the “7” being arrested. The film depicts the highs and lows the “7” faced once put on trial and the immoral activity that occurred during it. Having cursory knowledge of the event, it did still come as a shock to me watching how the trial was handled, and just how powerful many of the scenes there were to watch. 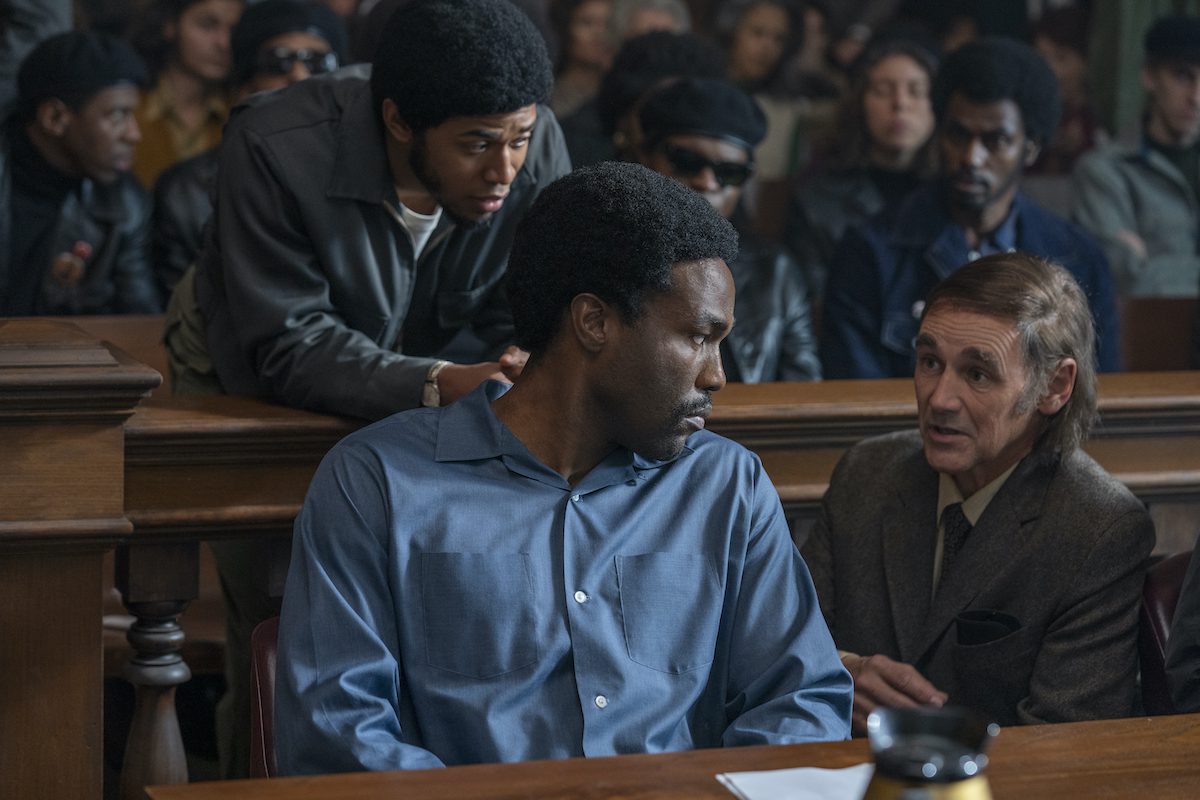 The opening 10 minutes make up what is possibly one of the best openings of any of the films I’ve watched thus far this year. You get all the information you need, who the characters are, and their motivations for wanting to protest the war in Vietnam — all proved to be incredibly fascinating to watch as the camera smoothly transitions from scene to scene so effortlessly throughout. Straight from the get-go, Aaron Sorkin (known for his incredible writing work on The Social Network and A Few Good Men, among many others) hits the dialogue perfectly. It’s filled with a powerful motivation that allows the audience to get behind the protest from the beginning.

Once the film transitioned into a courtroom drama, it really piqued my interest. While the opening scenes before the title card were great, the tension the audience experiences when watching the “7” on trial was miraculous and began to pull me further into the narrative. However, The Trial of the Chicago 7 isn’t exactly 100% historically accurate at portraying what happened. Aaron Sorkin is a director that is known to take a few liberties with his scripts and style them to fit a film structure, and this does include overemphasizing some scenes.

Take his work on The Social Network, Moneyball, and Steve Jobs, all of these were based on real events, but he did slightly change a few things during the runtime. The Trial of the Chicago 7 is no different, and does end on a note that could be considered purely for feel-good purposes and sadly this will dampen others’ viewings. Despite its somewhat cheesy feel, it worked incredibly well and didn’t hurt my experience with the film. 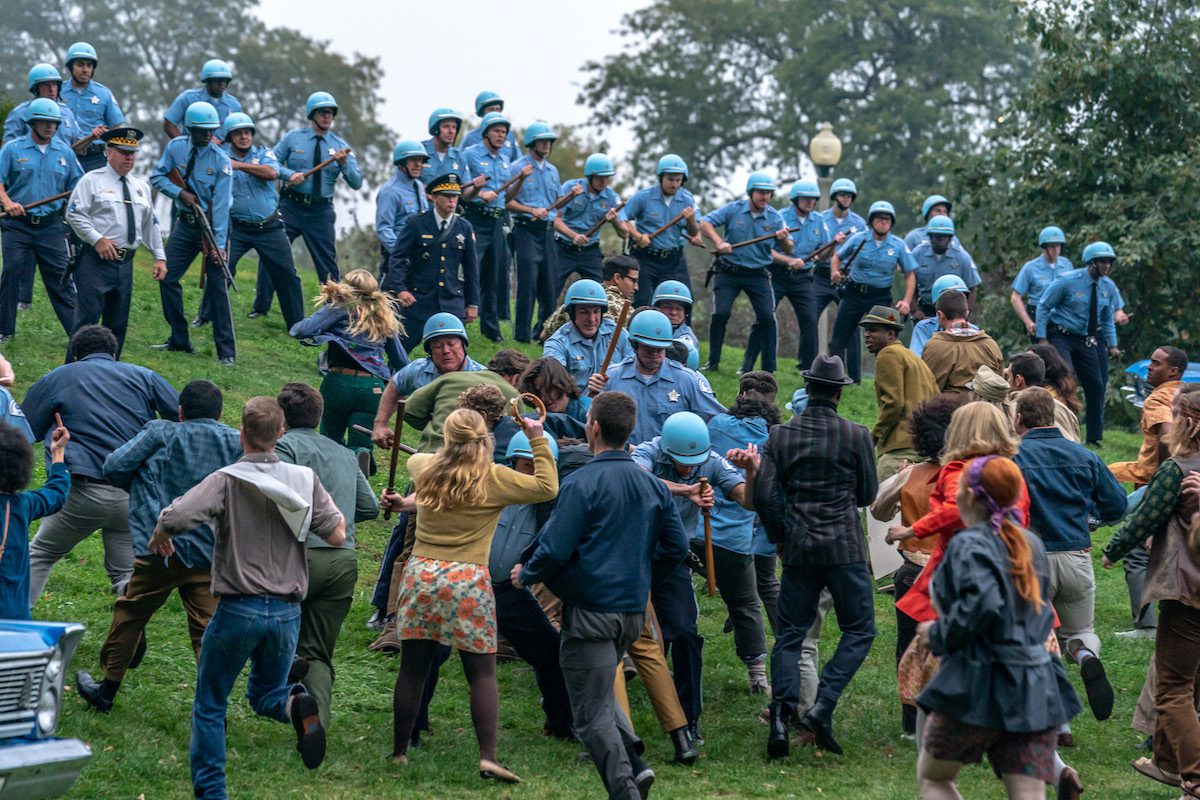 The Trial of the Chicago 7 couldn’t have come at a more integral time, the recent protests around the world have had a huge impact on the way we look at how protests are dealt with and how the public reacts, and that’s exactly what this film depicts. Performance-wise, every single member of the cast did an outstanding job. Sacha Baron Cohen as Abbie Hoffman offered the perfect amount of humor, Eddie Redmayne as Tom Hayden was utterly brilliant, Yahya Abdul-Mateen II as Bobby Seale was outstanding, and Mark Rylance as William Kunstler also gave a brilliant performance as the lawyer trying to protect the “7” — many of his scenes are completely stunning.

Alongside them, Alex Sharp, Jeremy Strong, John Carroll Lynch, Ben Shenkman, J.C. MacKenzie, and Frank Langella also gave brilliant performances and all added to the film perfectly, but for me, like in many other films, Joseph Gordon-Levitt really stood out. His screen presence was incredible in the sympathetic “bad guy that’s not actually bad” role, and caps off what is undoubtedly the best-acted film I’ve seen this year.

Once the film finally begins to conclude, you can genuinely feel the tension, your heart beats alongside the powerful score as the scene transitions to show how the riots started. Go into this film knowing nothing, go into it completely blind, and you’ll be amazed at how incredibly powerful this film is in its final act.

Earlier, I mentioned that the ending will put some people off but for me, it could never. The ending was powerful, it was meaningful, and, most importantly, it is filled with virtuosic filmmaking. Aaron Sorkin has always been known for his incredible scripts, but now, he will be known for writing and directing one of the best, most powerful films of the last decade. Very rarely do I call a film perfect but The Trial of the Chicago 7 comes so close to being just that. I loved it, and I can’t wait to rewatch this when it finally hits Netflix this Friday.

“THE WHOLE WORLD IS WATCHING!”

Thank you for reading! What are your thoughts on The Trial of the Chicago 7? Comment down below!

[…] time period of inequality. In the following weeks, you’ll see a lot of comparisons to The Trial of the Chicago 7, and that’s more than warranted. Both involve trials and both involve the disgusting, […]