How Hitler's architect almost made a movie. 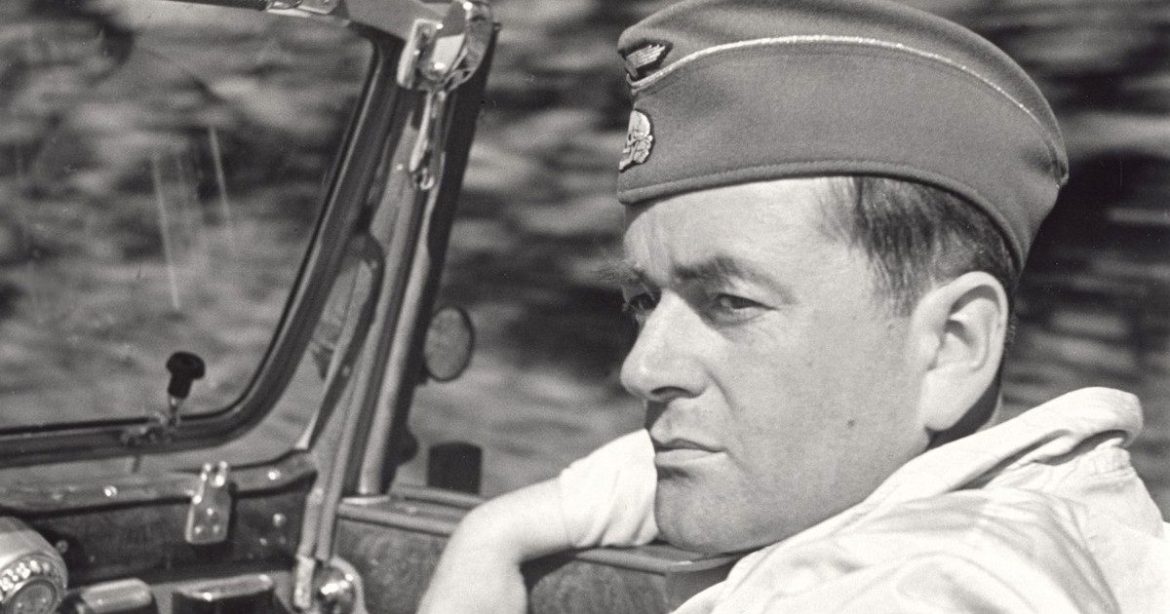 If you have never heard about Albert Speer, this documentary is a great introduction to his life. He grew up in a bourgeois family and studied architecture and eventually became a confidant of Hitler. He not only had a vision of how Berlin should look like as the capital of the Third Reich, but he designed the concentration camps as well. For his professional activities, he disposed of a labor force of twelve million people. At the end of the war, he was arrested and brought to the Nuremberg trial. There, Speer was very lucky. He was condemned to twenty years in prison, whereas many other big names among the Nazis were hanged. Speer spent the next twenty years in Spandau Prison, where he wrote two memoirs. Prisoners were actually not allowed to write memoirs, so Speer wrote his on napkins and toilet paper. One was called Inside the Third Reich. And once it was published, it became an instant bestseller. Little did people suspect that the book was part of the Speer Myth, a web of lies that made Speer look like the “good Nazi”. He didn’t deny that he had been so close to Hitler, but he claimed that he had not been aware of the terrible fate of the Jews.

Paramount quickly became interested in a movie adaptation of Inside the Third Reich and appointed writer Andrew Birkin to get a screenplay ready, with the help of Speer. Luckily for us, Birkin recorded more than forty hours of him working with Speer himself. It’s these recordings that form the base of director Vanessa Lapa’s documentary. Too bad that she didn’t use the original voices of Birkin and Speer, but rather used voice actors. She did the same in her documentary about Heinrich Himmler, The Decent One. The problem is that the voice actor impersonating Speer speaks English with a very heavy accent. Not only is it difficult to understand what he’s saying, but it also makes the documentary less authentic. We also never get to hear Birkin’s side of the story. Why did he accept this task? And why does he never confront Speer with the many contradictions he makes.

What you get to hear is not the truth but Speer’s version of reality; he keeps denying his responsibilities! It is clear that Speer’s movie plans were ambitious, to say the least. He didn’t want a documentary, he wanted a drama of high quality. For the role of Hitler, he had Donald Pleasance in mind. Given the fact that Speer was still working on his own myth, the idea of a documentary now sounds ludicrous. It is unclear whether Lapa had access to Birkin’s screenplay or not. It would have been interesting to confront some historians with it and ask for their honest opinion. That would have given this documentary a more than necessary counter-voice.

After Speer’s unexpected death in 1971, Paramount dropped the whole project. A TV movie was eventually made, but Birkin’s screenplay was not used for this. The most chilling part of the film is when you see Speer exchanging pleasantries with other top Nazis at the Nuremberg trial as if they were all at a cozy tea party, whereas in reality most were executed a short time later. Speer Goes to Hollywood is intriguing as a portrait of Speer by the man himself; however, in my view, Lapa could have been a lot more critical with the words of such a pathological liar.

Suppose, however, that Paramount hadn’t abandoned this project, what kind of a movie would have been the result? How would the public have reacted? What kind of a review would I have written?

Thank you for reading! What are your thoughts on Speer Goes to Hollywood? Comment down below!

Ingrid Dendievel’s review for “Speer Goes to Hollywood” contains a number of inaccuracies which I would politely ask her to consider. These were summarised by me in a post I made on the IMDb last year, which still stands and reads as follows:

Although I commend Vanessa Lapa’s reasons for making “Speer Goes to Hollywood”, her film contains a number of historical errors in its references to my 1972 attempt to dramatise Speer’s self-serving autobiography, “Inside the Third Reich”. It was never my intention (nor that of my two producers, David Puttnam and Sandy Lieberson) to trivialise let alone whitewash Speer’s crimes, as several reviewers have concluded. On the contrary, my screenplay contained several damning scenes not to be found in his book, including his visit to the infamous Mauthausen concentration camp, as well as his presence at Himmler’s terrifying speech to the Gauleiters on October 6, 1943, when Himmler spelled out the Final Solution to the “problem” of Europe’s Jewish population, in other words extermination.

Ms. Lapa’s film is a dramatization based on the 44 hours I recorded with Speer back in 1971/72 when I was 24/25 years old. She has used actors to voice both Speer and myself, but has necessarily paraphrased various topics into a few sentences that in fact lasted many minutes if not hours, with the consequence of over-simplifying complex topics. Additionally, she has imported quotes from Speer that he apparently said elsewhere, but not to me, and has therefore had to invent questions and responses from me that I naturally did not make. Many of these quotes do not matter to me, but when Speer is heard to spout anti-Semitic remarks, it reflects badly on me that I don’t take him to task. One reviewer writes: “Speer was an anti-Semite himself. He makes this absolutely clear in his response to one of Birkin’s questions: he did not like Jews. According to Speer, eastern Jews in particular were nouveau riche money-grubbers who wanted to take advantage of Germans – a standard argument of every anti-Semite.” Speer may well have said such things elsewhere, but never to me. He was far too clever, knowing as he did that virtually everyone involved with the project was Jewish. Had he made such offensive remarks to me, I would have undoubtedly challenged him – which, in Ms Lapa’s film, her cinematically constructed ‘I’ self-evidently does not.

Many who saw “Speer Goes to Hollywood” at the Berlinale did not understand that the “Andrew Birkin” they heard is not me, although – confusingly – contemporary photographs shown are in fact of me. It is a persona somewhat loosely constructed by Ms. Lapa to serve the film’s narrative structure and plot line. Thus, the film has given several reviewers the impression that “I” – i.e., the real Andrew Birkin – was Speer’s “overly impressed” dupe. Of course it’s true that Speer did his best to ingratiate himself to me, but that does not mean that I fell for his self-whitewashing. Indeed, my screenplay proves the contrary to be true.

At the end of the film, Speer is heard to say to the Birkin persona: “May I tell you that I consider this script strictly confidential. It would be disastrous if somebody would see the first draft of the script and then argue about the changes made.” Speer in fact never said any such thing to me, which gives the erroneous impression that he was trying to censor something in my first draft. The “script” to which Speer was referring (in an audio-letter to producer David Puttnam) was his draft ‘Response to Erich Goldhagen’ which he had sent David, and had absolutely nothing to do with my script. Besides, Speer had no script approval, which in any event would have made no sense as by then it had been read by many at Paramount and elsewhere for at least six months.

Ms. Lapa’s film implies that the reason our film was never made was because Paramount saw through Speer’s attempt to whitewash himself. In fact the then President of Paramount, Frank Yablans, was extremely eager to make the movie, and although some at the studio felt there should be more about the Final Solution, Paramount only began to cool when Costa Gavras dropped out as the director. Incidentally, Carol Reed was never considered as director. He was my much-loved cousin and mentor, and I gave him the script for his opinion and advice.

Ten years later, Speer did finally make it to Hollywood, although he himself had died some years earlier, in 1981. Starring Rutger Hauer as Speer, and with an all-star cast including Trevor Howard, Sir John Gielgud, and Sir Derek Jacobi as Hitler, ABC TV produced their two-part, five-hour dramatisation of “Inside the Third Reich” with barely a mention of the Holocaust. Compared to our effort, this indeed was a whitewash, of which Speer would have been unjustly proud. Vanessa Lapa’s film has much to commend it, and is driven by laudable motives; it’s just a pity that it unnecessarily distorts the historical facts with respect to our attempted movie in order to underpin her agenda.

I would add that there is nothing wrong with the original recordings. Ms Lapa chose not to use them as (a) they did not suit her agenda, and (b) she did not have my permission to use them. I gave her access to them when she was planning to make the film with Errol Morris, but she and Errol fell out over her agenda and I backed off for the same reasons.

‘Crawl’ Exit Survey: Let’s Talk About All Those...