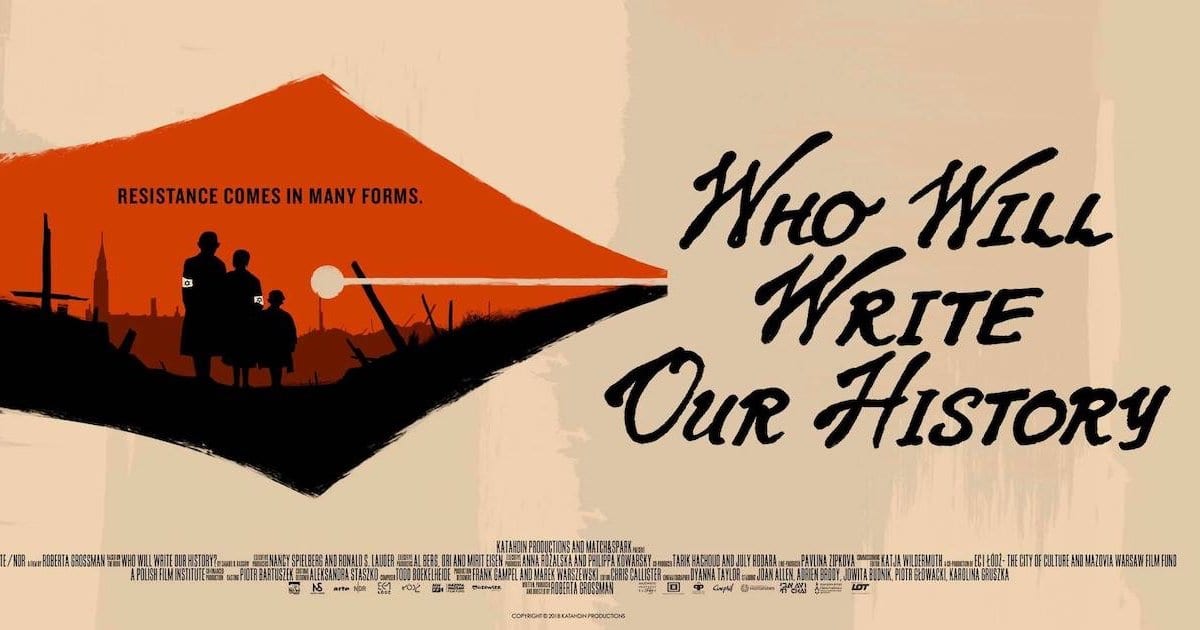 Legendary film critic Roger Ebert once said, “…movies are like a machine that generates empathy.” That movies make us care about people and situations we may never have known about otherwise. This quote often comes to mind, as I dry my eyes during closing credits.

Ebert’s words are especially true for films about the Holocaust. The vast majority of what I know about World War II in general, and especially the Holocaust, I learned watching movies. Films like Who Will Write Our History, stay in our memory in ways no textbook chapter ever could.

Written by: Roberta Grossman, based on the novel “Who Will Write Our History?” by Samuel Kassow

In November of 1940, roughly 450,000 Jewish citizens were forced inside the Warsaw Ghetto in Poland. Historian Emanuel Ringelblum (Glowacki) — fearing Nazi propaganda would become the official record — put together a clandestine group code-named The Oyneg Shabes (roughly translated: “the joys of the sabbath”). Their goal was to keep a first-person account of the events as they unfolded. The archive was then buried, in hopes it would survive the war. Who Will Write Our History combines writings from the archive, interviews, rare footage, and reenactments, to present this story in a new way.

Who Will Write Our History hasn’t had a traditional theatrical release as of yet, but special screenings have popped up all over the world. I had the opportunity to attend one such screening, at a synagogue in California. The experience was very moving, especially when a Holocaust survivor got up to speak after the film.

She was petite, with white hair, and a soft-spoken voice delivered in a Polish accent. She spoke of how people may say, “Another movie about the Holocaust?,” and perhaps wish to avoid it. Either because they’ve seen so many, or because it’s such a painful topic. Or perhaps both. She encouraged the audience to see and read as much as we can of these stories. That they are important to remember, and there are always perspectives we haven’t heard yet.

For instance, the contents of The Oyneg Shabes archive were written as the events took place. This provides a more detailed and accurate account than memoirs written years later. For that, and so much more, this documentary is well worth your time.

In Who Will Write Our History, many of the stories are shown via re-enactment. The actors speak Yiddish, Polish, and occasionally Hebrew (with English subtitles), depending on the nature of the scene. The performances, costumes, and set design are all so authentic, the viewer feels as though they are truly a witness to the events. Naturally, this adds to the emotional impact of the film, and holds the audience’s attention.

The dramatizations are of cinematic quality throughout, never straying into something you’d see on a television special. This is especially impressive for a documentary-drama hybrid, as one aspect or the other usually suffers. Not so here. 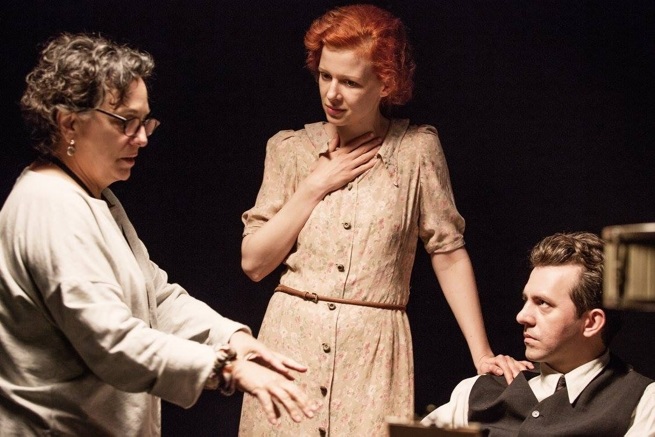 Director Grossman, with Gruszka, and Glowacki. Image via IMDb.

American audiences, in particular, may notice some familiar voices in this film. Joan Allen serves as the main storyteller, as she recites the writings of journalist Rachela Auerbach (Budnick on screen). Her delivery is very pleasant, and holds one’s attention throughout.

The words of Emanuel Ringelblum (Glowacki on screen) are voiced by Adrien Brody. Brody softens his distinctive baritone to near audiobook levels, and it is almost comforting, despite the upsetting content.

Both Allen and Brody do a good job of presenting the content in a compelling way, without “acting” too much. Neither draws attention to themselves, only the content. Director Roberta Grossman likely deserves some of the credit for this display of restraint, but Allen and Brody clearly know what they are here for. 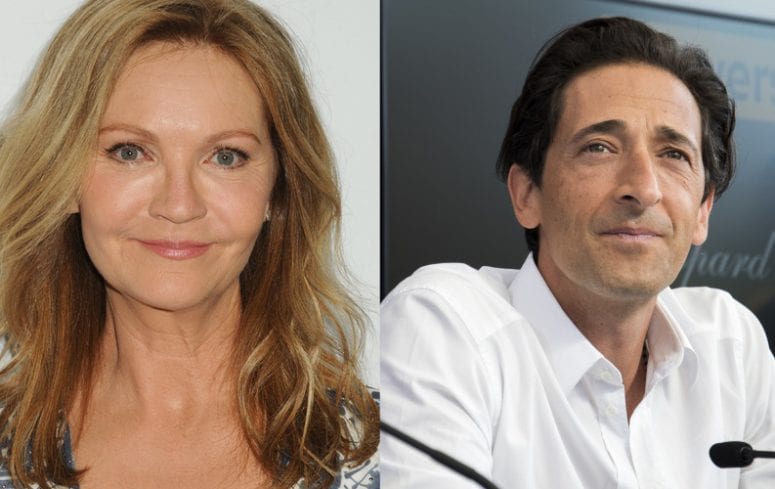 This film is beautifully shot, and represents each era well. In keeping with the HD era, present-day interview footage is very crisp. The historical dramatizations are presented in a slightly muted color palette. And thankfully, disturbing images, such as Nazi propaganda, are presented in the grainier black and white format in which they were created.

While the story is naturally the most important part of Who Will Write Our History, it comes with the added bonus of being well made. The main purpose of a movie like Who Will Write Our History is, of course, to teach. Movies are for storytelling, and this one does an excellent job of remembering that. It shares the tale of people who fought back as best they could, by putting pen to paper, and recording the truth. A different type of war hero — the kind who usually go unsung. This film will become part of the culture now. Part of the record.

Speaking for myself, I went into this film knowing nothing of Emanuel Ringelblum, and The Oyneg Shabas. It is an interesting, and ultimately uplifting story. There are more details I’d love to share here, but I don’t want to spoil it if you’re also new to the story. I want you to be as impressed as I was, hearing it all for the first time.

Write your own history. Image via Katahdin Productions.

This is a unique film, with a blend of documentary and drama, and a story not often talked about. It’s not “just another Holocaust movie,” as some assume. Even though it is a documentary, there are still twists along the way that are truly surprising. There are aspects of mystery, and believe it or not, humor, that keep things from becoming too heavy. Don’t get me wrong, there is plenty here to break your heart, but you will come out the other side feeling inspired. Especially if you are a writer.

Thank you for reading! What are your thoughts on Who Will Write Our History? Comment down below!

Hadn’t heard of this film before.

The trailer alone told a powerful story. I will be watching this as soon as it becomes available in my area.

Yes, it’s a very inviting trailer. And the movie is phenomenal. I’m actually considering driving to the Bay Area next month when it plays in Berkeley and San Francisco. :)