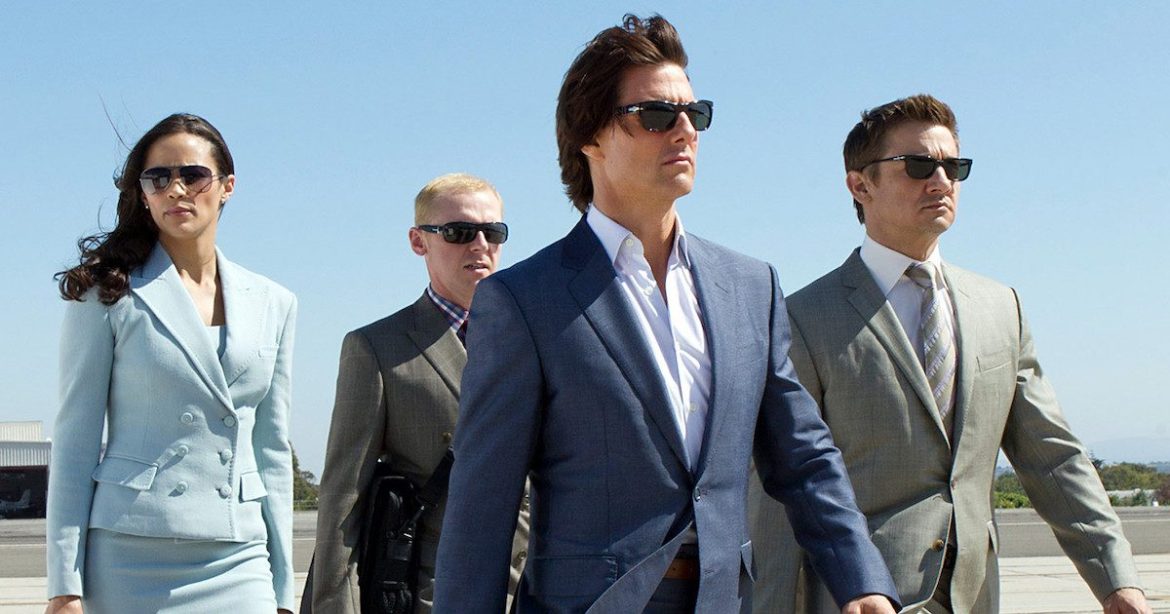 We’ve mentioned the Mission: Impossible franchise before in the context of anniversaries. Back in the days when the franchise was hopping from director to director with big stylistic changes from entry to entry. While they cracked making the films good with Mission: Impossible 3, (don’t give me that “The first one was good” nonsense, it’s a confusing mess and I will die on this hill), it was Ghost Protocol that set the franchise on its current solid footing as possibly the most reliable big-budget franchise in Hollywood. There must have been something in the air in 2011 causing this sort of thing. That was also the year the Fast and Furious films went from so-so car racing films to batshit insanity, high stakes, and Rock-starring action films in Fast 5.

The fourth entry in the Mission: Impossible franchise sets up several tropes that the movies would use going forward. The villains, “The Syndicate”, and their nebulous ‘burn the world down to start again’ plans are introduced here and they’re a tremendously useful foe for screenwriters. You don’t have to worry too much about making their motivation make sense once you’ve already established that they are zealous lunatics. Of course, they want to nuke San Fransisco/nerve gas parliament/flood Pakistan, they’re mental. As long as you can get actors as convincing as Michael Nyqvist or Sean Harris to sell that these characters really believe in their cause, then you have a less cartoony version of COBRA or HYDRA. They’ll always be baddies getting up to bad guy things.

Simon Pegg’s Benji gets to move from lab boffin to agent in the field and they do a nice job balancing act of having him provide some comic relief without being continuously hopeless in a way that would make you wonder how he got hired. (Fun fact: Benji was originally slated to be played by Ricky Gervais. So, the cinemagoing public dodged a bullet there.) This humanizing approach extends to the rest of the IMF team, and that is also a departure from the first three films in the series. Up until now, the field agents had always been the coolest guys in the room. Unflappable, calm under pressure, and with a no-nonsense approach to kicking ass. Ghost Protocol allows the agents to acknowledge the “this is nuts” factor. Compare the skyscraper set piece here with the ostensibly similar breaching of the high-rise tower in MI:2. Cruise here is incredulous and stressed, as you would be if you were climbing the Burj Khalifa with only a magic science glove or two to help you. In the MI:2 building breach, we don’t get Cruise’s reactions at all, he’s all stoic “Blue Steel”, even as he bungee jumps out of a helicopter towards a closed vent, with only Dougray Scott’s bland narration for accompaniment.

All members of the team get their moment to flap, whether it’s preparing to fall thirty feet with only a magic magnetic suit and a Roomba to save them or psyching themselves up to seduce overly smooth billionaires. (Renner and Patton, sadly in that order. Might have been fun to switch jobs there. Oh well, maybe in the next one.) And they all get their time to shine.

This democratizing of the ass-kicking is the most important improvement for the movies going forward. Tom Cruise is still the marquee name but making the other agents the bee’s knees leads to the great moments from the likes of Rebecca Ferguson and Henry “Load Up The Fists” Cavill.

I don’t know what’s lined up for Mission: Impossible – 7, but I’ll bet dollars to donuts it involves Hayley Atwell taking names and kicking ass. And if it doesn’t, I suggest we riot.

One of the best parts of Ghost Protocol is the main villain, Kurt Hendricks. Nyqvist plays him with a steely intensity and dignity. That dignity doesn’t prevent him from getting in a solid fight with Cruise either. Hendricks isn’t a shadowy, intellectual villain hiding behind a desk. He’s a true believer prepared to fight and die for the cause. He also delivers a performance with the pure focus that they kept for the villains going forward. Sean Harris never winks at the camera, like Nyqvist, he’s in no way tongue-in-cheek and the films are all the better for it.

It’s a real tragedy that Nyqvist was taken from us, after his breakthrough with the Millenium trilogy he gave some first-class performances as villains with a human side, both here and in the John Wick movies. 56 is no age at all and I’m sure we were denied some excellent roles from him.

The franchise’s mission from this installment on, (and there were 700 million reasons at the box office for them to choose to accept it) was to go with more of the skillful action and intricate plotting here, garnished with a touch of humor, and the acknowledgment of the inherent silliness of the Impossible Mission Force. Three 90%+ Rotten Tomatoes scores in a row suggest that mission is going swimmingly.

Thank you for reading! What are your thoughts on Mission: Impossible – Ghost Protocol? Comment down below!