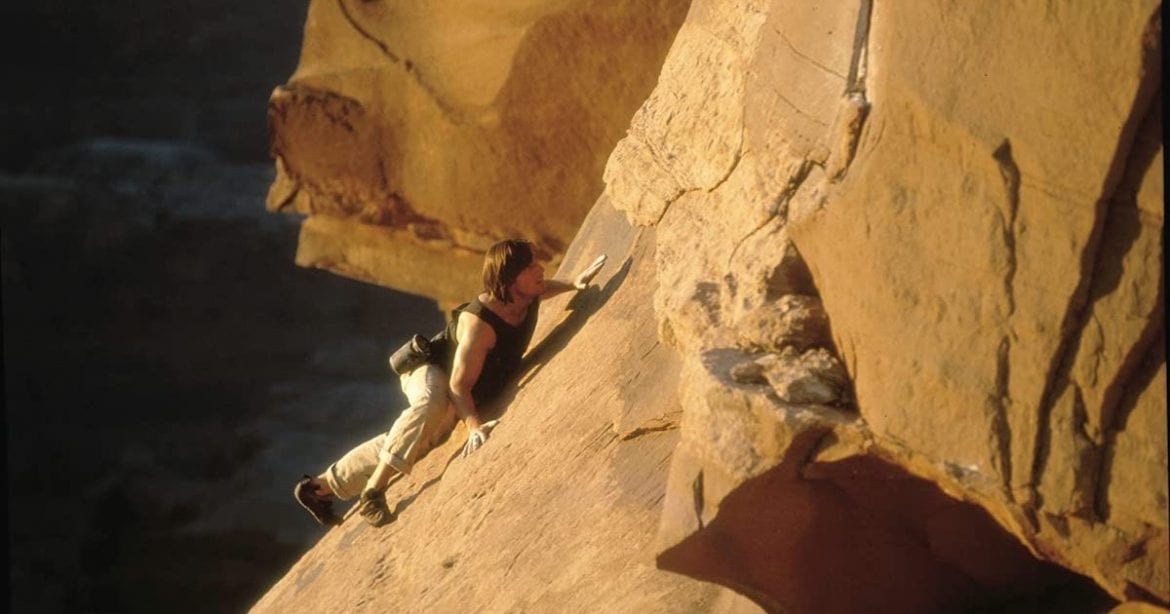 Two decades on, the after-effects of Mission: Impossible 2 are much stronger for other franchises than the Mission: Impossible franchise itself. M: I-2 villain Dougray Scott was famously lined up to take the role of Wolverine in X-Men, when the production of M: I-2 overran (or according to a recent Scott interview, he was blocked by Tom Cruise) the part was left open for Hugh Jackman. Given the subsequent number of films in the X-Men franchise, not to mention Jackman’s subsequent catapulting onto the A-list, it remains one of the biggest “what if?” questions in Hollywood.

Would X-Men have been as big a hit without Jackman? Hard to say, I doubt anyone would have owned the role quite the way Jackman has. Given its position as the first big Marvel family hit, would the MCU as we know it exist today? Personally, I would say yes. Marvel was too rich a source of stories not to get its time in the sun at some point. Between X-Men and Iron Man, there were a bunch of missteps that didn’t derail the final MCU we know (Elektra, anyone?).

Then there’s the question of how Jackman and Scott’s respective careers would have gone. I’m sure Jackman would have got there eventually.  His charisma managed to carry even Swordfish to a non-disastrous box office. Scott’s career, while solid, has never returned to the blockbuster heights of the Mission: Impossible franchise.

Watching Mission: Impossible 2 twenty years on, what really stands out is how completely unlike the rest of the franchise it is. John Woo was fresh off….*checks notes* …a made for TV movie starring Dolph Lundgren? Ahem, more notably, Face/Off, and Mission: Impossible 2 is by far the closest to an auteur piece the franchise has ever got. All Woo’s stylistic tics are in full play here. The two-handed gunplay, the doves, so much slo-mo. Dear god, the slo-mo. The movie runs to 123 minutes. I’m half-convinced it would be sub-one hundred minutes if the slow-motion bits were played at full speed and not replayed from six different angles each time. Immersion in the story is lost when anyone familiar with Woo’s work spends so much time in this position: 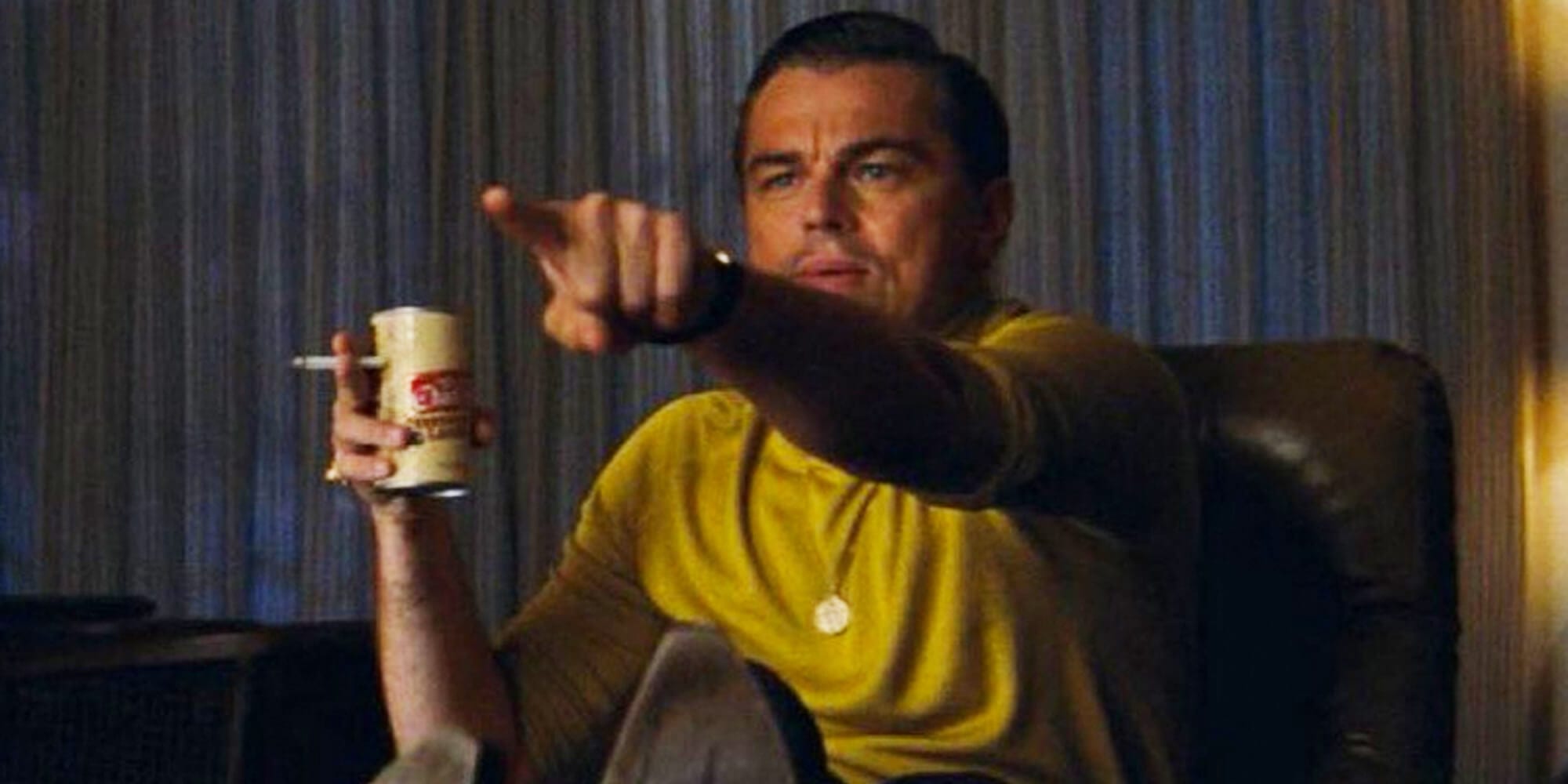 A Hero is Only as Good as His Villain

Unlike the other entries, Mission: Impossible 2 spends a large amount of time with the bad guys. Scott gets long monologues about Ethan Hunt, we see the interplay between Scott and his inexplicably South African-accented henchman, played by the Australian Richard Roxburgh (I would love to know exactly why that happened. His character is never referred to as South African, did Roxburgh do it for a bet?). Later entries focus on the IMF team’s reactions to the bad guys. The villains themselves are rarely on the screen except for when Cruise et al. are fighting with/shooting at them. In Rogue Nation and Fallout, Sean Harris‘ Solomon Lane remains terrifying even in a straitjacket precisely because he hardly speaks. You don’t know what he’s thinking and can probably assume he’s two steps ahead. Scott’s Sean Ambrose wants you to think he’s two steps ahead and barely shuts up.

When Hunt rappels into a skyscraper (in a direct copy of the iconic scene from the first movie…only with bad CGI) Ambrose prefaces it with a speech about how he expects the agent to take a ‘theatrical’ approach to getting in, as if he’s Sherlock Holmes and has deduced the plan. Then of course they don’t put, ooh…maybe one guard on the roof. There’s also the small matter of the IMF team hovering a helicopter just above the roof with no one noticing. But okay, movie helicopters have mute buttons. Fair enough.

Ambrose is also disturbingly adolescent about Thandie Newton‘s Nyah Hall. The main thrust of the film is that a secret agent plotting to unleash mass death for millions of dollars will go completely off the rails for his ex-girlfriend. Which is only the beginning of the problems with the Nyah Hall character.

When Hunt warns that Nyah doesn’t have enough training to work with IMF, Anthony Hopkins’ character replies “To go to bed with a man and lie to him? She’s a woman, she’s got all the training she needs”, and he’s one of the good guys. This is from a 21st-century movie, not a Connery-era Bond film. This casual dismissal of the character is extended to the rest of the movie. She has almost no agency and exists mainly to fawn at Cruise and be a damsel in distress. It’s another example of how the following movies in the series seem to have been written with “just don’t do it like the second one” as a guiding principle. Going from the hopelessness of Newton’s character to the kickass agents of Keri Russell, Paula Patton, Rebecca Ferguson, Lea Seydoux, etc. was a big step up. Even Michelle Monaghan gets to take out bad guys, and she’s a doctor.  Newton is a thief that can’t successfully steal and immediately falls for the guy who stopped her. Well, after he runs her car off a cliff (in slow motion, obviously).

Mission: Impossible 3 completely ignores that their relationship happened, and it’s all the better for it.

I know that verisimilitude isn’t the most important factor in popcorn friendly action and this is the franchise known for the rubber mask thing, but the intelligence level in the script is extremely low. It being about a killer virus doesn’t do it any favors in the age of COVID-19, either. It’s out of the question to watch them describe a killer flu virus that takes exactly 20 hours to activate without rolling your eyes. (They synchronize watches with the injection for Pete’s sake.)

I’m also not sure how well thought out a plan to engineer a pandemic for financial reward is. I don’t know who’d prefer “rich in a world I can’t go anywhere in and have to live in fear for my friends and relatives” over “fairly well off with a normal life”. At least the lunatics plotting mass destruction in subsequent entries are, well, lunatics. Adam West Batman villains had better plans than this.

In conclusion, Mission: Impossible 2 is the Tokyo Drift of the M: I franchise, and if you’re planning to run the series you should probably skip it. I can admire the intention to take the franchise in a left-field direction, maybe a different feel to each one with different signature directors might have been fun. I think I still prefer a franchise to hone it’s identity though. I’m hugely looking forward to the follow up to Fallout. Would I be if it might have a completely different feel? I’m not so sure. In a different universe, possible Lars von Trier or Gaspar Noé entries might have been quite a sight, though.

Thank you for reading! What are your thoughts on Mission: Impossible 2? Comment down below!

[…] where we came from and think about how far we have and can go. Remember the Titans came out 20 years ago, but its message is still prevalent today: respect one another and create empathy, regardless of […]

‘Avengers: Endgame’ Breaks the Internet and Every Major...