A quick interview with the Hellbender star, director, producer, and Jill of all trades. 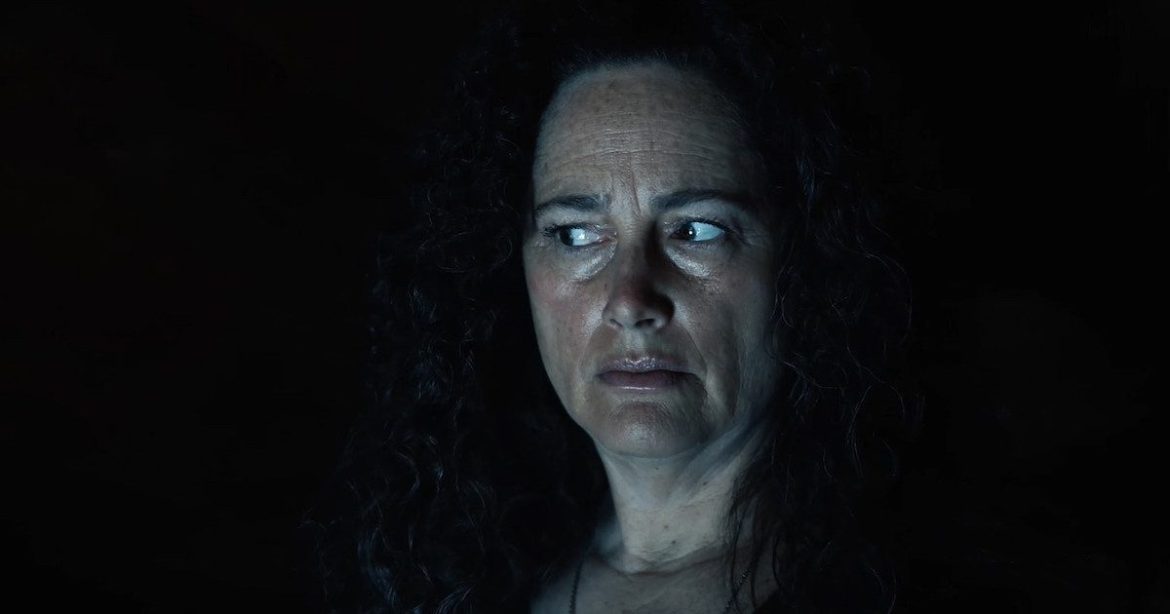 Toby Poser has acted on screen and stage since her teens. She formed Wonder Wheel Productions a decade ago with her partner John Adams and their sixth film Hellbender arrives on Shudder this week. She took time out of her busy schedule to answer a few questions for MovieBabble.

Brian Connor: Was the movie always planned with the Hellbender mythos or did that evolve from witches?

Toby Poser: We set out to devise our own mythology from the get-go. We had a great time finding inspiration from ancient lore but they eventually served mostly as inspiration, helping set the mood for this matrilineal line of powerful beings — female in form but above humans on the food chain. Very early on we toyed with the idea of hellbenders springing from the ancient Libyan serpent goddess Lamia. They were going to be baby-eaters and have jaws that unhinged so wide humans could walk right into them! I still love that idea… maybe another time and another film.

BC: The folklore in the film has a wonderfully authentic feel to it. How many of the poems, potions, and totems were adapted from history, and how many were new creations?

TP: Thank you. The poems and spells were all creations of our own, predicated upon the simplest logic. We figured spells should be elementary and elemental. One should be able to jump rope to the poems and cast spells with found items — or items at one’s fingertips — that just made simple sense. If you want to climb trees like a squirrel then get yourself some spiderwebs and ivy. Webs are sticky and ivy clings to trees. The sigil that each hellbender makes to spy from the sky is made from collected twigs in the shape of an eye and is painted in blood with a feather… so there’s a lot of bird reference there… an eagle’s eye POV. Fungi and ferns release spores, so if a similarly self-reproducing hellbender crushes them together and takes a whiff she can smell blood on the wind. We really had fun coming up with our own magic logic.

BC: With the small crew you have, it must make it easier to change set-ups. How rigidly scheduled are your shoots?

TP: Our shoots are only as rigid as our free hours and days. When we work outside our family we stick to a plan, but when it’s just us, it’s as fluid as, “How much school does Zelda have today? Are the clouds just right? Let’s bring our costumes and go for a hike…” Some days we know we must get certain scenes done so we set out with a solid intention to nail them, but there is always room for spontaneity.

BC- How much did COVID impact the film? The condition that Izzy believes she has, where she can’t go near people, was that written with COVID’s six-feet separation in mind, or was it a convenient coincidence?

TP: A coincidence! We shot the prologue with fifteen women right before the lockdown. We had a different story and production planned with lots of characters and school settings, and that disappeared. Probably for the better. So we got a trailer and traveled around the country shooting here and there, and we got to shoot with Lulu, our older girl, in the northwest. We did social distance with her since this was pre-vax and she worked at a preschool. So COVID found its way into the technicalities, but it wasn’t a direct metaphor.

BC: Is there a plan to release the H6llB6ND6R songs featured in the movie?

TP: YES! We are really excited about this. Ship to Shore is releasing the soundtrack on vinyl — it looks so good! There is a slew of songs not in the movie and they are some of my faves.

BC: In both this and The Deeper You Dig, the story is driven by the increasing supernatural powers of Zelda. Is there something we need to be worried about?

TP: Ha! We’ve always called Zelda our “dark horse.” There’s definitely something to be worried about with that girl!

Hellbender is available on Shudder from the 24th of February.

Thank you for reading! What are your thoughts on Hellbender? Comment down below!