Grief-Stricken Grandparents Venture into Satanism in ‘Anything for Jackson’ 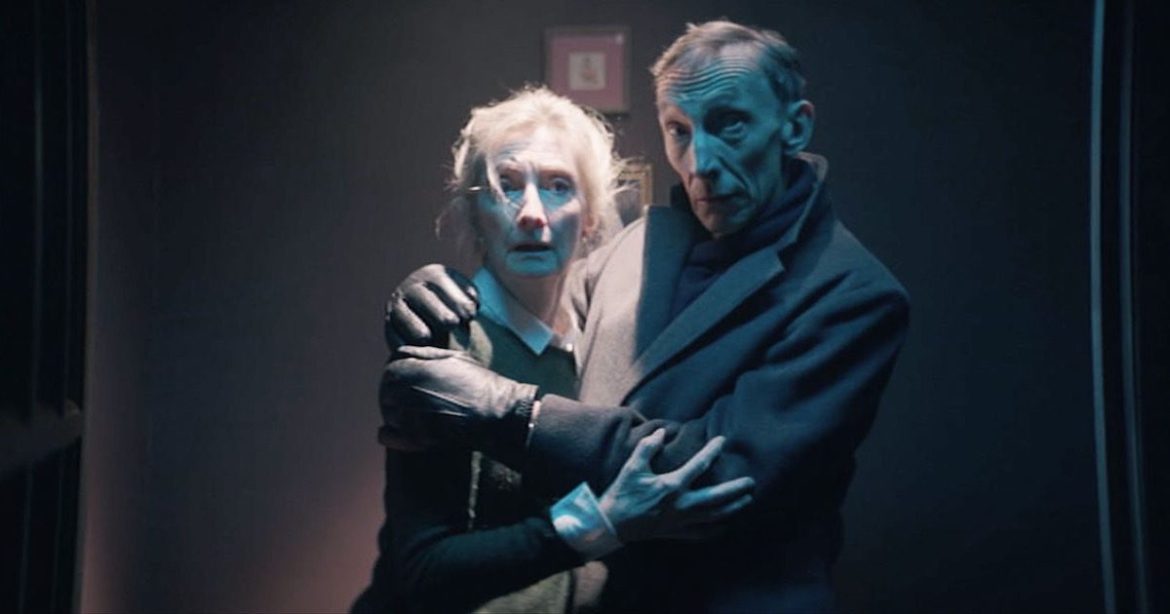 The horror genre is a good starting point for an aspiring filmmaker. From a financial standpoint, you will likely attract more investors if your low-budget film happens to be a horror film. Most of them aren’t that expensive to make, and there’s a wealth of people who are aching to see something spooky, disturbing, or downright gruesome.

But setting aside the market value of a horror feature, the genre is also a perfect playground for arthouse aspirations. A horror film doesn’t just have to be about a maniac hunting down busty coeds — not that there’s anything with that — it can be about so much more. Several exemplary horror films have explored important themes in powerful ways. Genre filmmakers like George A. Romero and Wes Craven have explored many facets of social injustice. One of the most interesting films about race relations was actually a horror film, Jordan Peele’s Get Out. Recently, Netflix released a fantastic horror film, His House, a haunted house story where the tenants are Sudanese refugees.

But even when we are talking about films that delve into the universal condition of grief or aging, there’s been films like The Babadook, Hereditary, or 2020’s Relic. Three films that are just as powerful for their emotional content as they are for their use of genre conventions.

Streaming services like Shudder exposes a lot of people to small independent horror films that would otherwise not get the attention they deserve. Such is the case with Anything for Jackson, which premiered on the Shudder earlier this month.

Anything for Jackson is another stellar horror film exploring grief, and just like the aforementioned films, the emotional journey of its characters is just as effective as its use of scares.

Anything for Their Grandson…

In the opening, we are introduced to an elderly couple, Audrey (Sheila McCarthy) and Henry Walsh (Julian Richings), who after congenial breakfast conversation regarding the shortness of Henry’s trousers, kidnap a pregnant woman named Shannon (Konstantina Mantelos) — this scene is presented in a glorious two-minute, one-shot take.

Their motives are soon revealed: they yearn to revive their deceased grandson, Jackson (Daxton William Lund) by performing a satanic ritual that would transport his spirit in the unborn child of Shannon.

In the beginning, they are hopeful as the spirit of Jackson appears excitedly before Shannon — a promising sign of things to come. Using texts from an ancient book, they perform the ritual.

But soon after, the three main characters are visited by terrifying spirits, all of them desperate to inhabit the body of Shannon’s yet unborn child. As the old couple is trying to solve the problem, the many obstacles that follow lead to much unfortunate bloodshed.

But the couple will do whatever it takes, just to give their grandson a chance for living again…

No One Has More Time Than a Grieving Family…

What makes Anything for Jackson so interesting as a horror film are its morally dubious protagonists’. The Walshes are committed to doing a terrible thing: kidnapping a pregnant woman and, depending on circumstances, murdering her if it means resurrecting their grandson.

But it’s impossible not to sympathize with their plight. Their motives aren’t all selfish. The result of their monstrous act can lead to resurrecting a child’s life. They aren’t wicked, they are grieving. These people are in pain, and as the film progresses and we understand more of their backstory, we only begin to feel more sympathy for them.

They are in turn the film’s antagonists too. Shannon is the victim here. They choose her because of her lowly position in society. She doesn’t deserve anything that’s happening to her but unfortunately, if she disappears, not that many people will miss her.

But that makes Anything for Jackson great. We know it’s impossible, but we want all three people to find some peace and happiness in the end. The Walshes are made desperate by grief. It’s the most painful of human experiences. The couple understands the suffering they’ve inflicted on Shannon, but they’ve come to accept it. “Believe me when I say that we thought of everything,” says Sheila to the captured and gagged Shannon, “no one has more time than a grieving family. No one…”

The performances are great all around, though it’s undoubtedly Sheila McCarthy and Julian Richings’ show. The whole film hinges on their chemistry and the believability of their relationship. Even with their interest in dark magic, the sweet nature of their relationship remains. In their behavior, you can feel the time they’ve spent together. Both of them are utterly believable as a couple who spent decades sleeping next to each other.

Their scenes together also give us a lot of dark humor throughout the film. Their warm banter, their nonchalant subjects for conversation — typical conversations of a decades-old couple — are a welcome distraction from the inevitable terror that ensues.

At the same time, the characters are not played for laughs. Considering the age of their characters, there was ample room for cheap gags, but the script is far above this. Their age, their alienation from the modern world is apparent, but not spoofed. The occasional humor comes naturally, without ever straining the believability of the characters.

As a drama, Anything for Jackson works as a study of how far people are willing to go to mend their grief. As a horror film, the film works for its genuine share of creepy moments. Even though there’s the occasional familiar music beat of “horror strings”, as well as a few jump scares, it’s the extensive use of inspired visuals that have the biggest impact. One of the best sequences involves a spirit with a penchant for obsessively flossing her teeth. Another effective sequence features a spirit in a homemade ghost outfit, running around the house, begging for a soul.

These scares are presented with interesting camera angles — one noteworthy one involves a brief POV of the spirit itself as it ascends in an elevator. Besides the paranormal apparitions, the film also features some gore, even a surprising instance of dismemberment.

It’s also interesting looking at the filmography of its director Justin G. Dyck, as his resume is stacked with Hallmark-styled holiday movies. Not really the first choice for a project like this. It almost feels like he’s ‘exorcising’ the years of hallmark cheese with this brooding piece of cinema.

One of the Better Horror Films of 2020

The film is certainly not perfect. The ending doesn’t quite hit the mark. Without spoiling too much, let’s just say that there’s a twist involving a supporting character that feels unnecessary.

As it stands, however, Anything for Jackson is still one of the better horror films to come out this year. A great example that the genre has an endless lifespan, so long as filmmakers are willing to take chances.

Thanks for reading, and listening! What are your thoughts on Anything for Jackson? Comment down below!

I probably won’t watch this one, although I like some horror films very much. The topic is a little close. That being said, I do regret that a bit because the two leads are very much favourite actors.