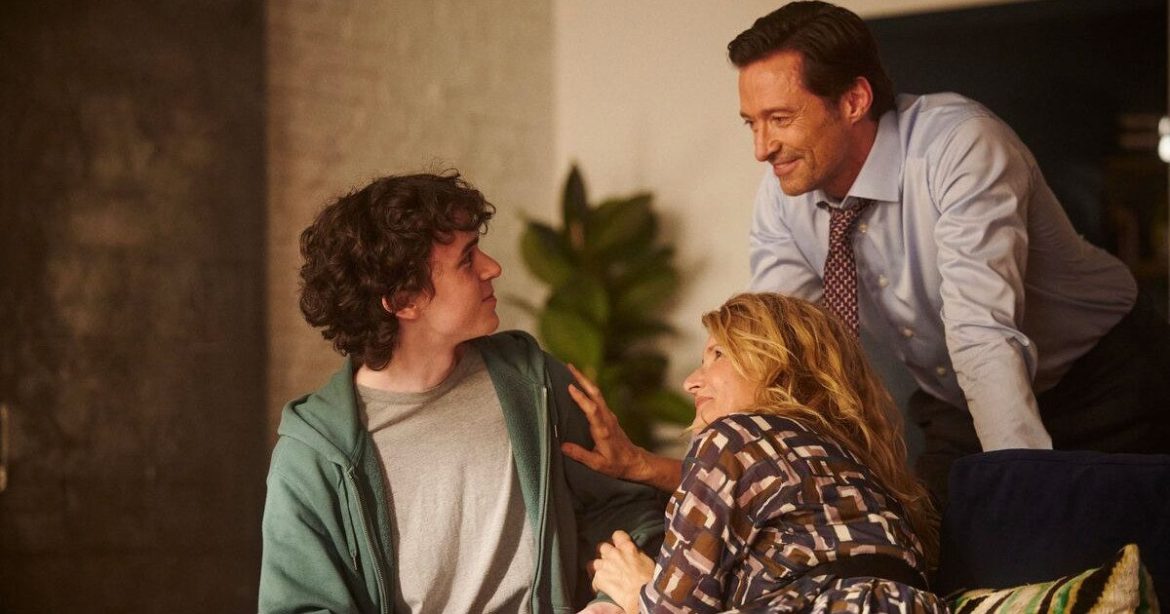 Florian Zeller surprised the film world two years ago with his debut feature film, The Father. That film is one of the masterpieces of the 2020s, and it features what may be the best performance of Sir Anthony Hopkins’ career. The film shocked me in the way it was able to utilize the topic of dementia, and turn what could have been a very straightforward drama into something very different. The Father is a genuine psychological thriller, with such creative ideas infused into its storytelling methods. It is a modern masterpiece. My excitement for The Son could not have been higher. Zeller adapting yet another one of his plays — with a stellar cast attached — sounded promising.

Alas, The Son turned out to be the biggest disappointment of the festival. Led by a cast of Hugh Jackman, Laura Dern, Vanessa Kirby, Anthony Hopkins, and Zen McGrath, The Son follows the story of a distressed teenage boy, Nicholas (played by McGrath), and his struggle with the pressures of growing up as well as his parents’ (Dern and Jackman) divorce. Nicholas feels that he has lost his connection with his mother, Kate (Dern), and he feels moving in with his father (Jackman), and his father’s new wife (Kirby), will do him some good. Most of the film revolves around the reconciling, or lack thereof, of past emotions and memories that Nicholas holds near and dear to him. His struggles are intense, and this film will seek to trigger you. The film utilizes manipulation, and at times, this manipulation comes at the cost of telling a genuinely good and impactful story.

The Son is oftentimes thin in its portrayal of teenage depression and personal struggles of the sort. It is a film that seeks to move you without really diving deeper into the nuance of the struggle. There is pain there, and you feel for everyone involved, and you may even reflect on your own life, but for the most part, this film is a thinly written adaptation that is constructed to still feel like a play rather than a film. This film is filled with a lot of rage, and with rage leads to arguments. Many of the arguments in this film feel staged to suit a play structure. Maybe it is my prior knowledge of Zeller, knowing that this is a play adaptation. I cannot help but notice how characters are framed, and their line delivery. In this, Zeller failed to bring his stage production to cinematic life.

The Son lacks nuance. It’s overly melodramatic and clichéd to a point that it takes you out of the internal family struggle. When they yell and scream, they go big. The film needed a middle ground, something to bring you back down to earth amid the familial chaos. The closest thing to a grounding point in this film is Vanessa Kirby. Kirby’s character, Beth, plays a unique albeit clichéd role in The Son. The younger woman who married a wealthier man (Jackman) and was in a family already. Kirby does what she can, and she gives a respectable performance. She feels real, and in the film’s quieter, reserved moments, she owns it. Her facial expressions alone are where this film shines. She continues to show why she is one of the better actresses we have right now. Her interplay with Jackman and even McGrath gives this film the subtlety it needs.

The rest of the cast is, of course, A-list talent. Hugh Jackman in the role of the neglecting father is interesting. He plays an angry dad really well, and when he needs to engage in an argument with his son, it works. He feels like an angry father, and for that, I would say his performance is a solid one. His character is successful. Clearly, a wealthy man who has focused more on his job and what’s in the future than what he currently has. Some of his more emotional sequences collapse, however. To me, Jackman struggles in sad, quiet moments. He is a loud individual, and his characters often present an outer rage and struggle, and that is where he succeeds. Maybe this is just a problem in The Son. Jackman has shown his capabilities before, namely in Logan. While he suited the role for me, he did not quite hit this one out of the park.

Zen McGrath might be the biggest tragedy to come out of this film. McGrath is not an experienced actor. With just a handful of credits to his name, he enters this film with a tall order to fill. Maybe it is the material, or it is the direction from Zeller, but McGrath is a disaster. McGrath is asked to do a lot in this film. His scenes are likely the most important in the film, and he is often tasked with delivering the emotional undertow that is needed to drive home many of the film’s most important moments. As reflected on earlier, McGrath is working with extremely thin writing here. It would be unfair to place all the blame on him when he is not given much to work with. It is a tragedy of the utmost proportions and it is where the film completely loses its emotional connection with the audience.

The film concludes in such a way that it feels like a slow-motion car crash occurring right before our very eyes. It progressively gets worse and worse. The tension that can be strongly felt early on fizzles out. It becomes a parody of the film it set out to be. A tragedy, given how brilliant The Father was just a couple of years ago. I sincerely hope to see Florian Zeller make another film soon. I want him to succeed as a filmmaker, and I hope this misfire was a one-off.

Decent performances and good build-up early on are not enough. The Son fizzles out, and when it fizzles, it sometimes burns. What may be just a bump in the road in Zeller’s career is sometimes tough to watch. It can be manipulative, it can be overly melodramatic, and it can sometimes just be bad. The Son will leave you baffled at just what went wrong. In the end, thinly written substance and dialogue can be the Achilles’ heel of a brilliant cast.

Thank you for reading! Are you excited for The Son? Comment down below!