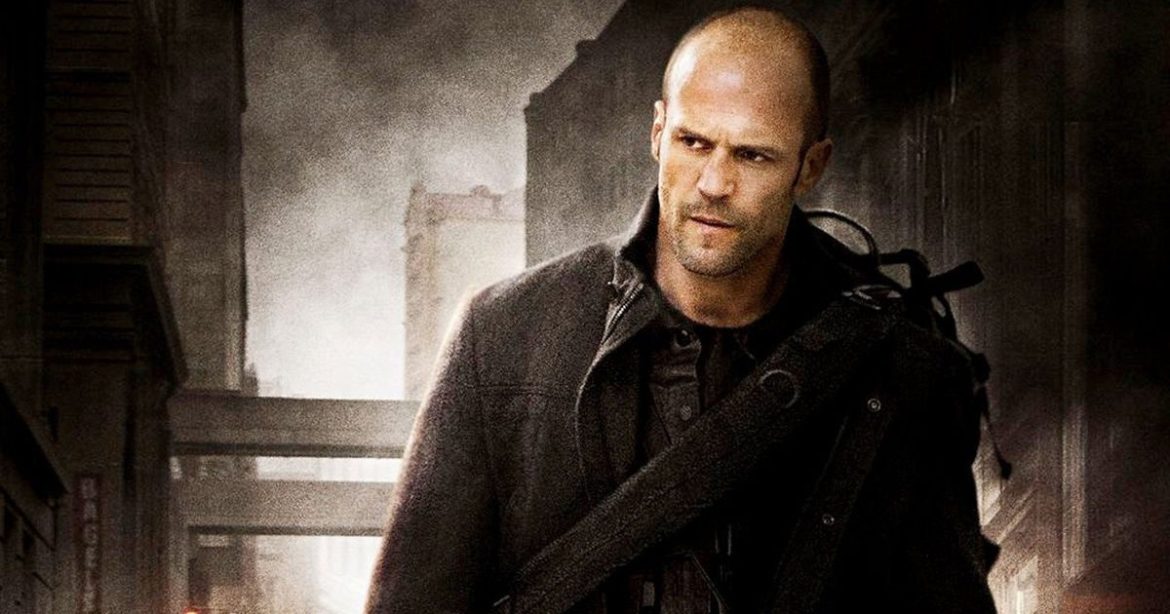 Before I rip into The Mechanic (2011), I’d like to start with a little story. Once upon a time, I saw this movie was having an anniversary and rushed to write an article on it. It was only after I started watching the movie that I realized this was not The Machinist (2004) and I was going to be pretty disappointed.

Yet, I continued to slog through The Mechanic just to see what it was all about. I hadn’t even heard of it until the title flashed on the screen. It looked like one of the movies you’d find in a bargain bin. You know the ones. Jason Statham is usually on the cover holding a gun and looking like he’s ready to do some murdering.

I wasn’t far off with this assumption.

Just because I know you probably need a refresher, I’ll give you a brief summary of what The Mechanic is all about. There will be spoilers because I’m bad at keeping secrets.

Arthur (Jason Statham) is an elite hitman who is hired by an agency of sorts to do their bidding. He also has a friend named Harry (Donald Sutherland) who we aren’t told anything about other than he is a friend of Arthur’s. Arthur receives an assignment to kill Harry due to a betrayal in some South African operation. Ruefully, Arthur kills Harry and makes it look like a carjacking gone wrong. Later, we find out that it was not Harry who betrayed the agency but Dean (Tony Goldwyn), the guy at the agency who gives the missions to Arthur.

Arthur’s life is further complicated when Harry’s estranged son, Steve (Ben Foster), shows up and is understandably angry about his father’s death, vowing to kill the first carjacker he sees, not knowing that Arthur is the true murderer. Arthur agrees to take Steve under his wing and teach him to be a “mechanic” — basically a cool name for a hitman. Unfortunately, secrets have to come out at some point, despite the friendship that Arthur and Steve develop.

I Was (Not) Ready

Like with any movie, I tried to have an open mind when it came to The Mechanic. After all, I do have some questionable taste in movies so I wanted to see if maybe this would make my guilty pleasure list. After the first 30 minutes, I began to lose hope. We had just barely met one of our main characters when they killed him off. I couldn’t feel anything for this character because I really didn’t know who they were or even how they knew our protagonist.

Then a new character was introduced with no actual redeemable qualities — Steve, the estranged son. Unfortunately, even though you are supposed to feel some connection with this character, it falls flat. You just end up hating Steve more and more as time goes on. Even our main character, Arthur, just seems like a bit of a douchebag. Exactly who am I supposed to be rooting for again?

It Wouldn’t Be a B-List Action Movie Without…

…an oddly-placed sex scene here and there, now would it?

Sometimes sex can move the plot along but in this case, sex was just there for the perverts of the audience. Arthur meets up with a woman every so often and has a night of passion, and that’s it. That’s her only purpose in the movie. Why even bother adding it? The Mechanic just oozes toxic masculinity.

I will cut Steve a little slack with his sex scene. His seemed to be a progression of his confidence after learning to be a mechanic. Still, did we really need to quick-cut to him getting down and dirty in a nightclub alley for no particular reason? It was the most uncomfortable ten seconds of the film.

Where Was the Cast?

Not every action movie has to have a big cast, but The Mechanic didn’t really have much of a cast at all. It had Jason Statham and Ben Foster. Tony Goldwyn shows up to be the big bad guy for a moment. Donald Sutherland is there for the blink of an eye.

The fact that this film just focused on Steve and Arthur made it seem very contained to me. Nothing ever felt big enough to be an action movie. It was more like two buddies on a murderous, coming-of-age story. It wasn’t charming or engaging — just two guys who kill some other guys.

Usually, bad action movies like this can make up for their badness with some familiar faces or at least some attractive ones. The Mechanic failed to do so. There’s really nothing that keeps your eyes glued to the screen. If I hadn’t have been watching on my phone (Christopher Nolan would be so proud), I would have been scrolling through Twitter the whole time.

What I Would Have Added

You’re probably thinking, “But Kali, if you think this film didn’t live up to its full potential, you must have some idea of what you think it could’ve done better?” So glad you asked, loyal readers, as I do have some suggestions.

First of all, give the main characters a backstory. I literally have no idea who Arthur is other than he kills people and he also likes to have sex on occasion. Where and when did he get involved in this business? What was his childhood like? Does he have a family? Of course, I have a feeling that we would have gotten very cliché answers to these questions, but I would have at least liked to have something. We don’t even find out that much about Steve other than he hates his father for some muddled reasons the movie doesn’t care to fully explain.

Secondly, cut down on the fluff. I don’t feel like very many people were actually taken out in this movie. Steve was trained and then he took out like two people in very bloody fashion. You know what I could’ve used? A montage of Steve getting better at being hitman and taking out multiple targets to some hardcore punk rock. That would’ve been pretty sick.

Thirdly, hire someone other than Jason Statham to be your main guy. Look, I think the guy’s great in action movies, but he also plays the same character in every film. Give the role to someone else for a change and have Statham be a side character. I think it’s time we explore a new era in the action genre, one with less Statham.

I Hate To Say It

Normally, I try to be pretty fair with movies. Even movies I really dislike I try to give kudos to and recommend watching at least once.

I can’t say that with The Mechanic.

This is a movie that truly belongs in the bargain bin. It’s honestly pretty boring and lacks an engaging plot. The Mechanic throws together a smattering of sex and bloody violence with some cringy dialogue in between and hopes it will carry it through an hour and a half. Spoiler alert: it does not.

Thank you for reading! What are your thoughts on The Mechanic? Comment below!

Thanks for sharing a thoughtful review!

I’m guessing the sex scenes were added to make the picture more viable for overseas markets. There are a few checkboxes for genre movies hoping to get international distribution deals, which includes bloody mayhem and at least one sex scene. Some filmmakers can figure out how to weave such things into narratives in a more organic fashion. Some can’t. Sounds like this is a movie that just went the checkbox route. :)

Probably my favorite straightforward flick starring Jason Statham is The Bank Job (2008), which uses the actual Baker Street Lloyds Bank heist as a germ for a crime pic. Not a perfect movie, but at least one that weaves a more interesting, twisty narrative. If you haven’t seen it, you might consider giving it a shot.

Hopefully, you get a chance to write about The Machinist.

I’ll have to check out The Bank Job! Also this movie really did check all those boxes and then called it good lol thanks for reading!

The Movies that Define Each Decade from the...