‘The Father’: A Unique, Devastating Look at Dementia 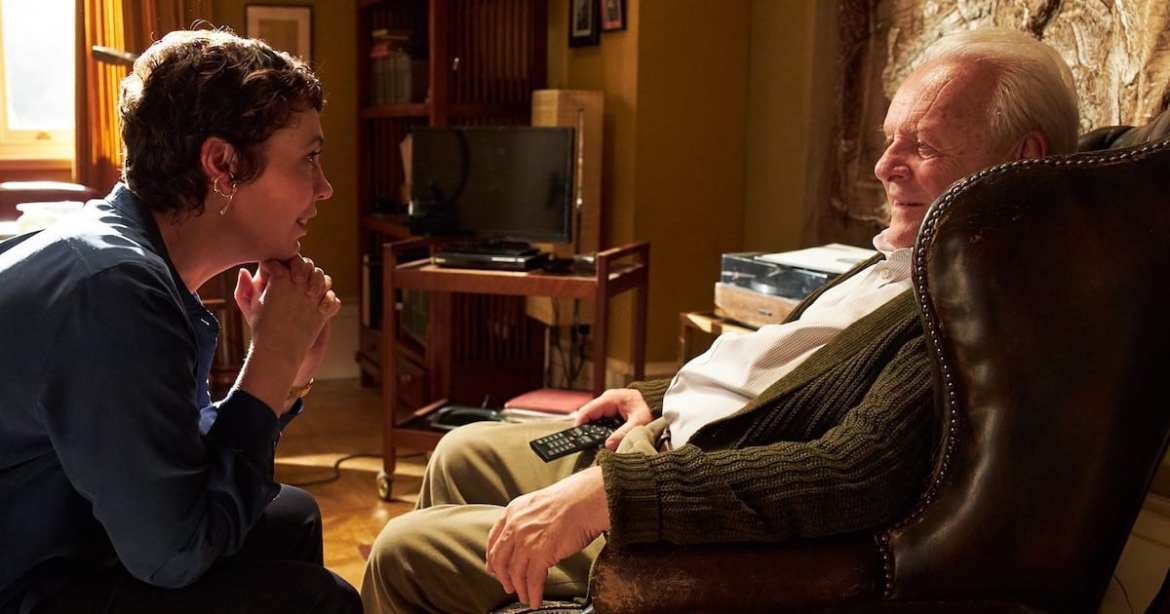 The Father truly broke me. Florian Zeller’s take on dementia is a heartbreaking, surreal, yet realistic approach to what could be a sensitive subject matter for many. The story follows a man (Anthony Hopkins) who refuses all assistance from his daughter (Olivia Colman) as he ages. As he tries to make sense of his changing circumstances, he begins to doubt his loved ones, his own mind, and even the fabric of his reality, culminating in what, for me, was the most emotional I’ve been watching a film in quite some time.

Dementia is a grueling disease. It takes a person you love and care about and turns them into a fractured consciousness of what laid before, staring back at you with hollow eyes unsure who, or what, you are. They’re still themselves, but the information they remember becomes sporadic to the point that one day, they might look at you with those hollow eyes. Forgetting their family, their friends, and even their children is all too common as you watch someone’s memories fade and their confusion take front and center stage.

It’s heartbreaking. The thoughts and feelings one must comprehend while experiencing something like this must be awful. Personally, I’m lucky, I never have, and god forbid I hope I never will experience something like this firsthand. But The Father puts dementia into a perspective, unlike anything I’ve ever seen. It takes a bracingly insightful, subtle, and nuanced look at it and the toll it takes on those in close proximity to the afflicted. The film itself follows Hopkins’ perspective while remaining aware of his shortcomings, allowing the audience to delve into his mind and see just how hard it is trying to live with the disease.

There was one line in particular, around the hour mark, that truly got me. Hopkins turns and looks at Colman’s character and gently exclaims, “Anne, thank you for everything”. This line, the delivery, and the scene that surrounds it shattered me into a thousand pieces, and what followed can only be described as remarkable, leaving me heavy-hearted with a tear in my eye until its inevitable overwhelming conclusion.

Colman is sure to garner critical acclaim for her performances as Anne, and rightly so, but it’s Hopkins’ performance that The Father truly thrives on. He’s phenomenal and utterly breathtaking in the leading role. He milks every last feeling of loss and despondency out of the character to the point you’re left stunned staring at the screen, waiting for it all to fade away, for him to feel better and remember all he’s muddled up…but you ultimately know he never will. His performance left me amazed, sitting in the pitch black trying to hold myself together. He’s fantastic, bold, and tremendous with his last scene leaving me in pieces. This year’s Oscars were always going to be tough, but nothing made me as emotionally unstable as Anthony Hopkins did here. His performance, the emotional gravitas of his actions, really struck a chord with me.

Similar to how Requiem For a Dream puts viewers directly into the experience of a drug addict, this tough watch captures a human experience that mere words can’t properly convey. The final scenes of the movie are not only some of the best of last year but are among the most heartbreakingly vulnerable of Hopkins’ whole career. In 2007, Sarah Polley’s Away from Her allowed for a brilliant look at Alzheimer’s and how others see the disease and it worked incredibly well, but The Father switches the point of view, putting you directly in the mind of the sufferer and allowing the confusion, his disorientated look, to take full effect. This allows for undeniably some of the best editing I’ve seen for a long time, switching out scenes in a blink of an eye, showing you just how dislocated the character’s mind becomes.

The Father marks a modest yet powerful debut from Florian Zeller. His style, dialogue, and direction are top-class, putting us in the character’s mind showing us his disorientated, confused point of view with outstanding effect. Adapting his highly praised stageplay was always going to be difficult, but he more than succeeds. The Father is a huge win and one I hope doesn’t get overlooked come awards season as it truly is something remarkable. In an effortlessly meaningful conclusion, the film is as close to the outlook of dementia as any of us would ever want to get. It’s bold, touching, and leaves an undeniable everlasting effect on its audience. It’s not only one of the most emotional films I’ve seen, but, for me, it’s also the best release of the year.

Thank you for reading! What are your thoughts on The Father? Comment down below!

‘Judy’ is a Reminder That Hollywood is Not...