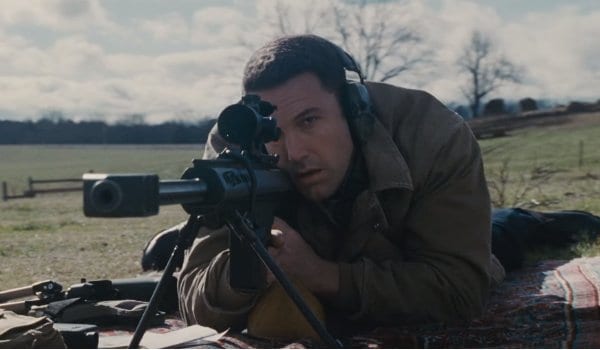 The following review of The Accountant will be spoiler-free.

The Accountant is directed by Gavin O’Connor and stars Ben Affleck in the title role along with J.K. Simmons, John Bernthal, and Anna Kendrick among other actors in supporting roles.

I had a great deal of expectations for The Accountant entering the theater.  Ben Affleck is quickly becoming one of my favorite working actors as of late with his performances in The Town, Argo, Gone Girl, and Batman V Superman. He has definitely come a long way since the days of Gigli and Daredevil (ouch).  Affleck seems to lose himself in his roles these days rather than playing himself.

J.K. Simmons is also another one of my favorites. Vastly underrated, I can’t recall him ever giving a bad performance (even if the movie itself wasn’t stellar). However, these expectations were somewhat dwindled earlier this week once early reviews came in for the movie.  It’s somewhat of a bad habit, but I do tend to track movies on Rotten Tomatoes before I see them in theaters.  In fact, this was my predominant way of deciding which films to see in theaters before I started reviewing movies full-time.  With The Accountant sitting at 48% on the Tomatometer as the lights dimmed in the theater, I waiting nervously for what I might see.

The Accountant is a prime example of not letting others change your opinion on a movie and deciding for yourself whether you like it or not.  I left the theater very pleased with what I just had seen.  Sorry Rotten Tomatoes but personally, The Accountant delivers mightily.

Ben Affleck really brought it in this film.  He gave an incredibly compelling performance as an autistic hit-man.  What I really appreciated about the performance was its realism. Affleck portraying a man with high-functioning autism did not feel “Hollywood” in any way.  Each one of his ticks or the physical manifestation of his thought process really resonated with me and was even difficult to watch at some points (in a positive way).  The child actor who played a young Christian Wolff (Ben Affleck’s character) was especially convincing.  I wouldn’t be surprised if we see him pop up in many movies soon.

J.K. Simmons also put on a routine solid performance.  The way he delivers lines is always just absolutely solid.  In fact, every performance was very good.  I wish Anna Kendrick’s character was more fleshed out and developed, but she served well in pushing the plot forward while helping Ben Affleck’s character to have an arc.

A couple of issues I had with the film are in its storytelling.  The plot, at times, is somewhat convoluted.  I had issues deciphering the plot on occasion — there were many twists and turns.  While the movie tried to clean up some loose ends through “exposition dump”, I felt that the story left the audience in the dark for a tad too long.  Also, some people may have an issue with how the movie had the tendency to jump around in time and to other characters.  Personally, I thought Gavin O’Connor took advantage of a neat story device, but the unfocused narrative did seem to cause some of the storytelling issues I mentioned earlier.

The film is also a tad slow in pace, but boy does it pick up.  I was locked in to the setup.  It gave Affleck’s character the necessary back-story to tell this story while also making the payoff more appreciated later on.  The action was intense, visceral, and brutal.  There were some issues with “shaky-cam”, but all in all it was heart-pounding stuff.  Affleck was so believable as a hit-man in the action scenes and definitely made an impression.

Overall, The Accountant is a very solid action flick with some nice genre twists and a very committed and compelling performance from Ben Affleck.  Because of this, I give The Accountant a B+.  Don’t be suckered into not seeing the movie due to mediocre reviews!  Make the decision for yourself!

Thank you for reading! What are you thoughts on The Accountant ? Comment down below!

I did see this and liked it. Thanks for stopping by my blog. Great review!

An Interview with Salvatore Alaimo, Director of ‘What...