‘The Sum of All Fears’: A Jack Ryan Film Without a Jack Ryan

It's hard to live up to Harrison Ford's portrayal of the character; Ben Affleck is an example of failure. 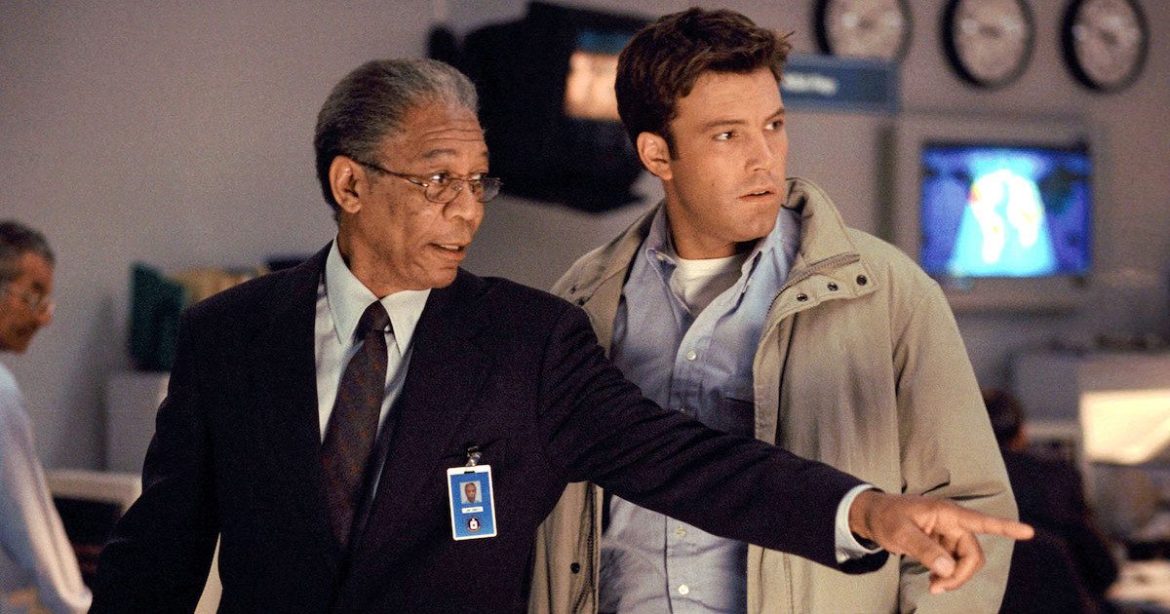 Harrison Ford only starred in two Jack Ryan films — Patriot Games and Clear and Present Danger — but he defined the character with those performances. Ryan wasn’t a spring chicken in military intelligence, but he certainly was not as experienced as his colleagues. His improvisational and tactical skills are what sets him apart from the rest and why we love Jack Ryan so much.

The Sum of All Fears lacks that feeling. Instead, we get a young, brash, foolhardy Ryan who doesn’t have the same lovable character traits we know him for. It’s just another action hero with the same paper-thin personality and boring story.

Ben Affleck doesn’t play Jack Ryan in this film; he just plays Ben Affleck if he’d had a week of military training. Ryan’s subtle charm, gruff demeanor, and cleverness don’t shine through the way they do with Ford’s brilliant performance.

The Age of Affleck

Ben Affleck is exactly 30 years Ford’s junior. At the time of The Sum of All Fears, Affleck was around 29 years old. In Clear and Present Danger, Ford’s final Jack Ryan film, he was around 51 years old. That is quite the age gap, which accounts for some of the difficulty I had accepting Affleck as Ryan.

After Affleck’s portrayal, the idea of a younger Jack Ryan was embraced even further with Chris Pine in Jack Ryan: Shadow Recruit and John Krasinski in the Jack Ryan TV show. Because of that, we get the origins of Jack Ryan over and over again rather than just getting to see straight action that we expect from the franchise.

Getting the origin story of Jack Ryan is like getting the origin of Batman or Spider-Man. We already know the story and we really don’t need to be retold it with every reboot. Let’s skip over what we all know and get to the good part — Jack Ryan in the military intelligence community saving the world.

Ben Affleck tends to play a lot of the same roles — the cocky, suave character who saves the world after being slightly humbled. The Sum of All Fears is no different. Affleck plays Ryan as a cocky young analyst who gets pulled up to the big leagues and quite literally saves the world from nuclear destruction.

If this had been Ford’s vehicle, I could see the mood being quite different. Ford wouldn’t be as cocky as Affleck, instead being self-assured but quiet. His anger wouldn’t sound like whiny teenage angst but would be more mature and well-articulated outbursts. It just wouldn’t feel like a teenager had been let loose in the military intelligence community.

Affleck’s portrayal of Jack Ryan reminds me of Tom Cruise as Top Gun’s Pete Mitchell. Young, brash, and willing to take on the world. He doesn’t have the maturity yet to realize that he can’t do that. Ryan has always been a bit of a hothead and bold, but he’s never been outright cocksure like The Sum of All Fears’ Jack Ryan is.

You know who had a better portrayal of a younger Jack Ryan? Alec Baldwin. The Hunt for Red October is number two on my list of favorite Jack Ryan films. Baldwin’s depiction of the main character is a big reason for that (also Sean Connery is a plus to any movie).

Baldwin plays a younger Jack Ryan than Ford would portray. He’s meek, but isn’t afraid to speak up when he knows he needs to be heard. One of my favorite parts of the film is when he is in the Situation Room with the head honchos of the intelligence community and he figures out Ramius’ plan to defect; his eureka moment is punctuated with a triumphant “Son of a bitch!” that turns the heads of the others in the room to him. It’s a brilliant moment of uncertain youth but also incredible wit — the perfect description of Jack Ryan.

Affleck tried to have a moment like that when CIA Director William Cabot (Morgan Freeman) invites him to an intelligence meeting to discuss the growing Russian threat. Ryan whispers in Cabot’s ear his opinions about the situation only to be shut down and told to shut up. Rather than showing Ryan as quietly brilliant but humbled, Affleck looks like a petulant child who has been told to quiet down. That’s not very Jack Ryan-like.

The problem with that is Jack Ryan is not the same as Captain Rafe McCawley. Ryan is a devoted family man who cares deeply for the people he loves. He isn’t eager to join the fight and would rather a peaceful solution was devised before anything else. While Affleck tried to muster some uncertainty to better play Ryan, it’s clear he’s better at playing fearless, pugnacious characters.

Jack Ryan has a different sort of charm than most action movie heroes; it’s harder to nail him down. You can’t just play the big, strong man with no fear. While I think Ben Affleck makes a good attempt to play the softer, more calculated Ryan, he just struggles to hit the mark the same way that Alec Baldwin or Harrison Ford did.

Thank you for reading! What are your thoughts on The Sum of All Fears? Comment down below!

Many of the problems with the Affleck version of Ryan falls on the screenplay. Donald E. Stewart has screenplay credits on the three first Jack Ryan films, and his way with composing dialogue and with drawing in the themes that speak loudest to you is pretty terrific. The same cannot be said for The Sum of All Fears, which got completely different scenarists for the new direction.

I would agree. In my heart of hearts though, I feel like Harrison Ford could’ve pulled it off lol