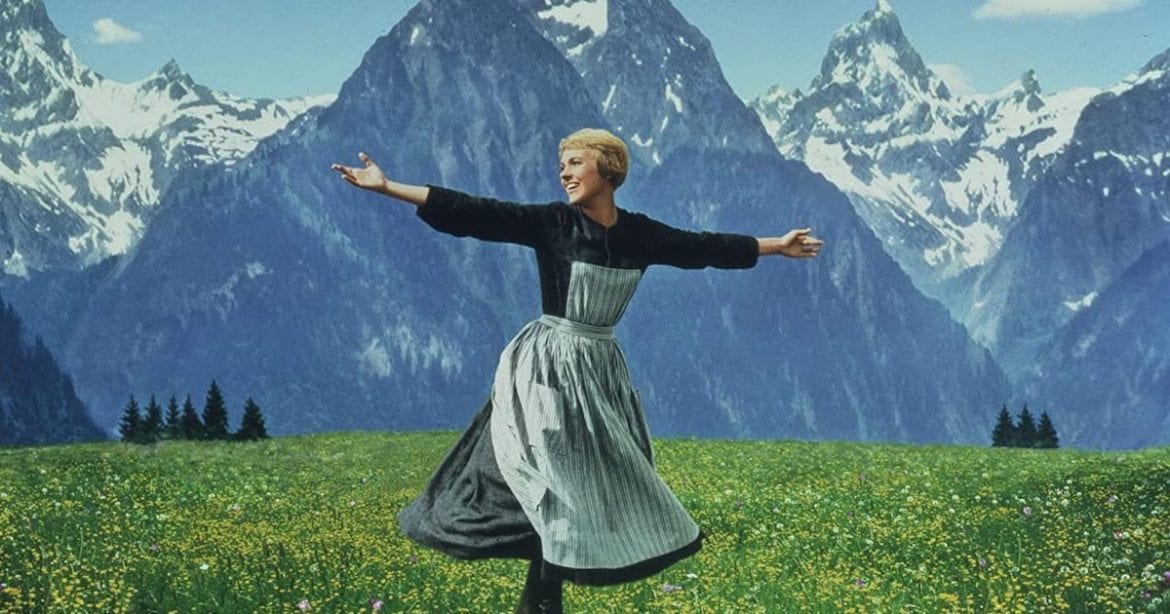 A gorgeous setting can make a movie so much better. Lots of John Wayne movies aren’t amazing plot- or dialogue-wise, but I sure love seeing the country backdrops. Cast Away (2000) was pretty boring, but that tropical paradise sure was something, wasn’t it? All a good setting has to do is catch your attention, either with its beauty, its originality, or its boldness.

Movies are feasts for the eyes and having a good setting is the foundation of the film. If you don’t like what you’re looking at, you’re not going to watch it anymore. The only reason I kept watching The Room (2003) was that I loved that green screen background on the rooftop. So realistic!

Anyway, since we can’t really go anywhere ourselves, here are some of the most beautiful visual vistas in the cinematic world!

I don’t think anyone expected that Amélie would not make this list. The only words I have to describe this movie are beautiful, gorgeous, and poised. To be truthful, Amélie is everything the French wish they were. Jokes about the French aside, the scenery of this film is beautiful. Even just childhood scenes in a dilapidated little house have a certain charm to them. Of course, Audrey Tautou is a beautiful addition as well, exuding the same sweetness and grace portrayed by Audrey Hepburn. My favorite scene is when she guides a blind man down a busy Parisian street, describing all the hustle and bustle with delightfully descriptive words and phrases, accentuating the beauty of the surrounding setting.

Can I just say that the northwestern United States is probably one of my favorite filming locations in the world? I love the misty forests and the drizzling rain that pervade it. Wild with Reese Witherspoon is probably one of my favorite traveling movies ever made. I love the gritty outdoors aspect of it and how raw Reese Witherspoon is. Wild is so freewheeling and it really doesn’t care where it goes next; it is simply happy to be lost in the scenery. We are taking a journey alongside Cheryl (Witherspoon) in her grief over a recent death in the family. We are hiking those 1,100 miles with her. And the mysterious yet comforting setting of the forest brings it all together.

South America is a sight to behold. It has mountains high above the clouds, rivers snaking through the landscape, and people who live life to the fullest. The Motorcycle Diaries emphasizes these points. The film is about a motorcycle trip that Che Guevara went on when he was young that showed him what he was supposed to do in life. While the moral themes of the film are thought-provoking beyond your average film, the views are what I love the most about The Motorcycle Diaries. The scenery is part of what tells the story of the United South America that Guevara dreamed of.

#7: The Lord of the Rings franchise

I never really got into this franchise, personally. It just felt like too much work to try and understand all the lore behind it. However, anyone who watches this film must agree that the scenery in any one of the three Lord of the Rings movies is breathtaking. As any good fan knows, the beloved films were shot in New Zealand — a beautifully green country with hills and valleys and mountains as far as the eye can see. The mystical setting made for a perfect background to a mystical story of wonder and delight.

Every time I watch The Sound of Music, I think how much happier I would have been if I were born in the Alps and simply lived my life as a hermit there. Then again, the singing nuns may wake me up at ungodly hours of the morning. One of my favorite shots in all of cinema is the opening shot of The Sound of Music when the camera is lazily floating above the Alps and the Austrian countryside, eventually zooming in on our heroine Maria. The joyous singing and dancing only add to the happiness this film and its setting give me. The hills truly are alive in this movie.

Any one of the Harry Potter films is rife with beautiful scenery, both real and computer-generated. Something to note is that not all settings have to be natural landscapes. Harry Potter is a wonderful example of a movie that makes its indoor settings look amazing as well. Some of the best set dressing ever seen in movies can be seen in the simplest of scenes in Harry Potter, like in Diagon Alley, the Weasleys’ house, or, of course, the looming Hogwarts castle itself. I would go so far as to say 50% of the wonder and magic in this movie comes from the setting alone.

I don’t like Call Me By Your Name. I find the age gap to be more than a little disturbing. However, I do recognize that this film has some of the best scenery found in any film. True, there’s not much you can do to make Italy look ugly, especially when you put two beautiful men like Timothée Chalamet and Armie Hammer in front of it. The colors of the setting are what pop out the most. The strong blues and yellows of the setting are what further soften the edges of this sappy (yet creepy) romance. And I love how this setting reflects the tone of the movie throughout.

The Secret Life of Walter Mitty is severely underrated. It feels like a certain vein of indie film, but with well-established actors and actual direction. One of the greatest parts of this film is the scenery. Much of The Secret Life of Walter Mitty takes place in foreign countries such as Iceland, which is one of the most beautiful countries on Earth, in my humble opinion. The best shot of this movie is when Walter (Ben Stiller) trades his Stretch Armstrong doll for a skateboard (not a fair trade, honestly) and he glides down an empty road through the green, lush Icelandic countryside. The scenery of this film will captivate you from the very moment Walter makes that first fateful plane ride.

Rome doesn’t need color to display its beauty; it’s just as astonishing in black and white. And, of course, its beauty can only be enhanced by a woman as graceful and dignified as Audrey Hepburn. I’m such a fan of the tourist view this movie took of Rome. From the scooter ride to the ice cream, it all felt so cliché and cheesy, and yet it was so much fun that I didn’t much mind. Plus, the sweet romance between Hepburn and Gregory Peck is enough to make any movie shine a little brighter. Roman Holiday is just an overall beautiful movie.

Into the Wild is pretentious. From the very beginning of the movie, Emile Hirsch makes no pretense about this movie being for stuck-up hipsters drinking craft beer and wearing unwashed beanie caps. But Into the Wild is also beautiful. While this movie was filmed all over the western United States, the most memorable scenes are from Alaska, where Christopher McCandless (Hirsch) eventually succumbs to his fate; however, it’s also where he learns how to be the most self-sufficient and becomes most at peace with himself. The vast snow-covered forests under the looming gaze of intimidating mountains are just breathtaking. Plus, I love the wildlife that also makes numerous appearances throughout the film. Everything about this setting screams wild and carefree and I wear lots of flannel.

Thank you for reading! What are your thoughts on these top 10 picks for movies with the best settings? Comment down below!

Shocking lack of David Lean here. This reminds me I’m way over due for an Amelie rewatch

‘The Big Ugly’ is a Surprisingly Gentle, Character-driven...