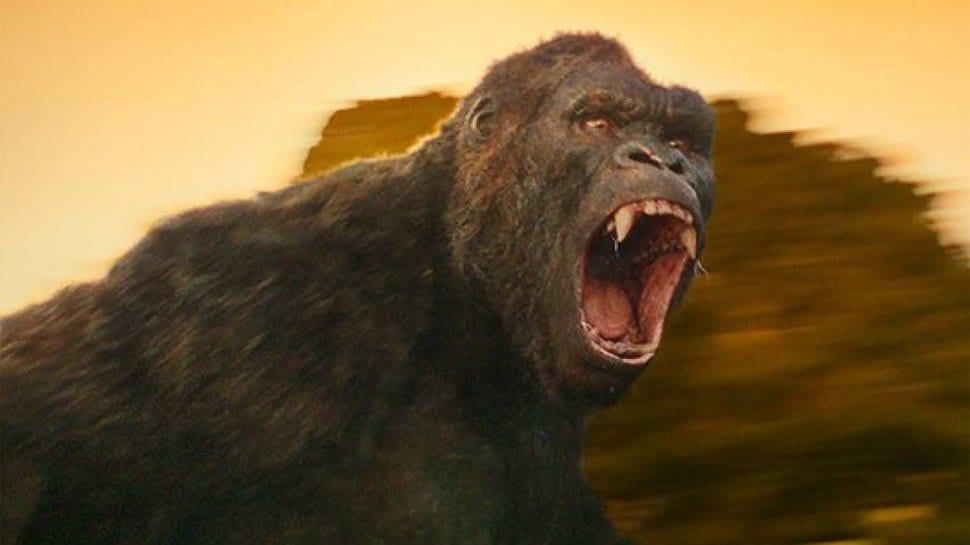 Late last week, Warner Bros. released the first full Kong: Skull Island trailer.  If you haven’t seen the trailer yet, you can watch it here on YouTube.  The movie will set up a new version of King Kong (not set in New York) that is going to lead up to one of the biggest clashes ever put to screen in Godzilla vs. King Kong that is set to hit theaters in 2020.  Kong: Skull Island is directed by Jordan Vogt-Roberts and contains a star-studded cast with actors such as Tom Hiddleston, Brie Larson, Samuel L. Jackson, and John C. Reilly among others.

The trailer begins with giving us a backstory of Skull Island. In order to begin research on the island, the research team begins dropping probes on the island that explode upon impact of the ground.  As you can imagine, when the team finally sets foot on the island, King Kong is pissed.  After escaping the clutches of the giant ape, the group meets up with a local of the island (John C. Reilly) that tells everyone that Kong is not the animal to be feared on the island.  There are monsters that burrow from the Earth that terrorize the island and its inhabitants.  This ultimately sets up what appears to be a massive clash between Kong and the other creatures.

Now, you’re going into the wrong movie if you’re expecting a nuanced movie with subtle performances that are a commentary on culture or anything else to that effect.  The only reason to see these types of movies is to go for the spectacle and shove popcorn in your face as massive CGI monsters smash each other into oblivion.  So, you’ll never hear me try to explain the possible subtext of how Kong’s persecution  is a reflection of society or anything else that you could loosely tie to the movie.  It’s obvious that this movie is shooting for pure entertainment value so I will treat it as such.

What I really like about this trailer is the cinematography.  This movie looks absolutely gorgeous from the given footage.  Kong: Skull Island is apparently set in the 70’s and the footage does a great job of giving you that feel.  With the jungle setting and the haze put over the landscape, it’s no wonder this movie is being compared to Apocalypse Now only with giant monsters running around.  Even the song used in the opening of the trailer feels like a throwback.  Also, all the effects in the trailer look pretty flawless from my point of view.  Warner Bros. and Legendary Pictures do not seem to be pinching pennies on this movie at all, showing us sprawling landscapes and action set pieces.  None of the creatures stuck out in a bad way which, considering this movie is absolutely going to be effects heavy, is a good sign for the movie.

I also really like the idea of Kong playing somewhat of a good guy that is pitted against these so called “skull crawlers.”  The studio is obviously trying to make King Kong and Godzilla likable so that it’ll make it fun once the marketing campaign begins for the Godzilla vs. King Kong movie in which there will be numerous ads that focus on one of the monsters and you’ll be asked to pick a side, following the trend of major blockbusters movies recently (Captain America: Civil War, Batman V Superman, etc.).

While the spectacle and action look  pretty damn cool, I’m nervous about John C. Reilly’s character as the native of Skull Island.  He plays the typical goofy character that he normally plays.  While I absolutely adore Reilly and will forever be indebted to him for bringing me so much joy in Step Brothers every time I watch it, he really clashed with the tone of the rest of the trailer.  The rest of the trailer plays pretty serious albeit with some fun elements in it, but Reilly’s dialogue somewhat puts it over the top.  He even looks a little ridiculous compared to the rest of the cast. 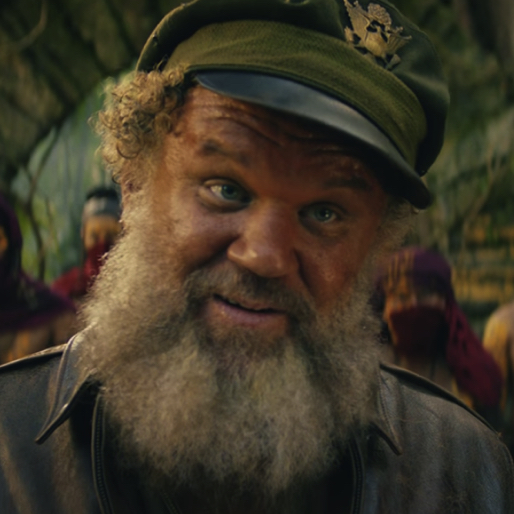 My hopes are that the people in charge of cutting the trailer threw those lines in there to lighten the tone a tad and Reilly won’t be cracking jokes the entire movie.  I certainly do not want a movie with the premise surrounding a massive bipedal ape fighting monsters that come out of the ground to take itself too seriously, But I fear that the balance between humor and terror may be blurred too much.

Despite my concerns, this movie still looks bad-ass and I cannot wait for March 10, 2017 for Kong: Skull Island to be released in theaters!

Thanks for Reading!  What did you think of the Kong: Skull Island trailer?  Comment and let me know.

What should I review next?  Whether it’s old or new, the choice it up to you!

Thanks for following my blog very, interesting to read your post

I hope Godzilla wins in Godzilla vs. Kong.