Under the Radar Movies to Watch Out for in 2017﻿ 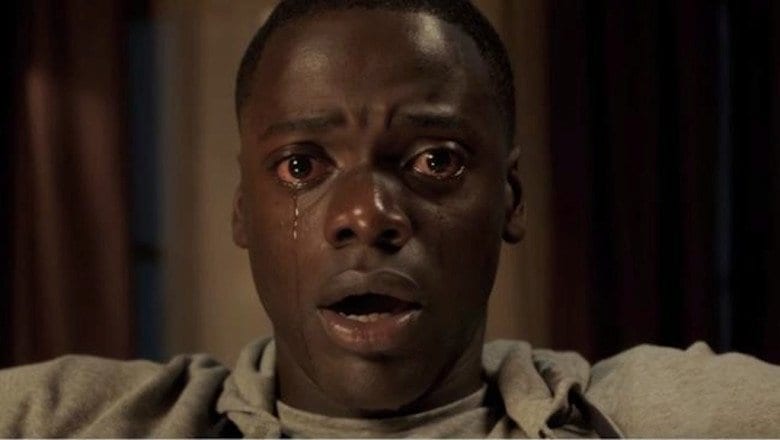 We all know about the major blockbusters coming out this year (Star Wars, Justice League, Wonder Woman, etc.), but what about some movies that may not be on the tips of everyone’s tongues?  Here is my list of some smaller movies to look out for in 2017.  As a disclaimer, these films are not in any particular order or ranking system, but it’s rather a means of bringing more attention to these possible great films by their date of release.  Make sure to comment at the bottom of your page with your thoughts!  Here’s some movies to watch out for:

Get Out (February 24th): Directed by Jordan Peele, Get Out follows Chris, a black male, who is traveling up to meet his girlfriend’s parents who are white.  Once up there, Chris gets wind of multiple black males who have gone missing in the neighborhood.  And, in typical thriller/horror fashion, everything goes wild with a mix of paranormal and other creepy occurrences.  There’s a moment when watching this trailer where you ask yourself, “what they hell am I watching,” and that’s precisely why this movie is so intriguing.  On top of that, Jordan Peele writing a thriller/horror movie is an odd mixture that makes this gonzo movie quite exciting.

The Circle (April 28th): Emma Watson and Tom Hanks helm this star-studded movie that circles around (no pun intended) an employee (Watson) that works for the largest tech and social media company in the world and is further pressured to live her life with ultimate transparency through constant surveillance.  We’ll get to see Tom Hanks play a pretty despicable guy in this movie which is definitely a change.  Based on a internationally best-selling book, this movie might have a lot to say about our current social world.

Baby Driver (August 11th): Edgar Wright directs this action comedy about a partially deaf getaway driver that gets caught up in a doomed heist.  This movie has a ton of talent including Kevin Spacey, Jamie Foxx, Jon Hamm, Lily James, and Ansel Elgort.  It’s also sure to be fast-paced, quirky, and fun with Edgar Wright behind the camera who has directed movies such as Shaun of the Dead and Scott Pilgrim vs. The World.  Baby Driver could be a late summer sleeper hit.

The Snowman (October 13th): A mystery movie surrounding Michael Fassbender as a detective?  Count me in!  The movie, directed by Tomas Alfredson follows Detective Harry Hole as he investigates the disappearance of a woman who’s pink scarf in found wrapped around a creepy-looking snowman.  The movies also stars Rebecca Ferguson and Val Kilmer.  We have yet to see Fassbender as the focus of a crime movie so this could be something very intriguing. Roma (TBD): The film chronicles the life of a Mexican family over a year period.  While this is not the most intriguing plot detail for a movie, the film is directed by Alfonso Cuaron (his first movie since Gravity) and will be the first time in fifteen years that Cuaron is shooting in his native Mexico.  The combination of the plot, location, and director should create a very passionately made film that could possibly get a lot of Oscar buzz.

Mute (TBD): From Duncan Jones, the director of Moon and Source Code, Mute is a futuristic movie set in Berlin (concept art below) that follows a mute bartender looking for a disappeared woman while the underbelly of the city becomes more apparent.  The cast involves Alexander Skarsgard, Paul Rudd, and Justin Theroux and will be distributed by Netflix along with a limited release in theaters, making this movie even more fascinating in seeing how it’ll fair among audiences.

Annihilation (TBD): This is the follow up to the much acclaimed Ex Machina for writer/director Alex Garland.  Annihilation is based off an award-winning novel and follows a biologist (Natalie Portman) who’s husband goes missing.  She then goes on a dangerous expedition where the laws of nature don’t exactly apply.  Oscar Isaac and Jennifer Jason Leigh also star in this movie.  Ex Machina was one of my favorite movies of 2015 so this movie has me very excited.

The Masterpiece (TBD): The movie is a tongue and cheek, meta look at the making of Tommy Wiseau’s The Room starring James Franco as Tommy Wiseau and also starring his typical mates Seth Rogen, Judd Apatow, and Dave Franco as well as others such as Alison Brie, Bryan Cranston, and Zac Efron.  Considering The Room is arguably the worst-best movie ever, this movie could be a hilarious romp if done correctly.  Rumors are that Tommy Wiseau himself will cameo in the movie.

image via Discover Movies to Pin

Untitled Charles James drama (TBD): The movie will look the chronicle the fashion industry in New York in the 1950s by focusing on Charles James, a egomaniac stylist that is considered an icon in the fashion world.  What makes this movie so intriguing is that Paul Thomas Anderson is once again joining up with Daniel Day-Lewis for the movie with Day-Lewis playing Charles James.  While there is limited information on the movie, the academy better think about polishing another Oscar to give to Daniel Day-Lewis in the near future.

Untitled Detroit Riots drama (TBD): The movie will document the 12th Street Riot of 1967 that left 43 people dead.  The film is set to star Anthony Mackie and John Boyega along with John Krasinski and is directed by Katheryn Bigelow (her first movie since directing Zero Dark Thirty in 2012).  The movie will obviously have a lot to say about race relations in America and could be a very timely and important movie.  Expect this movie to be a major contender come next awards season.

That’s the list!  What other under the radar movies are you looking forward to in 2017?  Comment below with your thoughts!

'Obvious Child' and 'Landline': Why Gillian Robespierre's Films Should Be Your New Obsession | MovieBabble February 25, 2021 - 7:00 pm

[…] months ago, Gillian Robespierre wasn’t on my radar, but flash forward to now, I’ve watched her entire small yet unbelievably brilliant […]