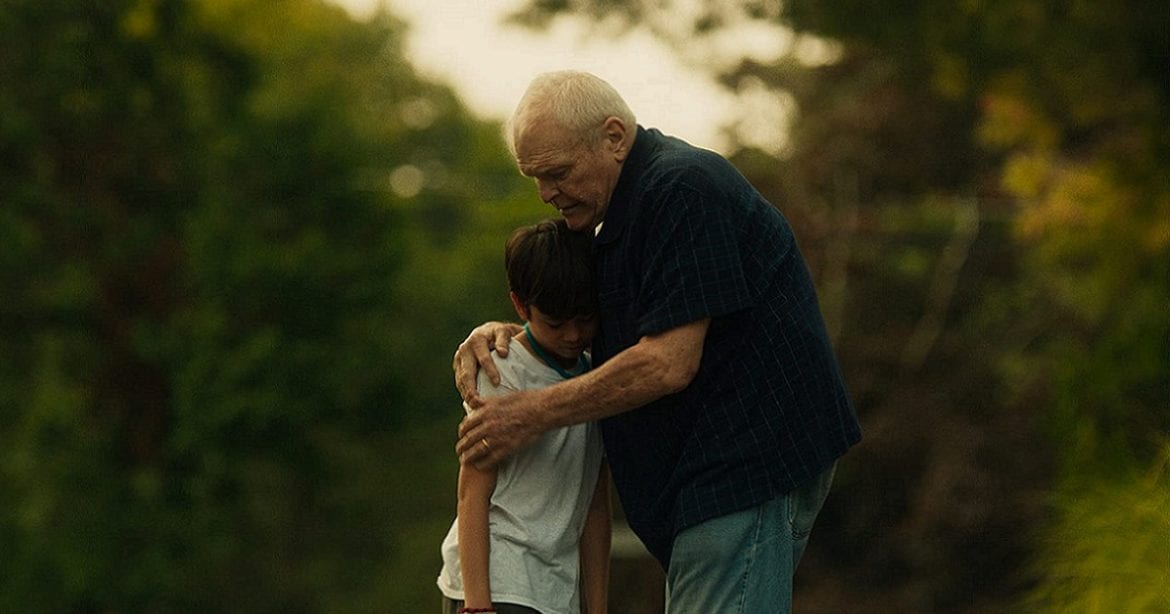 On April 15th, 2020, we lost the great Brian Dennehy. It goes without saying that, as an actor, he left behind a great legacy. As with many people, the first time I noticed him was as the intolerant Sheriff Teasle in First Blood. And with all due respect to Stallone, it was Dennehy who stole the show. The scene where he breaks down in tears after Rambo has a knife against his throat is the standout scene. He wasn’t just an antagonist, he was human. His maniacal mission to stop Rambo was to heal his wounded pride.

Dennehy has had great supporting roles throughout his career from Silverado, Cocoon, and the underrated Best Seller. He didn’t have many leading roles, though one that’s often overlooked is his role in Peter Greenaway’s The Belly of an Architect. A film that might not be as abstract as most of Greenaway’s oeuvre, but a wonderful slice of strange cinema nonetheless. He also brilliantly portrayed real-life serial killer John Wayne Gacy in To Catch a Killer.

His great love wasn’t just cinema, it was the theater. His affection for the works of Eugene O’Neill was well known. I have a feeling that his greatest performances lie on the stage, rather than on the screen.

When this movie was offered to me to review, I didn’t have any expectations. I just thought it would be nice to review one of the last movies of Brian Dennehy’s career. I didn’t see a trailer, I didn’t even read the plot. I just saw his name attached, and that was it.

My affection for Dennehy aside, Driveways turned out to be a beautiful little film. Warm, yet not overly sentimental. There’s sadness, but it doesn’t let itself wallow in misery. It also boasts a near career-best performance from Dennehy. It’s not a film that will enrapture the masses — and it will certainly not make much of a financial profit — but it deserves to be seen.

Driveways is not just an indie gem, it’s one of the best movies of the year.

After the sudden death of her sister, Kathy (Hong Chau) travels with her son, Cody (Lucas Jaye), to her sister’s house, hoping to clean it up and sell it on the market. This change takes a toll on the emotional state of her son, who’s extremely sensitive to sounds and lights, possibly indicating he is on the spectrum. He also suffers from anxiety and has trouble socializing with his peers.

As she’s cleaning out her sister’s house, Kathy discovers she never really knew her sister. It seems that she suffered from obsessive-compulsive hoarding. Besides her grief, she’s also dealing with the stress that comes with being a single mother, all the while she’s studying to be a nurse. Even though the house is barely habitable, they eventually are forced to stay there, since Kathy cannot afford for them to stay in a motel for all that time.

After an awkward encounter with some local kids, Cody takes refuge with a friendly neighbor, Del (Brian Dennehy), a veteran and widower. In private, Del still mourns his wife and is haunted by the regrets that come with living a long life. Between these two different souls, a friendship begins to grow, as Cody slowly begins to open up thanks to the old-timer.

Nothing much happens in Driveways. There’s no action or spectacular effects. There’s no melodrama. There’s no big reveal or plot twist. We just follow these people in a short period of their lives. We see them spending time with each other, we see them doing their chores, and like most lives, it’s not always exciting.  But don’t confuse this with the film being boring, as a lot of subtext can be found in these little scenes. A short scene with Del just lying in bed, staring at the ceiling reveals a sleepless night, deep thought, a sadness he cannot share with anyone. A short scene with Kathy sneaking out of the house to have a few drinks illustrates the need to wind down a bit, and take some refuge from the drudgery of being a single mother. A lot is being shown here without the need for excessive exposition.

And then there are the little details: the holes in Cody’s shirt, for instance, the mother giving a diner sandwich to her son — it shows that they aren’t made of money. Driveways is a movie made by people who lived this kind of life. It doesn’t feel like the Hollywood interpretation of real people. These are real people, imperfect, even a little messed up. At the same time, it’s not full of cynical people. Strangers come and try to comfort others. People try to understand each other, even if they can’t relate to their struggles.

When something seemingly cinematic does happen, it feels earned. It really has an impact. There’s a wonderful scene with Del’s friend, Rodger (Jerry Adler) suddenly reciting a poem from memory. The film stands still for a moment, savoring the words and its beautiful delivery by Adler (known primarily to many from playing Hesh in The Sopranos). There are moments like this sprinkled throughout the film. There’s the sudden empathy from Kathy’s realtor, the subtle yet palpable sadness in Del’s eyes when Cody asks about his wife, Del gently helping Rodger as he seems to suffer from early-onset Alzheimer’s. Everything feels genuine, nothing feels scripted.

But it’s the littlest moments that matter most. Cody joining Del in his VFW bingo game, Cody asking some local kids if they could come to the party or when Cody haggles a local guy in a garage sale — something that instantly gives him pride. We should also talk about Lucas Jaye’s performance, who’s completely natural in the role of Cody. Like all of the performances in Driveways, it’s so much harder than it looks, but he pulls it off. There are little things he does that makes the character a believable child, such as when he fidgets with his hand or touches the surface of a counter. When the emotions get too much for him, he just runs away, trying to search for a silent place.

Praise should be given to Hong Chau, who like the rest of the cast, seems so natural in her performance.

Throughout the film, Dennehy’s performance is incredible. Even in his quiet moments, you can see the life he’s living behind his eyes, the inner reflections about age, death, grief, and regret. But it all culminates in the final scene that features one of the most moving monologues I’ve seen on the screen in a while. One that really illustrates Dennehy’s stage prowess.

Even though it’s technically not Dennehy’s last on-screen performance, it does feel like a farewell performance. It’s equal to that of Richard Farnsworth’s in The Straight Story, Peter O’Toole’s in Venus, or Harry Dean Stanton in Lucky. A last poignant statement, the last hurrah before they venture into the inevitable void. What a man, what a beautiful man. Goodbye, we will miss you.

Thank you for reading! What are your thoughts on Driveways? Comment down below!

My Explorations of Tubi TV: Part 4