‘Obvious Child’ and ‘Landline’: Why Gillian Robespierre’s Films Should Be Your New Obsession 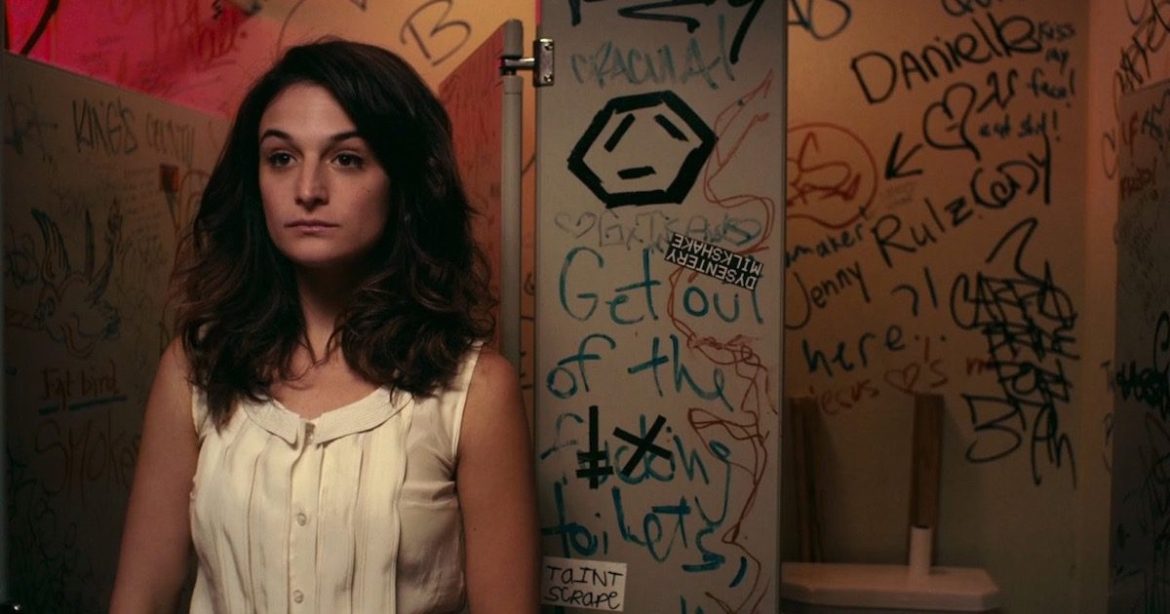 Six months ago, Gillian Robespierre wasn’t on my radar, but flash forward to now, I’ve watched her entire small yet unbelievably brilliant filmography, including both limited series she has worked on (A Teacher and Mrs. Fletcher) and Jenny Slate’s Netflix stand-up special. Underrated film directors like her need a lot more praise; they’re working on amazing films, but sometimes lack a devoted audience who would most certainly love them.

Obvious Child (2014) and Landline (2017) are by no means completely revolutionary, but they feel like home in one way or another. That feeling is unmatched. Coming-of-age films tend to have this comforting, warm-blanket feeling as you watch and relate to what these characters are going through. Whether that be a lonely college experience, a manic high school party, or just the general highs and lows of growing up. Robespierre creates a mellow atmosphere among her female characters which seems raw and genuine, and a powerful connection forms.

What makes these two particular films stand out for me is the way no one hides back what they’re feeling; on every rewatch, there’s something new to adore. Both Obvious Child and Landline feature a main storyline that takes place in the character’s 20s, so the vibe is already slightly different from the usual coming-of-age film centered around younger characters as Jenny Slate (the star of both films) paves her way through adulthood, facing problems as she figures out what to do with her life.

Who doesn’t want a female-directed and female-written movie with a female ensemble at its center? The women in these films feel so ‘normal’ yet so powerful — they overcome the tasks presented in front of them without help from a man, and make necessary decisions by themselves. So many on-screen performances where a woman seeks guidance have a man be the one who puts an idea into her head.

Robespierre writes her characters to be independent, even if they have stumbles with a man along the way. In Obvious Child, the main character has to overcome an obstacle involving a man, but solely goes with her own advice. Many films write their female leads to not have any involvement with a man at all — which I’m all for — but the normality in which Robespierre directs makes these situations so female-driven, even if a man is still in the picture.

Donna (Jenny Slate) is a comedian living in New York, in her 20s, recently unemployed, and has no direct path that she wants to go down. While at the bar where she occasionally does stand-up, she meets Max (Jake Lacy) and hits it off with him immediately. The two hit it off so much that they end up having a one-night stand, but nothing else seems to come of it until a few weeks later when Donna realizes she’s pregnant and doesn’t want to keep the baby. Obvious Child follows Donna as she decides what she wants to do, with the help from her mom and her friends.

This film makes you fall in love with Jenny Slate so much that you’ll beg for more. The way Obvious Child ends brings so much joy to me, and almost brings tears to my eyes. Its warm aura feels so natural and beautiful, despite its short runtime of only 83 minutes. It’s something to watch on a Sunday evening with a glass of wine. Films on pregnancy are common, however, the way Obvious Child captures this storyline of an unwanted pregnancy stands out. It rationalizes the situation, and adds in comedic elements which flow so nicely. Slate’s performance is incredible, and praise is due to her for being a fantastic actress who is actually funny.

Dana (Jenny Slate) and sister Ali (Abby Quinn) are finding their feet, both at different stages of their lives. Dana is engaged to Ben (Jay Duplass) and Ali is figuring out what she wants in life. One evening while high, Ali discovers hundreds of love letters from her dad to another woman that isn’t her mom. This 90s-set dramedy explores the ins and outs of relationships, challenging feelings and the truth, while causing you to fall in love yet again with Jenny Slate. Despite love affairs and complicated romances, Landline is so comforting. Dana and Ali’s friendship grows as sisters, and we find out what it’s like to grow up in a fast-paced city before the technology we have now.

As far as the most underrated films go, Landline is up there.

Other Women in Film to Watch Out For

Gillian Robespierre is a name that hopefully continues to grow in popularity, but along with her outstanding work, credit is also due to some other modern-day female directors. Jamie Babbit is someone that I have recently come to adore. Her onscreen LGBTQ+ characters are so wonderfully written, with additional praise going to the extremely underrated Addicted To Fresno, which is a MUST watch. Céline Sciamma is known for her critically acclaimed Portrait of a Lady on Fire, but Girlhood and Boyhood should be added to the watchlist too. Julia Hart’s Miss Stevens and I’m Your Woman are both also great female co-written and directed features.

Both Obvious Child and Landline are available to stream on various services across the world on VOD.

Thanks for reading! What are your thoughts on Obvious Child and Landline? Comment down below!