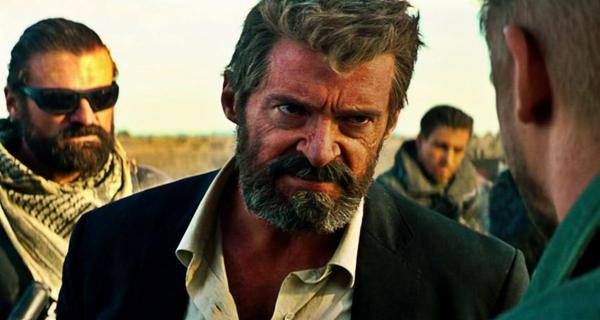 Although there has been some solid movies in 2017 already, it appears that Logan was the first highly anticipated movie of the year, raking in almost $90 million in its first weekend in theaters.  Now that the film has been out for a long enough time for people to see it, it’s time to get down to some spoiler talk!  If you have yet to see the film, you can read my spoiler free review by clicking here.  As you can easily guess, the following article will delve heavily into the plot details of Logan so a spoiler alert is in full effect.

Where Logan predominantly succeeds is in the littler moments of the film.  Not that the bloody, intense action isn’t great (it most certainly is), but the emotional drive behind Logan comes from the relationships in the film.  The movie alludes the fact that Charles Xavier killed the rest of the mutants with his crippling seizures from his degenerative brain condition that causes paralysis in all people within a certain vicinity.  This made for an incredibly touching and sometimes difficult relationship between Logan and Charles Xavier in that Charles simultaneously gave and took away all the happiness in Logan’s life.  I liked how the film played up the idea that despite this harsh truth, Charles is still the only friend that Logan has left which causes Logan to care for him down to the bitter end, even if it meant keeping him heavily sedated. image via The Mercury News

But the film also progresses the relationship between Logan ans Laura (or X-23).  We see in the beginning of the film that Logan wants no business helping X-23 since that would mean also getting wrapped in the pursuits of Pierce  (who I thought had a very nice swagger about him).  But after being coerced into helping her and finding out that she is his cloned daughter, he begins to find a purpose in life again, one that is worth dying for the end.  James Mangold expertly progressed their relationship, making it feel very natural and ultimately worthy of the emotional death of Logan in the end.  Other than our love that has grown for Wolverine over the years, this scene works so well because of the emotion built up throughout the film.  The final moment where X-23 changes the cross on Logan’s grave to an “X” drove this point home.

image via The Movie Network

Logan gets the freedom to express all is emotions and themes with the help of its R-rating.  Unlike many Marvel films that maintain their sweet, fun tone, Logan is allowed to get dark and gritty and explore heady themes…and show a TON of killing.  This is the type of violence that we’ve waited seventeen years for Wolverine to commit onscreen.  I love how the first scene (after that tricky Deadpool short faked everyone into thinking that it was the first scene in the movie) perfectly set up the type of movie we were going to see.  Rather than having the camera move away or cut around blood and limbs flying everywhere, we finally get to see it in all its bloody glory.  While brutal, it definitely is warranted.  The violence never feels gratuitous, but rather fits the character of Wolverine.  I loved when Logan or X-23 had a person on the ground and started pummeling them with stabs left and right.  It felt a natural move to make sure the person was dead but also made for some fun visuals.

Sometimes the action felt like a horror movie, especially when X-24 came around for the first time, slaughtering Charles Xavier and then the entire family that took them all in.  Since my mind is so conditioned to superhero movies where the stakes aren’t as high, I first thought that X-24’s introduction was a dream sequence since few films are that gutsy in their twists and turns.  We’ve seen movies use the clone idea before, with varying results to say the least, so I was very happy to see that the film played it very nicely, giving the rest of the film an extra sense of dread as well as furthering the theme that Logan is no longer his former self in his now broken, older state as mortality has caught up to him.  This twist also kept the film somewhat grounded, keeping the action restrained to hand-to-hand combat rather than some massive finale filled with hundreds of explosions.

Judging by both Logan’s critical and financial success thus far, it’s fair to say that the film is universally praised and enjoyed.  While it rarely happens for superhero movies, I am firmly in the driver’s seat of the bandwagon to get Logan a nomination for next year’s Oscars.  The film touches themes and depth that a superhero movie rarely ever tries to get to.  Considering it’s still March, this talk may be premature, but the Oscars notoriously discount genre films in their awards process, even if the movie is worthy of such praise.

In the end, Logan focuses on the characters rather than the action, creating a film that goes deeper than your typical movie.

Thanks for reading!  What were your favorite moments in Logan?  Be sure to comment below and let me know!

For the most part the movie was dark and tragic, the one moment of levity that stands out was when Logan found out that Laura can talk, and they begin arguing in the car. It felt very real, but was a lighter moment.

That was definitely a good one! Logan did such a good job of sprinkling in little moments of levity that really worked!

If I could describe the film in two words, it would be “Beautifully Tragic”. As such, thank you Hugh Jackman for your 17 years of awesome commitment, through both the critically good and critically bad.

If you haven’t yet, take a look at the video of Jackman doing ADR for the film, it really shows how much he loves the character!

Where could I find it? Is it on YouTube or somewhere else?

We really enjoyed Logan, although we weren’t sure how the story was going to play out It is a must see movie for X-Men fan’s! :)Teresa

I’d say it’s a must see for movie fans in general!