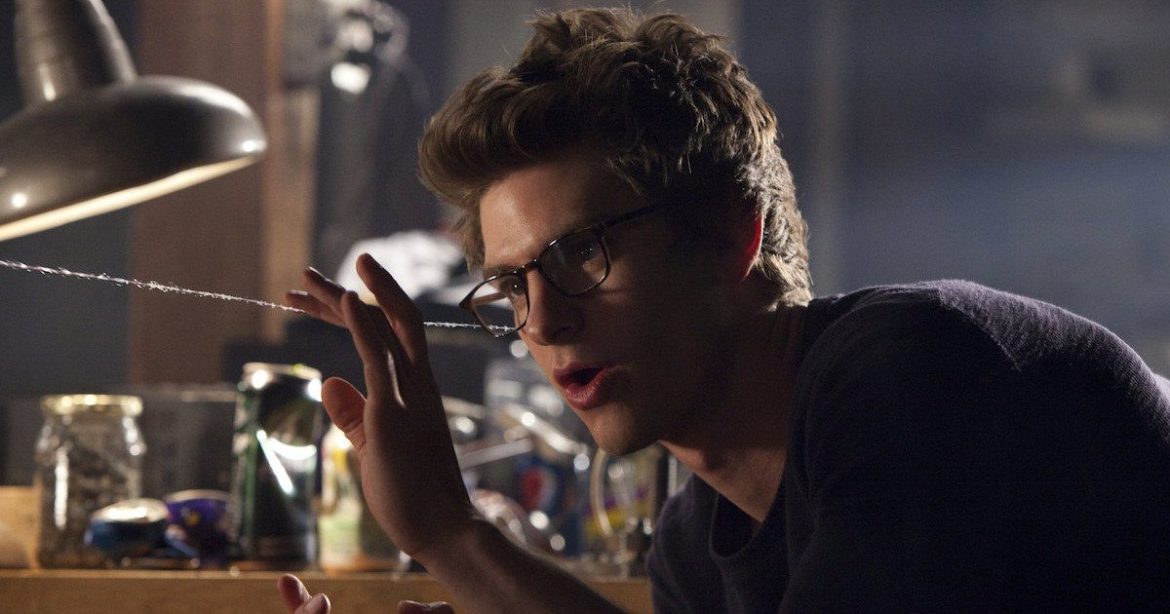 The casting is a lot of fun and meshes in a way you wouldn’t expect. Peter Parker’s character is on the nose with how awkward and likable he is. The film doesn’t dwell too much on the drama and the action moves at a sufficient pace to keep the viewer engaged without leaving them overwhelmed.

If The Amazing Spider-Man 2 hadn’t come along and bombed, Andrew Garfield could have been the ruling Spider-Man.

There are just some onscreen couples that have unbeatable chemistry like Spencer Tracy and Katharine Hepburn or George Clooney and Julia Roberts. Andrew Garfield and Emma Stone are up there in terms of cutest couples. They’re both so talented at portraying awkward, adorable characters. They have the most infectious personalities.

Though both were well into their 20s at the time of filming, they retained the uncertainty that comes with being a teenager in high school. During one of their many awkward flirting scenes, I pondered what the script said for the scene. The amount of “ums” and “ers” and “yeahs” that punctuated their conversation would have been nauseating if it wasn’t for how adorable the couple was.

I also have to thank the screenwriters for not dragging out the relationship. There wasn’t a lot of hemming and hawing on if these two would end up together. We know from almost the get-go of their friendship that Peter Parker and Gwen Stacy are endgame (if you’ll pardon the Marvel pun). It’s not a Sam-and-Diane situation that just frustrates you.

Spider-Man movies are always a mix of funny, exciting, and angsty. Sometimes, they lay it on a little thick in the angst department, such as in Spider-Man 2 or Spider-Man: Far From Home. A little angst for our titular character is good and rounds out the character, but too much, and Spidey just ends up an emotional mess.

Uncle Ben’s death was the most heartbreaking moment of The Amazing Spider-Man. Martin Sheen endeared us even further to a character that we already loved. He’s hilarious, caring, and a great surrogate father for Peter. His death’s futility was compounded by the fact that he was on his way to find Peter when it happened; Peter even ran into the killer and experienced a brief moment of kindness — when the criminal threw him the milk that the convenience store clerk had denied Peter moments ago — before he committed the atrocity.

Garfield’s expression of grief as Peter Parker is phenomenal. He exhibits the confusion and shock one would have in that situation and the anger and sadness that would seep into his interactions for weeks after. I enjoy that The Amazing Spider-Man took Peter’s grief and made it the motivating mechanism for Peter to become Spider-Man. It made more sense for him to evolve into a superhero than with Tom Holland’s Spider-Man whose grief we weren’t acquainted with.

Boys Will Be Boys

One of my favorite sequences of The Amazing Spider-Man is when Peter is messing around with his new powers. Like any teenage boy who’s just been given any measurable amount of freedom, he tests his limits. To test out his webs, he doesn’t test them out on a low height. Instead, he goes to the top of a skyscraper, performs a one-handed, two-fingered handstand on the edge, and then flips off the building, shooting out a web to swing from.

This reckless behavior is indicative of Peter’s youth. I love Garfield’s boyish charm and juvenile whoops as he finds out the stunts he can do. I also love that one of his first ideas with his new powers is to try the craziest skateboard tricks he can. He’s a superhero, but he’s also a kid with a skateboard and a lot of time on his hands.

This playfulness is exactly what the character of Spider-Man demands. Despite taking down bad guys and continually saving the city from evil, he’s still just a kid. He cracks jokes during fights and gets cocky with his mask on, taking risks and generally showing off. He’s literally just a kid.

The Amazing Spider-Man just looks amazing. The final battle is just beautiful, especially with the metallic blue hues that light up the screen. Shadows are well-placed to signal character personalities and intentions. It’s just a treat to watch.

I truly love the 2012 look that this film embraces. It perfectly reflects the aesthetic I so fondly remember from my junior high years (yes, I am young). The metallic and neon colors are just beautiful and place Peter Parker squarely in modern times. He’s just like us — except he can shoot webs and climb walls.

Thank you for reading! What are your thoughts on The Amazing Spider-Man? Comment down below!