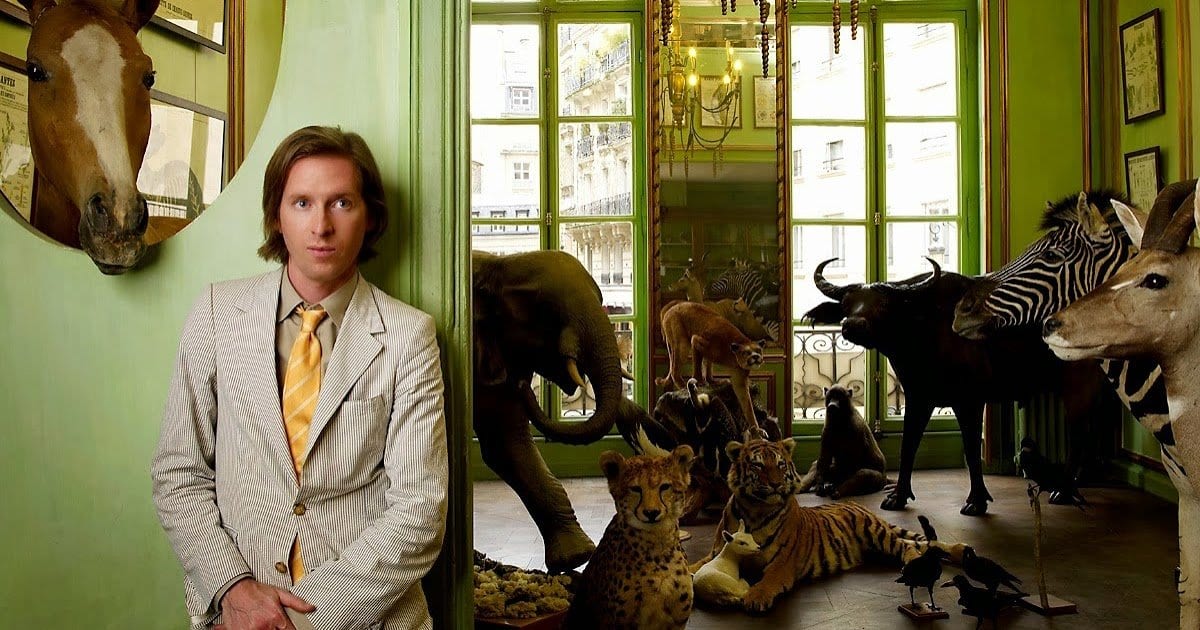 Wes Anderson has a solid record of movies such as Moonrise Kingdom and The Grand Budapest Hotel, which actually won a few Academy Awards. While he does get praise from many, there are others who don’t really get his style of filmmaking. Many people could say that his type of style isn’t their cup of tea. Regardless, his style is instantly recognizable, so what exactly does he do to stand out? Let’s dive in and see what he puts in his films.

His Sense of Comedy

Most of the comedy in his films is incredibly offbeat. Wes Anderson tends to use it in serious situations, which is unpleasant to some. However you feel about his humor, it’s still a clear choice that makes Anderson distinct.

Sometimes comedy doesn’t always have to be thrown at you like a ball in a game of catch — the best comedy is when you least expect it. Anderson hits the right notes when he adds his brand of comedy. The tone is kept fairly serious while comedy is utilized. He does a great job with it in films like The Life Aquatic with Steve Zissou and The Grand Budapest Hotel.

In movies such as The Life Aquatic with Steve Zissou, The Grand Budapest Hotel, and The Darjeeling Limited, Wes Anderson directs scenes as if they were plays on a stage. An example would be in The Life Aquatic when Bill Murray is walking around a ship.  Instead of the camera following behind him, a set is built of the side of the ship, giving a wide view of everything that is happening as he walks from room to room. Rather than cutting, he keeps the scene going by following the character while at the same time offering a look at what is happening around in the environment. This helps each scene to flow smoothly.

His Rapport with Actors that Keep Coming Back to His Films

Many directors would only work with the same actor for two to three projects, but not Wes Anderson. His notable reuse of actors includes Owen Wilson, Luke Wilson, Jason Schwartzman, and of course Bill Murray as he has appeared in nearly all of Anderson’s films. That is one aspect that even a layman would notice. It’s not every day you see a director recast an actor over and over again and it’s undeniably fun to see Anderson cast these actors and put him in a different role with different characteristics.

Let’s focus on Bill Murray. In Rushmore, one of Anderson’s earliest films, he plays a rich, high-profile company owner who helps Jason Schwartzman’s character. In The Life Aquatic, he’s an oceanologist looking to fight a big fish underwater. His roles aren’t always that obscure, but Bill Murray still manages to succeeds in each role.

His Music Choices are Always Stellar

Anderson gets help from his music supervisor Randall Poster. Depending on the tone of the movie, they select songs to match it. When Anderson wants a scene to be fast and loud, they select a 70s rock song.  When he wants to have a heartwarming scene, they select a soft acoustic song. Randall Poster does a good job of giving Anderson a good song to use and it always turns out great. An example would be in The Life Aquatic, they used the song Search and Destroy by The Stooges for a comedic Bill Murray shooting scene.

His Storytelling is Lovably Odd

In films like The Royal Tenenbaums, Wes Anderson depicts the film as a book with chapters, with each act having an equal amount of chapters. This allows him to tell the story with a good, structured narrative. It’s brilliant if you ask me.  Even when Anderson doesn’t use this technique, the feeling of strong narrative structure is still there. In Rushmore, his narrative is a bit more like a play rather than a book.

With a lot of stories he has told, Wes Anderson has a unique way of telling them. His movies’ tones are always serious even with comedy being played. His style is very out there and no one else does it better. We’ll see how Anderson performs in his newest film Isle of Dogs when it releases in March 2018.

Thanks for reading!  What are your thoughts on Wes Anderson?  Comment down below!

One of many things that I love about Wes Anderson films is the meticulous production design. The color palette on his films alone are incredible and very specific to his style.

P.S. I’ll be reaching “The Darjeeling Limited” soon on my Adrien Brody blog (going in chronological order, with rare exception). I cannot wait to dive into it! Woo!!

Oh my gosh, how have I not commented on this post yet? This is wonderfully written, and carefully considered, and I love it. I also love Wes Anderson movies, and I don’t care who likes it! nods defiantly

I’m a big Wes Anderson advocate. Do George A Romero next.

I LOVE Wes Anderson films. I actually reviewed and discussed the significance of Moonrise Kingdom in my recent article for finding love in other mediums https://thatgirlammaarahwrites.wordpress.com/2018/02/14/valentines-day-finding-love-in-other-mediums/