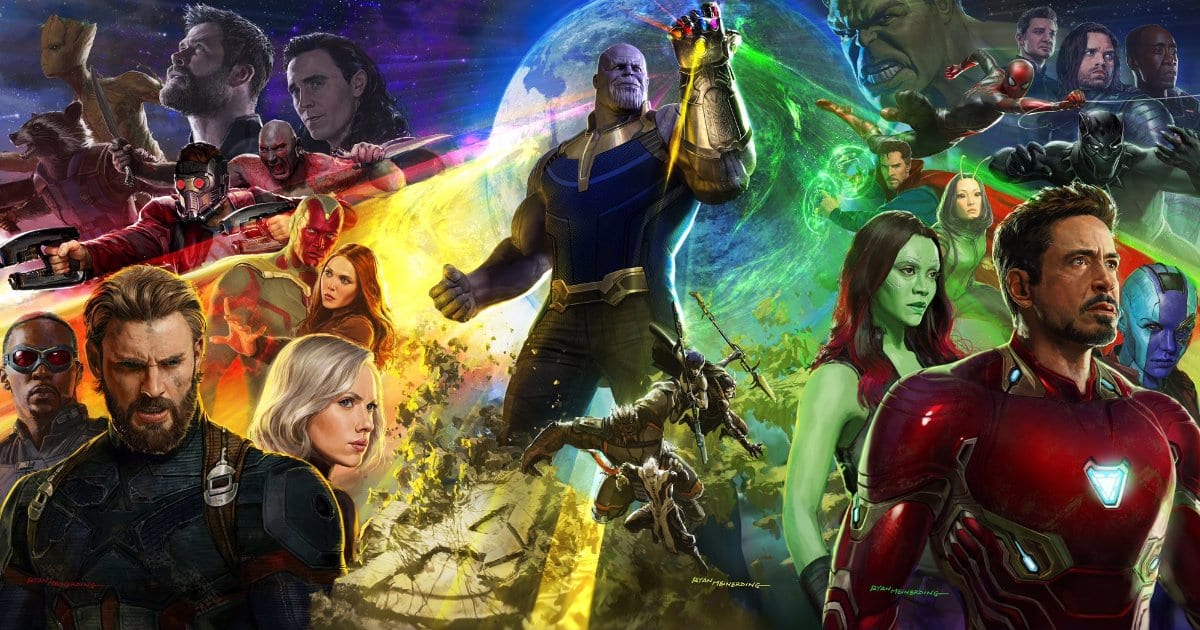 Wes Anderson is the king of quirky, making every single one of his movies a must-see for anyone that enjoys offbeat fun.

Isle of Dogs quite possibly contains the best cast of the year.  It sports Wes Anderson regulars and newcomers with the chance to tug on your heartstrings with a story of a boy and his dog at the center of the stop-motion madness.

The Happytime Murders is the most inventive film of 2018, containing Jim Henson style puppets in an R-rated murder mystery.  The film brings together a mismatched cop duo in a type-A human and a hard-drinking puppet.  Together, they attempt to solve a murder of famous TV show celebrities.  The movie sounds insane, which is exactly why you’ll see me opening night at a theater in August.

It was a tad curious to hear of a sequel to Denis Villenueve’s Sicario.  However, is appears as if Sony is going about it in the correct manner.  Emily Blunt’s storyline was clearly finished after Sicario, making it a smart decision to make the sequel focused on an all-out assault of cartel personnel led by Benicio Del Toro.  Let’s be honest, we were all sold Sicario 2 as one the most anticipated movies of 2018 the moment Del Toro went nuts with his handgun in the trailer below:

After Civil War, everyone left the theater unbelievably excited to see more from Chadwick Boseman’s Black Panther.  The trailers for the character’s standalone film promise a world that blends far-out technology with beliefs rooted in tribal connections.  Black Panther has Bond-like gadgets, fights for the throne, and a culture that deserves more exposure.  What’s not to love?

2017 had a breakout horror film from a comedic mind in Jordan Peele’s Get Out, and 2018 looks to have something similar.  A Quiet Place is the directorial debut of funny man John Krasinski and stars himself alongside his wife, Emily Blunt.  The premise of the film is unbelievably intriguing as it appears to have monsters that can only sense sound, forcing a family to live in silence or become prey.  We’ll have to wait and see why Krasinski’s movie family stays in an area that forces them to remain quiet, but the premise alone deserves a spot in the most anticipated movies of 2018.

Each of the last few Mission Impossible films have been a great deal of fun.  With Tom Cruise continuing to up the stakes in action sequences, MI6 could be the craziest one yet.  In fact, Cruise reportedly trained for a year to film one particular stunt.  While the details of the stunt have been kept under wraps, an Instagram post by the director alluded to the use of wingsuits.

If nothing else, the film should offer a little chuckle as we’ll see Henry Cavill’s mustache in full action after it tampered with Justice League earlier in 2017.

Even if you aren’t the biggest Marvel fan, it’s still interesting to see how the Russo Brothers will manage to fit so many beloved characters into the same movie while giving Thanos the opportunity to shine as the villain.

From the trailer provided, it appears as if Infinity War might contain the usual tropes of a large superhero movie with a giant disposable army and a destruction machine above a city.  But, seeing some type of conclusion to the most successful cinematic universe is still absolutely tantalizing.

Annihilation looks to provide a cinematic experience unlike any other in 2018.  Based on the book of the same name, we follow scientists that go into an environmental disaster zone.  A previous expedition entered the zone, but not everyone returned.  The film looks scary, intellectual, and trippy to boot.

However, what makes Annihilation even more interesting is that initial test screenings claimed the film as “too intellectual.”  Paramount has had issues marketing the film as a result since they want to accurately represent the film but still get butts in seats.  Executives at Paramount argued whether or not to make the film more crowd-friendly.  Luckily, the original cut of the film won out.

Because of this news, Annihilation will be unlike anything else we’ll see in 2018.  It might not please everyone, but a movie that gets everyone talking deserves a spot as one of the most anticipated movies of 2018.

Ready Player One might rely on nostalgia, but Steven Spielberg is at the helm of the film, which means that it should also have a sweet story to prop up its remembrance of 1980’s pop culture.

From the trailers alone, we’ll get to see characters like The Iron Giant, Deadpool, Harley Quinn, and Freddy Krueger as well as items such as the DeLorean from Back to the Future interact with countless other popular culture objects as the main character moves through a virtual reality world full of possibilities.

I think the Bob Ross spoof trailer speaks for itself!

Thanks for reading!  What are your most anticipated movies of 2018?  Comment down below!

2018 is looking like a great year for movies for fans of all genres! Can’t wait!

I am soooo stoked for Deadpool2! lol.

I’ll keep an eye out for it!

Great list. Deadpool 2 is seriously going to be amazing. I am really looking forward to that one. Besides the movies that are already on this list, I also can’t wait to see Meg and Alita Battle Angel. I think 2018 is going to be a great year for movies ?

One can only hope!!! Hopefully there’s enough money to go around for all of them!

Ready Player One is a seriously wild card. It could be amazing, but it might also bomb at the box office. We’ll see!

So excited for jwfk!! Huge Jurassic park/world fan and have passed it onto my daughter ? also it comes out the week of my birthday!!!! Yay!… also looking forward to ready player one, because Spielberg. Awaiting Disney’s next few live action films with interest too. ☺☺☺

Thanks, but I can’t see it will be bad with indoraptors to look forward to ☺

Thanks for this. I shall keep a lookout for some of these and let others just go by.

If Happytime Murders wasn’t so R-rated, I would have wanted to see it more as I love the inventiveness of it! And like you, I also am intrigued with A Quiet Place and how it’s a horror movie based on sound alone or silence.

I did a top 15 most anticipated in November and they were:

I’m fascinated by Mowgli! At this point, I’ll see anything that Andy Serkis is involved in!

I was always way more interested in this Jungle Book project than Disney’s remake in 2016.

I think so too! I love that version, but this offers something very different!!!