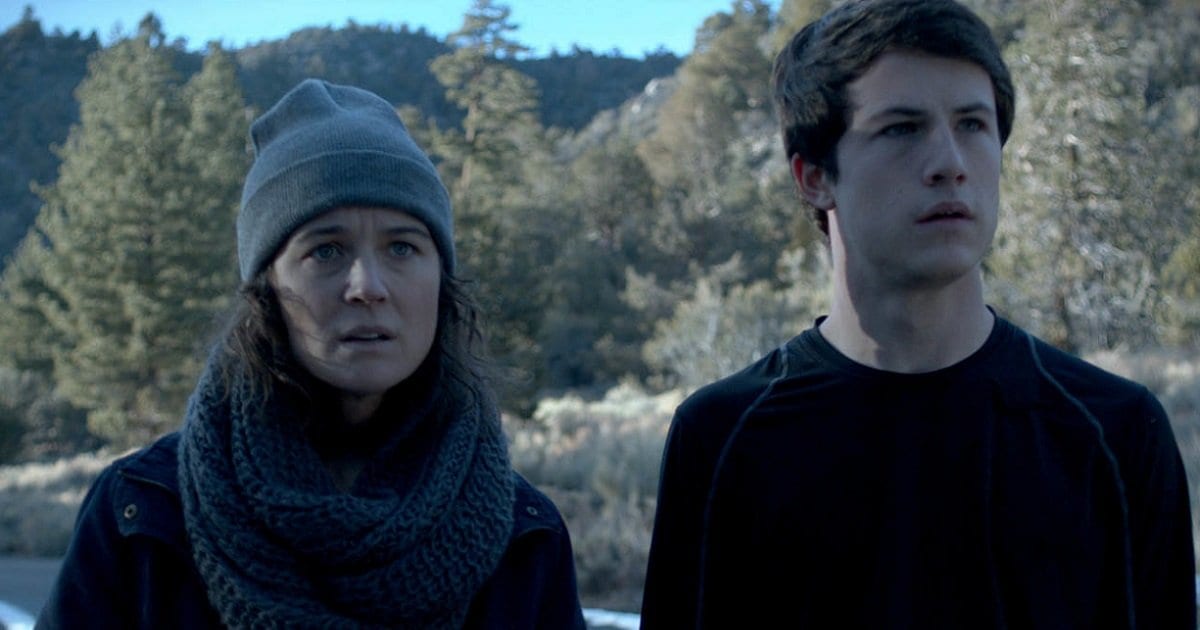 Before I go deeper down this rabbit hole, let me clarify: the question in the title almost doesn’t make sense. The scrapped Resident Evil: Arklay TV show is an aborted series that doesn’t exist. So, firstly, what ‘universe‘ am I tangibly talking about!? Well, I’m talking about that of the Resident Evil horror survival game franchise created by Capcom. Not Paul W.S Anderson’s bastardized, confused, cinematic fashion show.

Parallel to this, if you were paying attention to what was released on Netflix in January, chances would point to you, at least, knowing about The Open House. Being quite a dull and tawdry psychological horror film, not many would have actually given much thought to it. Akin to that misfortune, critics ripped it a new one.

But the one project that I’d almost guarantee you haven’t heard about (prior to my aforesaid first paragraph) is this fantastic Resident Evil themed short film titled, Dave:

Directed by Shawn Lebert, this twelve-minute short film is moody and malevolent. Paced proportionately to its length, it offers an engaging backstory with a suspicious murder scene (what murder scene isn’t suspicious?). Arcane nods to the game series include the MO disk our protagonist, Jim Reinhardt, finds in the BBQ grill and Marvin Branagh from Resident Evil 2 making a fleeting appearance.

One clear intimation is the proposed use of the name ‘Arklay’ which is referring to the mountainous region outside Raccoon City. Arklay (or Resident Evil: Arklay) was the mooted name of the series.

It follows the epoch of an investigation where our main character discovers the death of his brother, Dave. With a high degree of ambient fidelity in tandem with the terrifying, puzzling games, it’s a spot-on effort.

This project essentially posed as merely a concept film propositioning itself to be made into a full-scale TV show. Fans were enthused by its potential with Mance Media at the helm before it was rejected. That said, the backlash became fairly measurable on social media with the hashtag #WeWantArklay trending for quite some time.

Interestingly, this whole debacle can hark back to Steven Spielberg’s controversial comments on film and TV becoming more homogeneous. With Netflix, Hulu and Amazon Prime proving to be generally problematic in terms of qualifying factors for recognition and awards.

Surely having the efforts of this great short piece exposed will only positively accrue more notice and extend the industry’s proximity of monetized talent. Which might be a good sign for future filmmakers; the ‘value’ of films may diminish but the inclusion of them, however, might not. Forgive my straying away from the topic at hand.

If you haven’t figured already, The Open House is a horror/thriller released on Netflix early this year and directed by Matt Angel and Suzanne Coote. Its narrative involves two grieving characters, mother and son, who are intermittently staying in quite the abode in the suburbs of their previously inhabited town.

For reasons that are quite obvious, I can’t show many screenshots back-to-back, but I assure you that if you look for yourself, you’ll instantly recognize the likeness.

The Open House was shot in Big Bear Lake, California. Dave, on the other hand, includes meager details. The house used in these films — assuming it is the same one — is not only structurally identical but also the decor and even ornamentation are uncanny. The design of the front door; the tiles on the floor; the argyle shapes on the door window. Even the false stag pointed at the front of the house is present and in the Resident Evil world, taxidermy is no stranger.

Ok… ‘Far Fetched’ Doesn’t Even Begin To Cut it

Of course, before the cynics swarm, it could just be happenstance. The production teams behind each film may have used the same location in an expedient deal, let’s say. Not as much information is readily available when dissecting the production of Dave. Its pure shooting convenience would screw this theory to the ground and most likely so. In the credits of both, the usual disclaimer is present, stating that any similarity to any other piece of work is coincidental.

But how ominous and cool would it be if filmmakers did this more often? What’s even more interesting is the timelines of the two, if you could take the time to ponder. Could The Open House be a prequel of some sort to Arklay? Seeing as how inexplicable its third act undeniably was, The Open House was personally a more perplexing and enjoyable film for this comparative M. Night Shyamalan-esque reason.

Nevertheless, Dave is a short film that I would highly recommend for any aspiring filmmakers out there. This strange, tiny, obscure observation was something that I haven’t read anywhere else. It would certainly be thinking outside the box. Congenial with how Split was (please stop reading if you want to avoid spoilers!!!) was actually a sequel to Unbreakable.

The Resident Evil reboot still has James Wan attached for the time being. But hopefully this weird insight will make The Open House a better watch and expose Lebert’s excellent short film, Dave, in a justified rekindling.

Thanks for reading!  What are your thoughts on Resident Evil and its connection to The Open House?  Comment down below!

[…] Jackson is well-known to horror veterans. She’s someone I mainly know for inspiring the hit Netflix television show The Haunting of Hill House. Personally, I’ve been too terrified to rewatch […]