After Infinity War, What Should We Expect from Ant-Man and the Wasp? 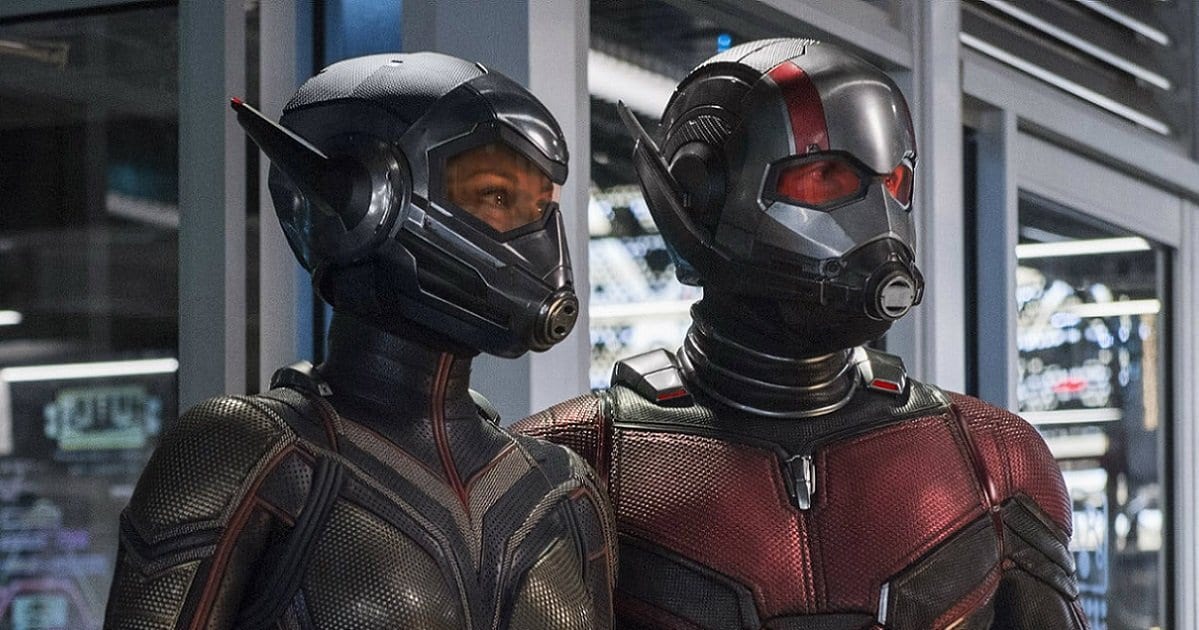 Ant-Man was a surprisingly entertaining entry into the MCU in 2015. It came on the heels of Guardians of the Galaxy during a time when we realized that Marvel could do whatever the hell they wanted. With a new trailer for Ant-Man and the Wasp set to drop on Tuesday, it begs the question: what do they have planned for us?

Ohh, and for those of you that haven’t seen Infinity War: 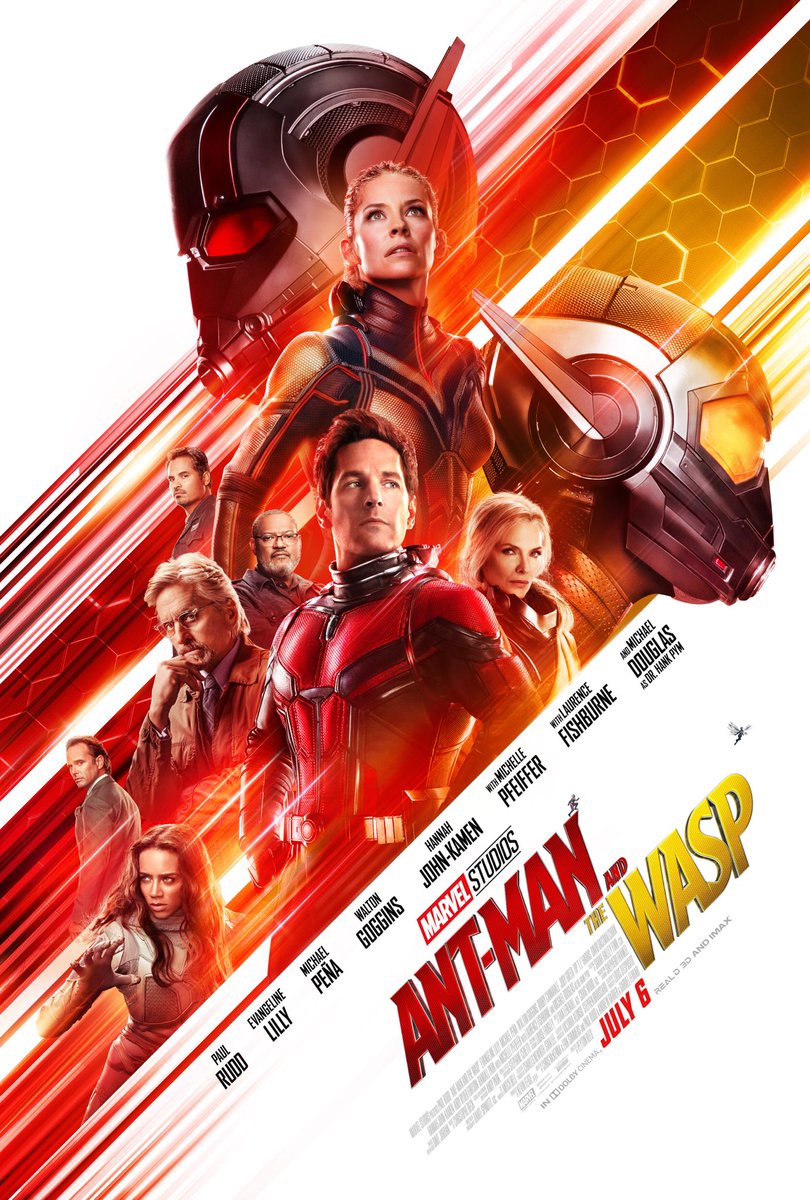 The following is pure speculation. Simply one fan’s desire to dissect a trailer he isn’t even sure he is going to watch for fear of Ant-Man spoilers.

When Does Ant-Man and the Wasp Take Place?

That idea can be exciting and deflating at the same time. I am extremely torn on if I want this year’s entries into the MCU tied that closely together.

Infinity War could make Ant-Man much more predictable. Imagine both endings happening simultaneously. Would we be OK with that? I mean it could be amazing knowing that the ending of Ant-Man is going to give us another glimpse into the disappearance of half of the world.  Kind of like the post credits scene of Infinity War showed us what happened in New York at the moment of the snap.

That could make the ending of Ant-Man that much more obvious. By having one or more of our heroes disappear could result in a “been there done that” scenario . It could be amazing, and heartbreaking, but ending two Marvel movies in a row the same way could be risky. To pull that off they would need to end Ant-Man in a way that makes the same subject matter seem fresh while also having the ability to stand alone as an ending for the Ant-Man sequel. Can an ending to one movie which depends solely on another movie still work?

The Sequel We Didn’t Know We Wanted

I loved the original Ant-Man, much more that I thought I would. It was fun, hilarious, and a great heist movie all on its own. I really don’t like the idea of its sequel depending on another movie to be complete.  It would almost seem like they didn’t have enough faith in its creators to make a movie strong enough to stand on its own. As a creator, I know I wouldn’t like to have that dramatic of an ending shoe-horned into my movie unless it really worked.

What Was Ant-Man Really Doing During Infinity War?

There have been murmurs that the new trailer will show what Ant-Man and the Wasp were doing during Infinity War. I assume that is why they chose so close to Infinity War‘s record breaking weekend to drop the Ant-Man and the Wasp trailer. We are craving for more answers and glimpses of what is to come as we anxiously wait for Avengers 4. What if the snap happened midway through Ant-Man? How amazing would that be to have a half a movie left to get more answers to what’s next. Knowing our luck, they would just leave us with more questions.  A disappearing Scott at the end, and just more heartbreak as we watch our favorite heroes turn to dust. Then more anticipation as we wait for Captain Marvel in March 2019.

Another amazing idea would be if present day Captain Marvel is introduced in Ant-Man. By now everyone has figured out that Nick Fury’s frantic page during the post credits scene of Infinity War was him summoning Captain Marvel.

Kevin Feige has also stated that Captain Marvel is going to be the most powerful hero they have ever shown onscreen.  With the Captain Marvel movie  taking place during the 90’s, and showing Carol Danvers transformation into Captain Marvel. Wouldn’t it be amazing to get a sneak peek of her and what she is capable of sooner rather than later?

Let’s imagine the snap happening halfway through Ant-Man. Leaving him having to try and find answers from his fellow Avengers. With so many of them scattered around the world and half presumed dead, where is he to go to get the answers he wants? Then out of the sky drops Captain Marvel to answer Fury’s page and help where she can. Goosebumps just thinking about it. Will it happen? Probably not, but imagine the possibilities!

Thanks for reading!  What are your thoughts on Ant-Man and the Wasp?  Comment down below!

As for when this film will take place, it’s going to take place after Civil War but before Infinity War. After Infinity War has hurt out feelings (in a good way), we need a breather before a certain Captain can come around to shift the tide back towards the light of justice.

This is great! Also loved the Spoiler Alert – thanks again

I’m guessing Natasha’s comment about house arrest is just the beginning of Ant-Man and wasp. It’s probably going to take place a little bit before and during Infinity War. In the teaser we see Scott get an ankle bracelet but also see him on the run with Pym and Hope. Them diving into the Quantum realm will probably happen during the “snap” and when they come out they will have to find the remaining Avengers to help them go back in time using the realm. But I feel like Ant-Man 2 will be a lot of fun and light hearted and not connect to much until the final moments or after credit. I doubt we will see Captain Marvel. Maybe another Hawkeye reference since they both took the deal with the government.

I can’t recall where I heard it but it was stated that Ant-Man and the Wasp takes place shortly after Civil War. However in Infinity War, Steve, Natasha, and Sam are still criminals so with Scott being in house arrest, I could see the possibility of the movie taking place during Infinity War

Thanks! Glad you enjoyed. The trailer really didn’t give us to much in answers but still excited to see it.

Film Review – Pirates of the Caribbean: The...